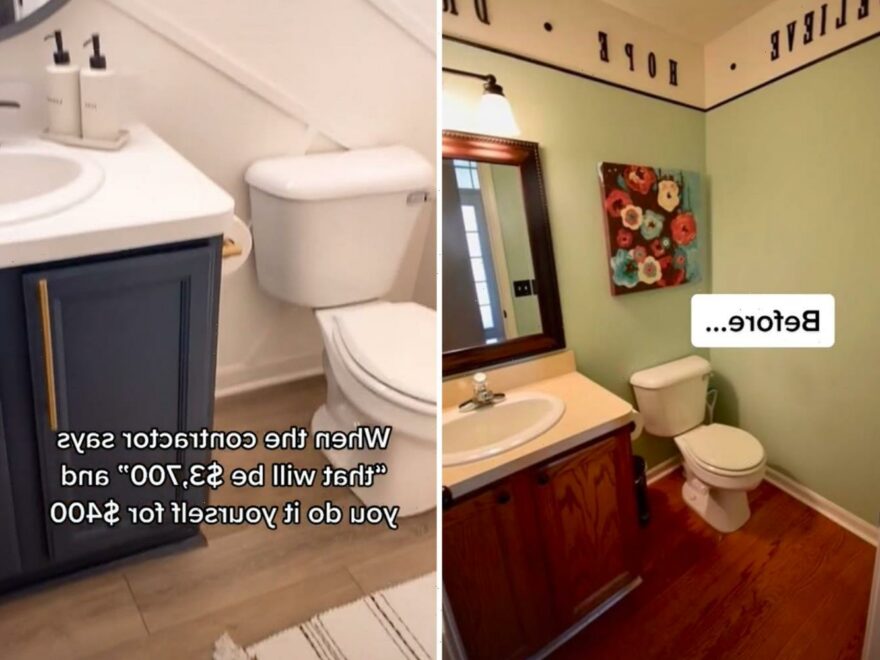 RENOVATING your home can quickly rack up costs and when one woman was quoted almost £2,700 to transform her bathroom, she decided to take matters into her own hands.

Ditching the professionals for a DIY job instead, the woman gave her dated half bathroom – made up of a toilet and vanity – a much needed facelift for just a fraction of the price. 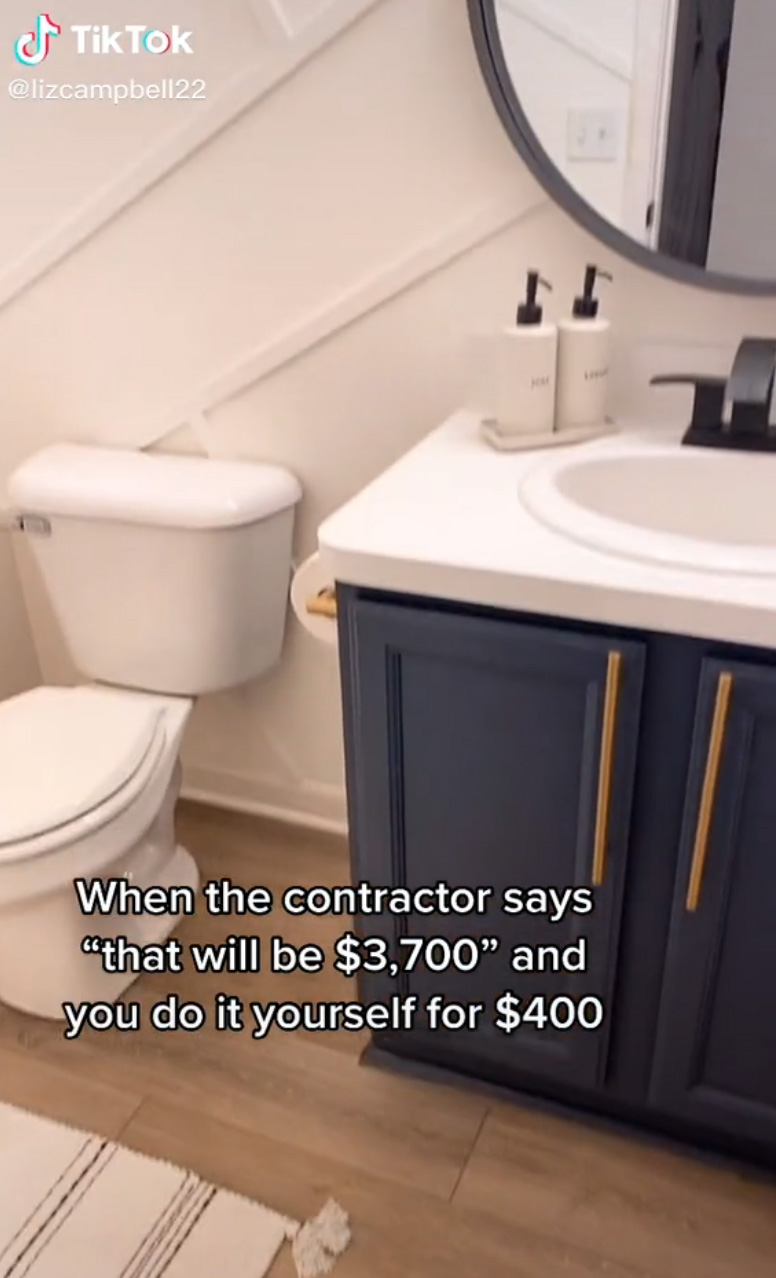 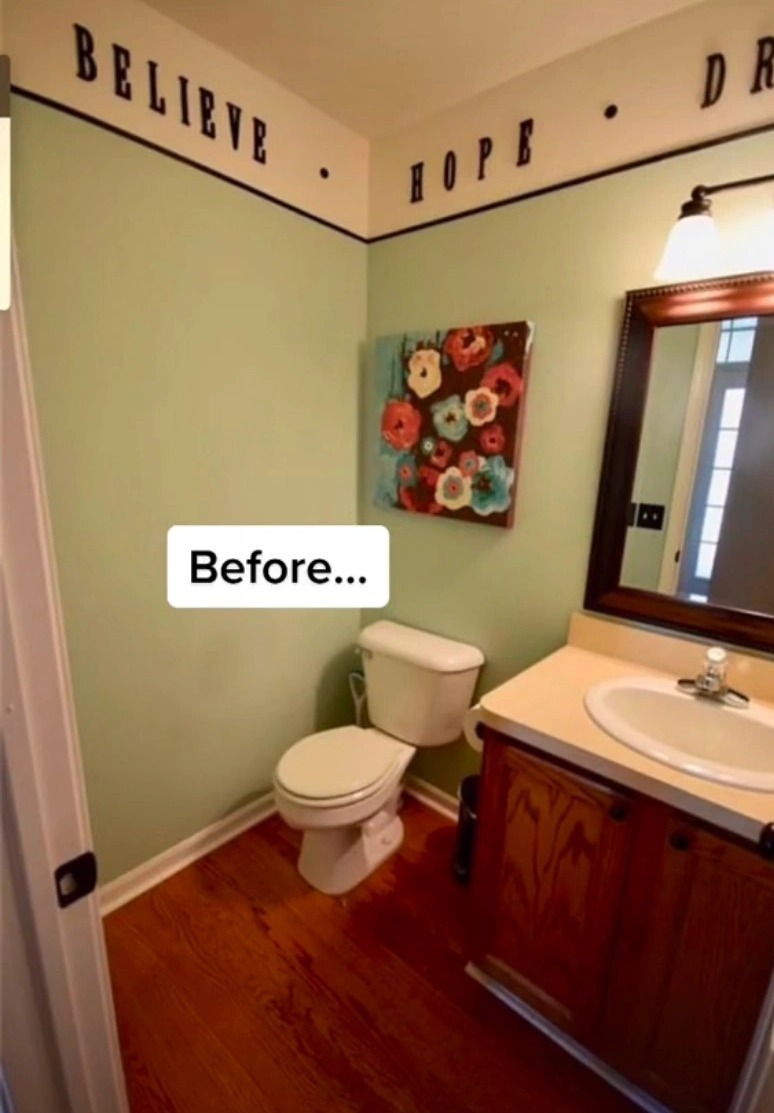 Relying on her own DIY skills and tins of paint, she was able to create her dream bathroom while saving herself a fortune and without breaking the bank.

Posting the stunning transformation online, TikTok user @lizcampbell22 revealed she was quoted $3,700 (around £2,690) for a contractor to come in and carry out the work for her.

She decided against paying out for a professional job and instead threw herself into renovating the bathroom herself – saving herself a huge $3,300 (£2,400) as she managed to put it all together on a budget for $400 (£290).

And it was $400 well spent, with the woman transforming her dated bathroom – that came with an old vanity cabinet and a dingy green shade on the wall – into a chic space, with panelling on the walls and modern furnishings.

Over three weekends, the woman, based in the US, explained how she achieved the finished look with bargain buys at Target and fresher shades of paint.

Turning to YouTube videos and other professional renovators she follows on Instagram, the woman was able to panel the walls herself with wooden trims.

She then covered them in a coat of white paint to lighten up the space and changed the chunky wooden mirror for a sleeker design from Target.

Keeping the same vanity cabinet, the woman revamped it with a navy paint – changing the handles for sleek gold bars she snapped up from Amazon and a new tap.

She dressed up the sink area with monochrome accessories and a plant pot and threw a cream boho-inspired rug down on the floor – again with all items being purchased from budget retailer Target.

Those that came across her video, that has been watched over 1.4million times, were left so impressed.

Praising the DIY fan's efforts, many were left inspired to tackle their own renovation plans themselves, with the post racking up over 1k comments.

"Yesss… that's all the motivation we need to do things ourselves," said one person. 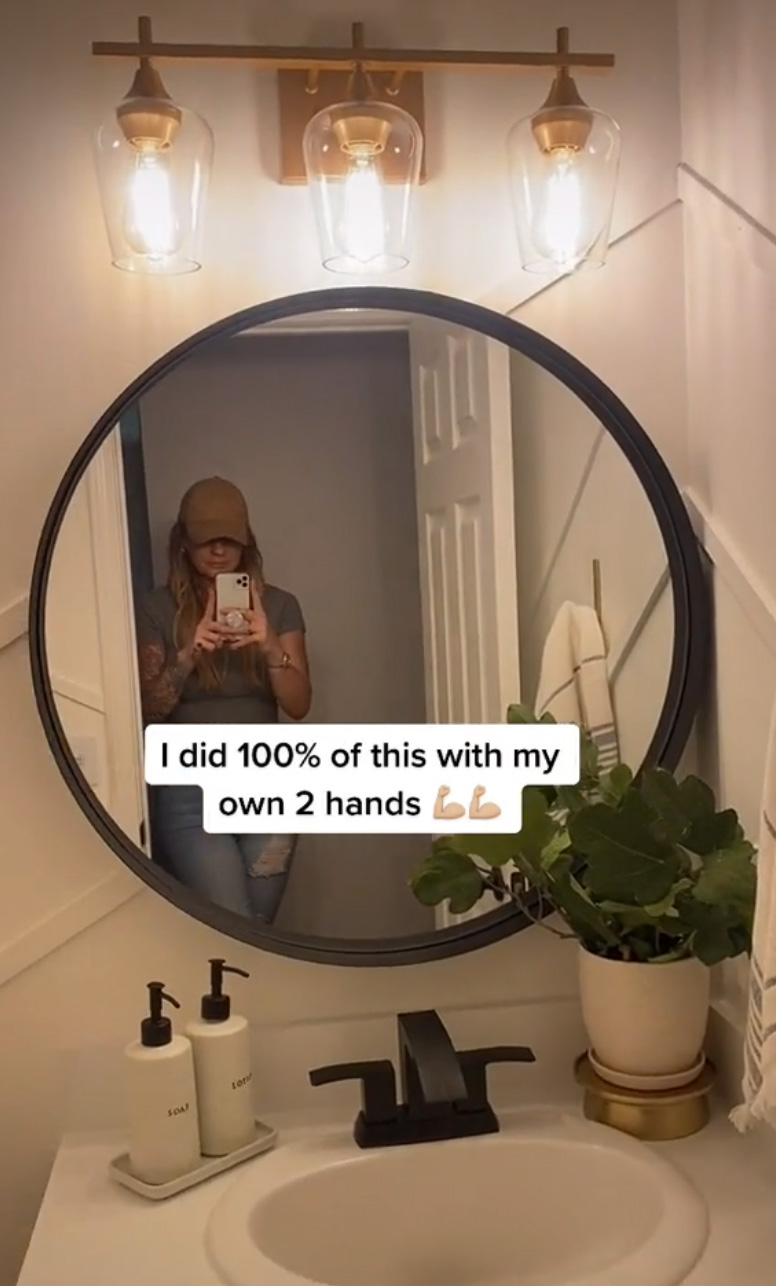 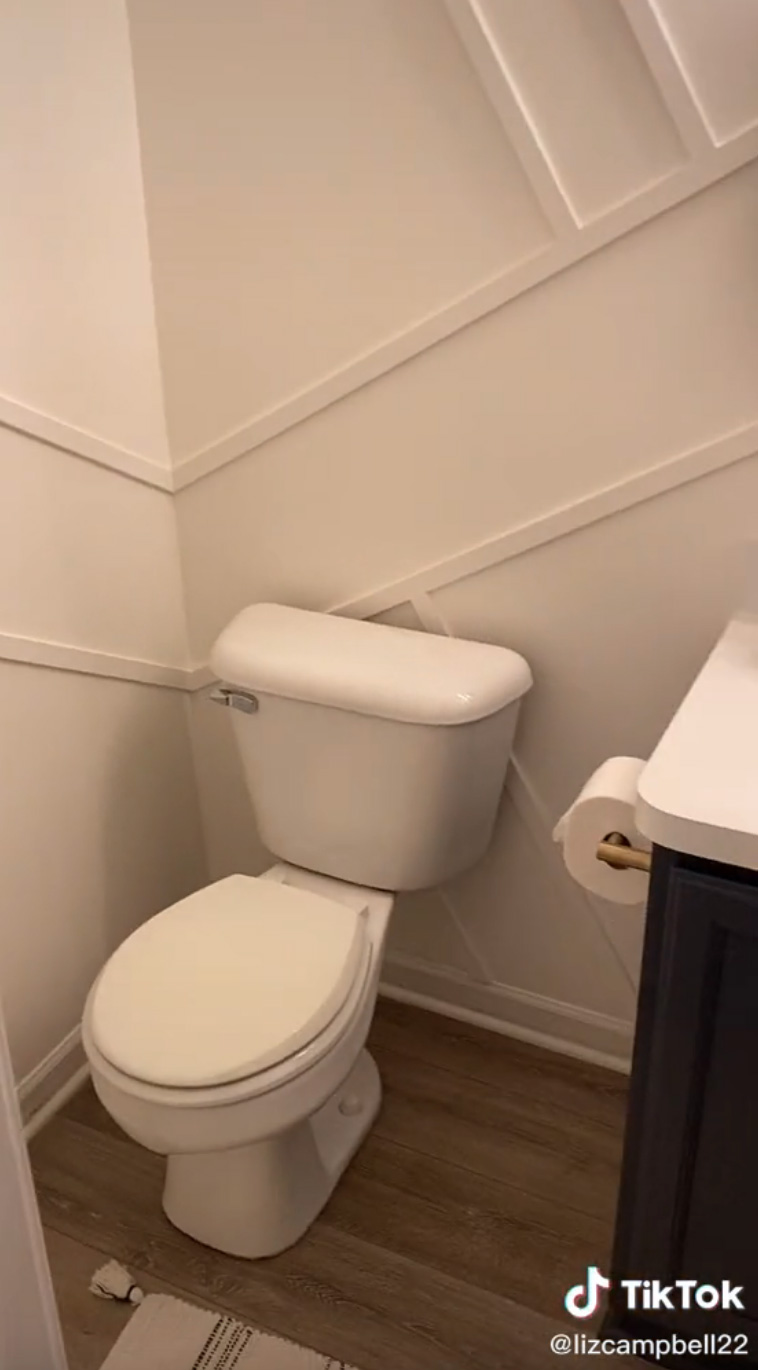 Meanwhile, one woman transforms her bathroom for less than £100 with budget peel & stick tiles and bargain buys.

Plus, another woman gives her bathroom a chic makeover using nothing but £15 stickers from Poundland.

And one DIY fan who was quoted £1k to replace outdated floor tiles does it herself for £100 just by painting tiles that were 'ready for the bin'.