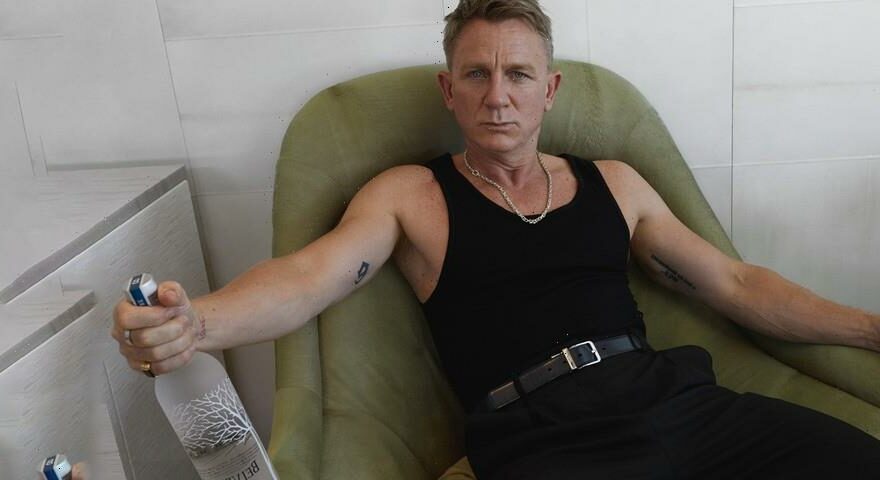 Craig — best known for his role as James Bond – has worked collaboratively on the new campaign with German photographer Juregen Teller who is also working hot on the heels of collaborations with JW Anderson and Vivienne Westwood. In addition, the shoot has also been styled by Christine Centenera with Craig shot in a minimalist black vest-trouser combo and a customized D.C. dressing gown.

The newly-announced partnership between Craig and Belvedere has come after the James Bond star was spotted filming an advertisement in Paris earlier in the year after reportedly signing a multi-million-pound deal to put the martini — shaken, not stirred — back on the menu.

You can have a closer look at the first official images from the Daniel Craig x Belvedere vodka collaboration above and you can expect to see the first snaps IRL across billboards in Time Square later this evening.

In other news, Daniel Kaluuya is going to be the voice of ‘Spider-Punk’ in the forthcoming animation movie, Across the Spider-Verse.