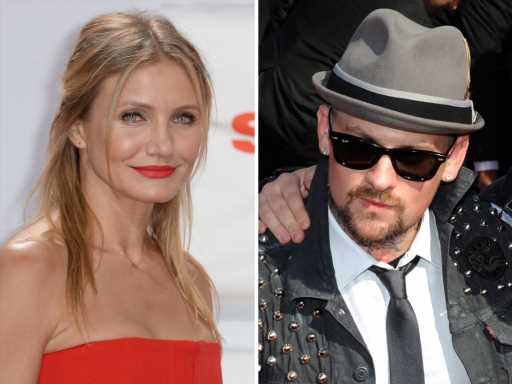 Cameron Diaz and Benji Madden have always kept a low Hollywood profile, largely staying out of the public eye and away from the prying lenses of the paparazzi. With her already announced a return to her acting career, it looks like the couple is ready to step back into the spotlight.

The duo enjoyed an affectionate night out together in London on Friday at the BST Hyde Park Festival featuring Adele. We don’t know if they were just happy to be on vacation or if it was the romantic music of the “Easy On Me” singer, but Diaz and Madden looked madly in love at the concert. (See the photos HERE.) One snapshot had the married couple wrapped up in an embrace like they were the only two people in the world. Another photo had Diaz looking at her husband with a big smile as he closed his eyes and grinned. The 49-year-old actress kept her arms wrapped around Madden’s shoulders as she leaned her head up against his — they looked so content together.

The loved-up images come as Diaz heads back to work after an eight-year retirement and time spent at home raising their two-year-old daughter, Raddix. Co-star Jamie Foxx announced the exciting news on social media, revealing that he utilized NFL star Tom Brady to help the Charlie’s Angels star “unretire.” Brady said in their conversation, “I was talking to Jamie, and he said you needed a few tips on how to unretire. And I am relatively successful and unretiring.” She responded, “Honestly, exactly what I needed.”

The Netflix comedy project begins filming later this year, so now is the perfect time for Diaz and Madden to enjoy a date night out. We will likely see more of Diaz as she plots her return to Hollywood and dusts off those acting chops.

Before you go, click here to see the longest celebrity marriages.