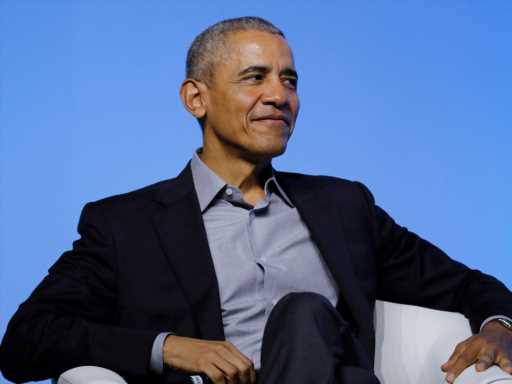 Barack Obama’s marriage to Michelle Obama has often been referred to as #couplegoals in the years since they’ve left the White House, both for their romantic moments over the years together and their power couple dynamic as each partner takes on a bestselling memoir, new initiative, new TV show, or whatever they’ve decided to conquer next. Currently, Barack’s been dipping his toe into podcasting with Bruce Springsteen on their show Renegades: Born in the USA, which this week saw them talking about how their views on masculinity have evolved. For Springsteen in particular, the role of his own father figure influenced the way he came into his marriage with Patti Scialfa, and Barack admits to feeling Springsteen’s same hesitancy. Specifically, he remembers worrying while growing up that marriage would “neuter” him. 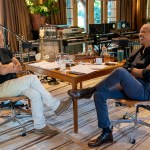 Springsteen explained to Barack what he heard from his own father growing up that he didn’t realize until later had taken root in his own mind.

“I always remember him complaining that if he hadn’t had a family he would’ve been able to take a certain job and gone on the road,” he said. “And he sat there over that six-pack of beers night after night after night after night and that was his answer to it all, you know? So, we felt guilt. And that was my entire picture of masculinity until I was way into my 30s where I began to sort it out myself because I couldn’t establish and hold a relationship, I was embarrassed simply having a woman at my side.”

“All the early years I was with Patti, if we were in public I was very, very anxious,” he continued. “And I could never sort that through and I realized, ‘Well, yeah, these are the signals I got when I was very young that a family doesn’t strengthen you, it weakens you. It takes away your opportunity. It takes away your manhood.’”

Here, Barack cut in: “It neuters you.”

“It neuters you,” Springsteen repeated. “Exactly.”

While it was Springsteen ostensibly doing the sharing in this moment, Barack clearly feels where he’s coming from, and can relate to those reservations. While his father wasn’t around for his childhood in the same way as Springsteen’s, his absence from family life made a big impression on Barack too.

“I lived in fear of that neutering and so that meant you live without the love, without the companionship, without a home,” Springsteen said. “And you have your little bag of clothes and you get on that road and you just go from one place to the next.”

“And you’re free,” Barack chimed in.

Both men went on to realize that true freedom didn’t mean being alone on the road, a revelation helped by lots of emotional introspection and, of course, Patti and Michelle. For these two men whose fathers had never seemed at home in home life, we can understand why they’d have trouble picturing themselves in a home of their own.

Before you go, click here to see the best presidential love stories in US history.