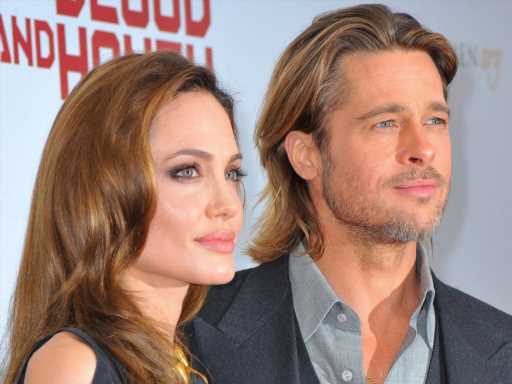 It has long been rumored that it was Angelina Jolie who tipped off paparazzi about her relationship with Brad Pitt just as he was exiting his marriage with Jennifer Aniston. She reportedly gave crucial information on where she was staying with Pitt and son Maddox, which led to one of the most famous photos of the couple.

Rolling Stone magazine co-founder Jann Wenner’s upcoming memoir, Like a Rolling Stone, alleges that Jolie was the tipster for the 2005 snapshot along the beaches of Kenya, according to an excerpt obtained by Page Six. (Note: Rolling Stone and SheKnows are both owned by the Penske Media Corporation.) Wenner owned Us Weekly at the time and one of his photographers got the news from the actress about where they were staying and what time they would walking along the beach. It was the first confirmation the world received that Brangelina was a real thing — not a rumored Mr. & Mrs. Smith set romance. (See the photo HERE.)

Pitt had just split with Aniston in January, and he and Jolie had kept a relatively low profile until this oceanside moment. Even though their reps denied any romance, a witness described their interaction at the resort to Us Weekly, “They wrapped their arms around each other [at the pool] and shared a long, passionate kiss.” They also shared that Pitt seemed to love having Maddox around, which only fueled the Aniston-doesn’t-want-kids narrative. “Maddox would hang out with Brad and followed him wherever he went,” they added. “It was clear that Brad and Maddox have a close relationship.”

It may seem shocking that an A-list star would contact paparazzi about something like this, but it’s one of Hollywood’s dirty little secrets. Of course, it had to be either Pitt or Jolie because the paparazzi aren’t just randomly hanging out in Africa waiting for something to happen. Wenner confirmed in the book, “We got the photo, we got the proof. We had the worldwide scoop, the debut of Brangelina. The tipster was Angelina.”