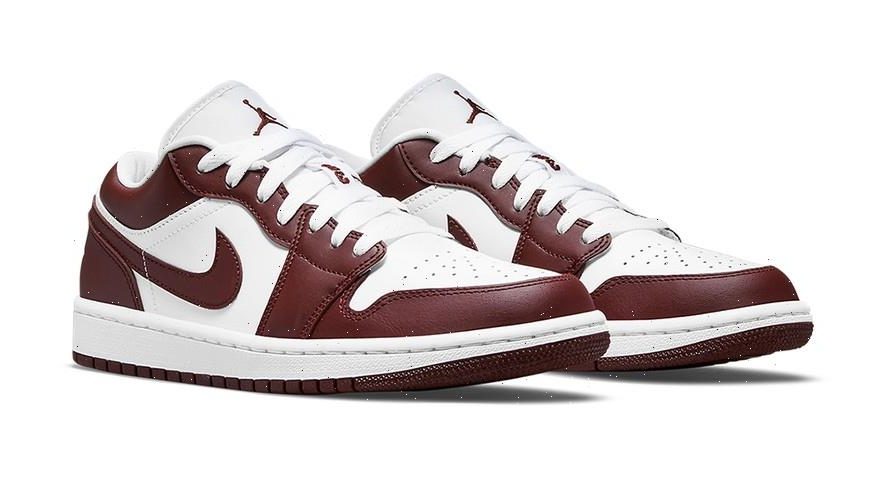 Jordan Brand has an abundance of new footwear colorways in the cannon that it will be launching to to the public over the coming weeks, and one of the silhouettes that has noticeably pushed the tempo in terms of new unveilings has been the Air Jordan 1 Low. Hot off the heels of the reveal of its furry Swoosh-equipped “Mighty Swooshers” makeup, the model finds itself back on the frontlines to uncover its forthcoming “White/Eclipse Bronze” rendition.

Much like many of the college-inspired Nike Dunk Lows that have been dropping, this latest iteration opts to go with the two-toned ensemble. Filling in the tongues, toe boxes, quarters, interior liners and the ball-and-wings logos is a white hue. Sitting adjacent to this is a Fall-friendly “Eclipse Bronze” hue — which is more so just a rich maroon shade with a fancier namesake — that drops off on the Swooshes, overlays along the forefoot, mid-foot and heels, as well as the tongue’s Jumpman logos and “23” hits that are stationed on the middle of the throat. Lower sections of these kicks are fashioned with angelic midsoles and outsoles that are also dialed to an “Eclipse Bronze” shade.

Retailers like Naked are slated to drop these in the coming weeks for $116 USD.