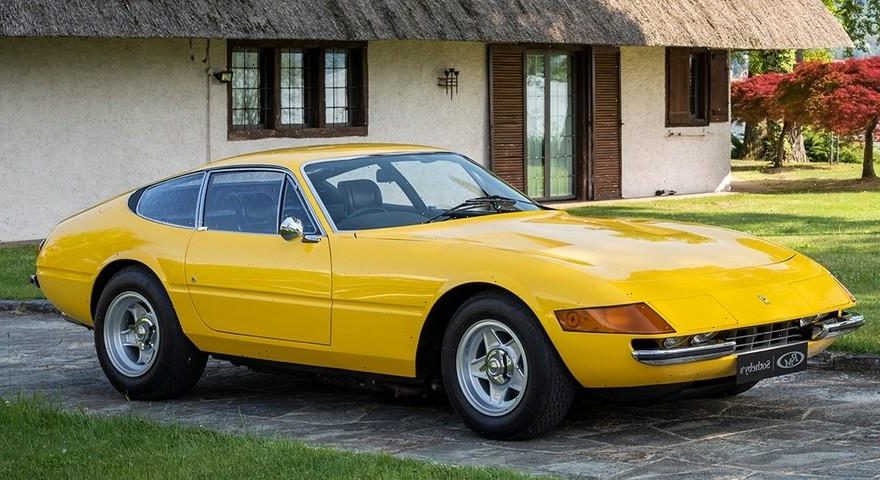 Commonly known as the Daytona thanks to Ferrari’s success in the 1967 24 Hours of Daytona race, the 365 GTB/4 was first unveiled at the 1968 Paris Salon to extremely well reception, the Italian automaker replacing the usual soft and curvaceous lines of its previous models with a new angular and more aggressing aesthetic. The car carried a 4.4-liter dual overhead camshaft V12 engine, pushing an impressive 352 horsepower and 315 foot-pounds of torque, which translated to a 0-60mph time of just 5.4 seconds and a top speed of 174 mph — even quicker than the Lamborghini Miura.

An American-spec example, this particular car was imported to the U.S. by Bill Harrag’s Modern Classic Motors in Reno, Nevada, until it was listed for sale by Gran Touring Classics in Phoenix, Arizona two years later. After going through several owners in the country, the car was ultimately sold to Luca Antolini Ossi in 1988, who brought the car back over to Italy. It was then restored there in the late ’90s, and subsequently traded hands through two other Italian collections in the 2000s, until it received its Ferrari Classiche certification in 2017.

Elsewhere in the automotive world, Everrati has transformed a 1991 Porsche 911 (964) into a 500-horsepower EV.
Source: Read Full Article