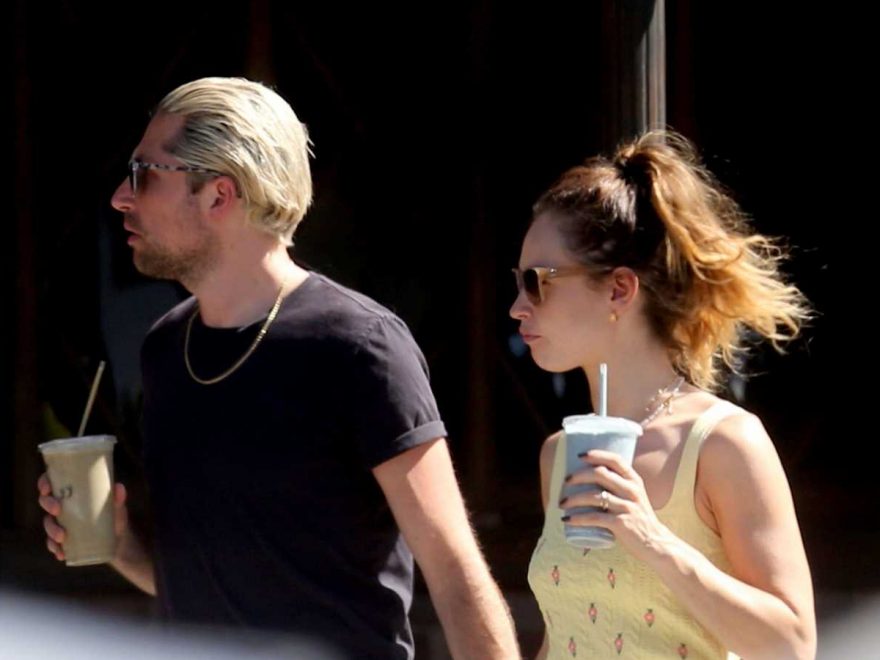 Lily James was recently spotted sippin’ smoothies with her new boo Michael Shuman, but before you go opening a bajillion tabs to find out who Lily’s boyfriend is, keep reading because I just did all that for you.

Back in February 2021, Lily and Michael were spotted kissing in England, and things have only gotten more serious since. By spring, Lily was off to meet Michael’s parents in L.A., according to E! News. All that’s to say, definitely buckle in, bc you just might want to get emotionally invested in this couple. Before you do, here’s some necessary info on Lily’s 35-year-old rockstar boo thang!

Michael is in a band.

Well, two bands actually. Michael plays bass in the rock group Queens of the Stone Age, which has built a rep for, ahem, ~on-stage nudity~. Yeah, you read that right. He’s been in the band since 2007 and also does vocals. Michael is a musician in every sense of the word, plays *multiple* instruments, and also writes songs. Swoon much?

In addition to Queens of the Stone Age, Michael has been a part of a three-man band called Mini Mansions since 2009 with his two best friends. (Aww, we love a bromance!) The group’s third (and most-recent) album is called Guy Walks Into A Bar… .

He is Grammy nominated, NBD.

Queens of the Stone Age has *seven* Grammy nominees, two of which include Best Rock Album in 2013 and 2017.