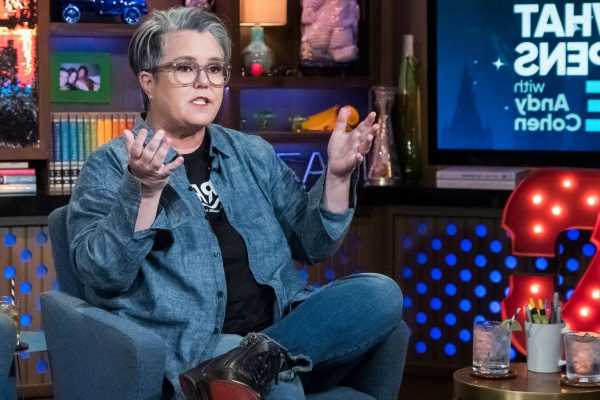 These days, the concept of an influencer has become so widespread as to be something of a joke. We associate the term with celebrities who became famous for being famous, using their social media platforms and appearances to shape attention and charge brands for the privilege of being in their orbit. The promotion of a particular product, brand, or idea didn’t come into the world with social media, however, and celebrities have often been at the center of influence. Rosie O’Donnell once had a talk show that unexpectedly became a source of tremendous influence, and O’Donnell’s ability to use that influence creatively was remarkable for its time.

Rosie O’Donnell once hosted her own talk show

Many people know that Rosie O’Donnell has served as co-host on The View. In fact, she’s held that role multiple times (from 2006-2007 and again from 2014-2015). Those who have been following O’Donnell throughout her whole career, however, will also remember that she once had a talk show of her very own. The show was called simply The Rosie O’Donnell Show, and it premiered in 1996. The series ran for six years before O’Donnell decided to focus more on her family and stepped away in 2002.

O’Donnell used her platform to talk about pop culture and make commentary on the movies and celebrities of the day. The show also tapped into current events and provided O’Donnell with a chance to talk about topics that mattered to her. Kids’ jokes mailed into the studio became a popular recurring segment titled “Kids are Punny,” and overall, O’Donnell enjoyed a successful platform that earned multiple daytime Emmy Awards.

Speaking with Danny Pellegrino on his podcast Everything Iconic, O’Donnell reflected back on one of the strangest impacts of her show: helping to promote Tickle Me Elmo hysteria. “You were, I believe, the first influencer,” Pellegrino said as he brought up the incident. After its appearance on her show, the Sesame Street toy flew off the shelves and became the biggest Christmas present of the year. It was the kind of advertising that brands dream of but can’t bring into existence on their own.

The network was happy with the way that O’Donnell’s show provided excellent promotions. Another example included a “Thong Week” following an appearance from Roberta Flack. “Roberta Flack came on and gave me a thong. And she was saying, ‘Oh, bigger women, we look good in thongs.’ And I was like, ‘Really?’ We started sending me thongs. So we did thong week. We did thong everything,” O’Donnell explained.

Of course, every brand wanted to capture some of the magic after seeing the success of Tickle Me Elmo and O’Donnell’s Thong Week, but O’Donnell explained to Pellegrino that it wasn’t something she could just turn on for any brand that paid for placement on the show.

“I’m like, ‘Because Robert Flack has to hand me the thong authentically. It has to come — a spark has to be real. You can’t make the spark.’ And I think, Tickle Me Elmo — I had a little boy who was a toddler in diapers, and he’d lay on that thing and laugh and laugh and laugh. And it was organic, and it was true,” Rosie O’Donnell reflected. She used that understanding to get brands to donate to good causes.

“We kind of held them up for donations. We’d say, ‘Yes, we can hold up your new toy if you go to the hospital in San Antonio and fill up their kids’ space.’ And they would. They would do whatever it is that we asked. It was never for us, but always for someone in need. I think we created an amazing way to get product placement without it seeming like product placement. It was sort of the first person that was doing that,” O’Donnell noted.