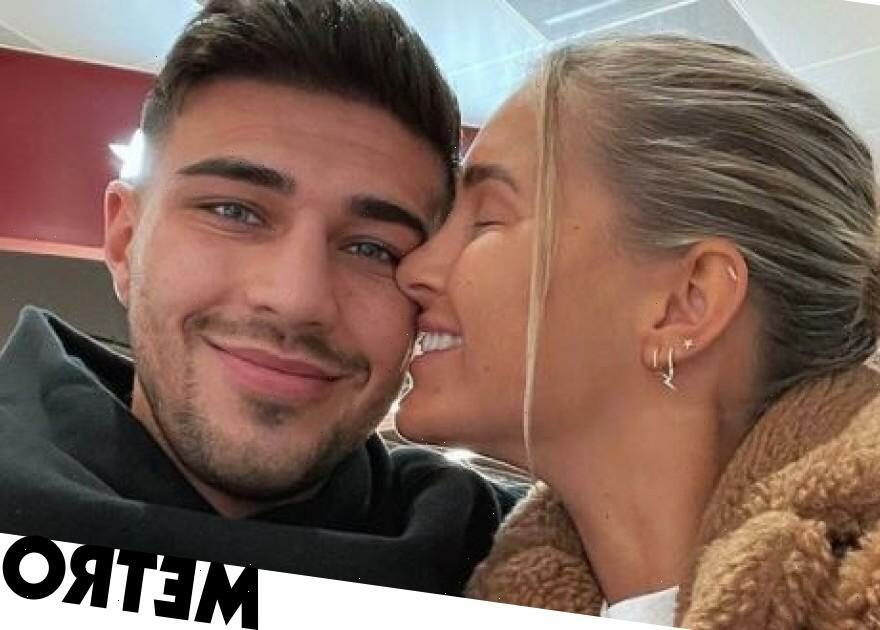 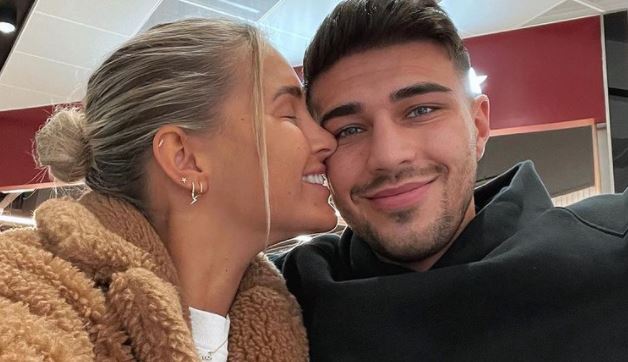 Tommy Fury has truly earned his boyfriend brownie points after surprising girlfriend Molly-Mae Hague with a trip to New York.

The loved-up couple will be ringing in the new year in the Big Apple after Tommy, 21, randomly revealed he was flying Molly-Mae, also 21, out to New York City for a romantic getaway hours before their flight.

They were pictured making their way through New York’s JFK airport after touching down.

In her Instagram stories, PrettyLittleThing creative director Molly-Mae shared a photo of their plane tickets and passports after arriving at Manchester airport.

Sharing how Tommy revealed the surprising news, she wrote: ‘We were on our usual walk yesterday and he told me out of nowhere that I needed to pack my case because he was taking me to New York tomorrow.

‘Still in shock. I’m so lucky.

Tommy also shared a cute photo of Molly-Mae snuggled into his face with the caption: ‘What would I do without you my girl?’

One cheeky fan replied: ‘MARRY HER,’ and, to be fair, the pair have made no secret of their plans to tie the knot soon so a NYE proposal could well be on the cards.

Tommy met the influencer on ITV2’s Love Island in 2019 and they are one of few couples from the programme to still be going strong.

Molly-Mae recently opened up about their relationship and how they’ve become used to the long-distance nature of it, with Tommy often at a boxing training camp in Las Vegas throughout the year.

Speaking to Steven Barlett on his Diary of a CEO podcast, Molly-Mae explained: ‘We don’t see each other for weeks on end at the moment and we’ve become really good at the long-distance thing.

She continued: ‘If you’ve got that trust, everything else just falls into place because he could literally go away for weeks on end and there’s not a doubt in my mind that if he was to be around a load of girls, I could sleep peacefully at night knowing he’s for me and I’m for him and that’s that.

‘You’ve got trust, you’ve got everything.’

The 22-year-old stated they ‘know’ their relationship will last ‘forever’ and are excited for their future together, including having children and getting married.

Molly-Mae then said: ‘I don’t see our relationships as a job, I just see it as a part of my life. It’s just there and I’m just so blessed it works so well.

‘We never have any problems, we’re so lucky – obviously we’re not perfect, I’m not going to sit here and say we don’t argue like cat and dog, we definitely do, he drives me crazy.’