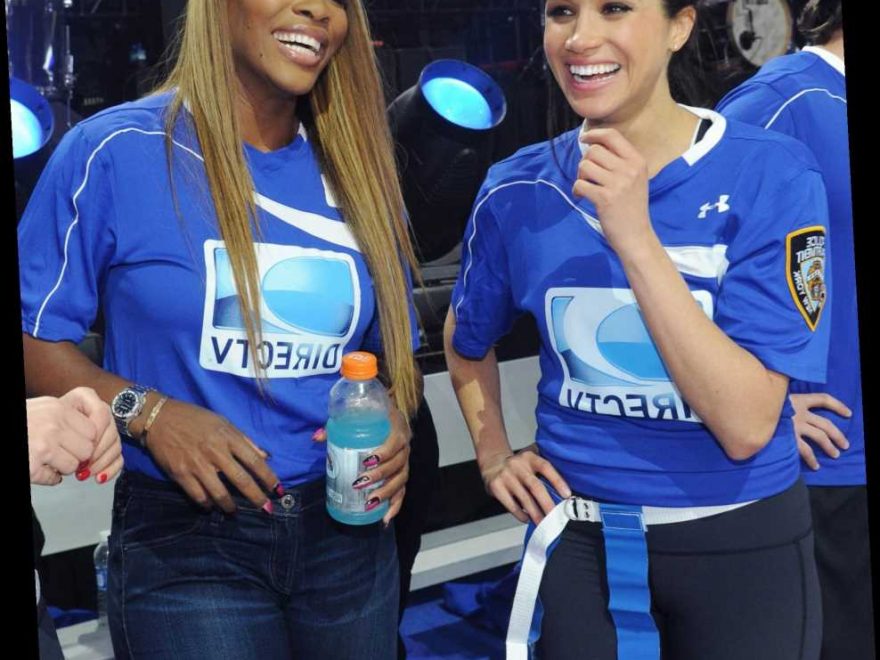 Serena Williams is showing her support for close friend Meghan Markle after the Duchess of Sussex opened up about being "silenced" by the royal family and the "concerns" over her son Archie's skin color during the Oprah with Meghan and Harry: A CBS Primetime Special.

Following Meghan's and Prince Harry's sit-down interview with Oprah Winfrey, the tennis star defended Meghan on social media, sharing that she understands the "pain and cruelty" the mother of one has experienced.

"Meghan Markle, my selfless friend, lives her life – and leads by example – with empathy and compassion. She teaches me every day what is means to be truly noble. Her words illustrate the pain and cruelty she's experienced," Williams, 39, began her post on Sunday evening.

Williams, who first met Meghan at the 2010 Super Bowl in Miami, said she knows "first hand the sexism and racism institutions and the media use to vilify women and people of color to minimize us, to break us down and demonize us."

"We must recognize our obligation to decry malicious, unfounded gossip and tabloid journalism," she continued. "The mental health consequences of systematic oppression and victimization are devastation, isolating and all too often lethal.

During the Oprah interview, the Duchess of Sussex, 39, revealed that royal life took a staggering toll on her mental health and that she had thoughts of self-harm.

"I was ashamed to say it at the time and ashamed to have to admit it to Harry. But I knew that if I didn't say it — then I would do it," she said. "I just didn't want to be alive anymore."

In her post, the 23-time grand slam winner continued on to say that she wants "Meghan's daughter, my daughter and your daughter to live in a society that is driven by respect." "Keep in your memory the fruitage of the spirit is love, joy, peace, long-suffering, kindness, goodness, faith, mildness, self-control. Against such things there is no law," she concluded the post.

"I am so proud of you for being so brave. I know it is never easy. You are strong- both you and Harry. I love you. I adore you," Williams captioned her message of support.

In addition to the revelation about Meghan's mental health, Sunday night's interview revealed several bombshells about the royal family, including conversations surrounding her son, Archie.

Meghan, who announced that she and Harry are expecting a baby girl this summer, told Oprah that there were "concerns and conversations about how dark [Archie's] skin might be when he's born."

The Duchess of Sussex said the palace decreed that Archie — who turns 2 in May — would not have any title, a move she says was "different from protocol."

"They didn't want him to be a prince . . . which would be different from protocol, and that he wasn't going to receive security," she said.

What's more, she said, "We have in tandem the conversation of, 'He won't be given security. He's not going to be given a title.' And also concerns and conversations about how dark his skin might be when he's born." An astonished Oprah then asked Meghan who made that comment, with the duchess declining to answer, saying the revelation would be too damaging.

When Prince Harry, 36, and Meghan were married in May 2018, Queen Elizabeth gave them the titles of Duke and Duchess of Sussex. Archie was entitled to a "courtesy title," Earl of Dumbarton. However, the couple announced shortly after his birth that they had not given him a courtesy title and he would be known as Archie Mountbatten-Windsor.

On Monday morning's episode of CBS This Morning, Oprah joined co-host Gayle King to share more details about the interview with Meghan and Harry, revealing that Harry told her that Prince Phillip and the Queen were not involved in the conversations regarding Archie's skin color.

If you or someone you know is considering suicide, please contact the National Suicide Prevention Lifeline at 1-800-273-TALK (8255), text "STRENGTH" to the Crisis Text Line at 741-741 or go to suicidepreventionlifeline.org.

If you or someone you know need mental health help, text "STRENGTH" to the Crisis Text Line at 741-741 to be connected to a certified crisis counselor.