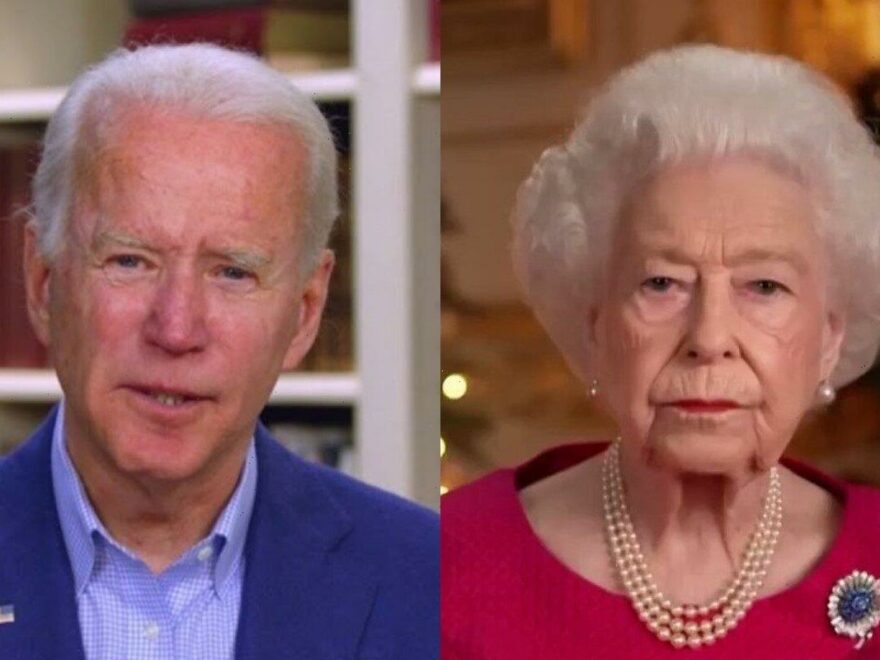 The US president has issued a heartfelt statement to pay tribute to the late British monarch after he and wife Jill Biden arrived in London to pay respect to the late royal.

AceShowbiz –Joe Biden, fondly compares Queen Elizabeth to his beloved mother. Remembering meeting her back in 2021 when he was elected into power, the US president, 79, explained that the “world is better” for having had her as a Head of State for 70 years.

The top politician was in London with his wife and the First Lady of the United States, Jill Biden, on Sunday (18.09.22) to pay his respects to Her Late Majesty – who is currently lying-in state at Westminster Hall following her death at the age of 96 on September 8.

Speaking after visiting the coffin, he said, “To all the people of England and all the people of the UK, our hearts go out to you and you were fortunate to have had her for 70 years, we all were. The world is better for her. Thank you. She reminded me of my mother. Just because of the way she touched when she leaned over.”

“The way she had that look, like, ‘are you okay? Anything I can do for you? What do you need?’ and then also, ‘Make sure you do what you are supposed to do.’ “

The Democrat – whose mother Catherine “Jean” Biden died in 2010 at the age of 92 following a long illness – is due to attend the funeral of Queen Elizabeth on Monday (19.09.22) and is among an estimated 500 world leaders venturing to England’s capital city to remember the late monarch.

He added that the loss of the Queen has left a “giant hole,” but explained that he has told her eldest son King Charles – who acceded to the throne the moment she passed away – that she will be “with him” throughout his reign.

He said, “She was the same in person as her image – decent, honorable, all about service. Our hearts go out to the royal family, King Charles and all the family. It’s a loss that leaves a giant hole, and sometimes you think you’ll never overcome it, but as I’ve told the king, she’s going to be with him every step of the way, every minute, every moment. And that’s a reassuring notion.”