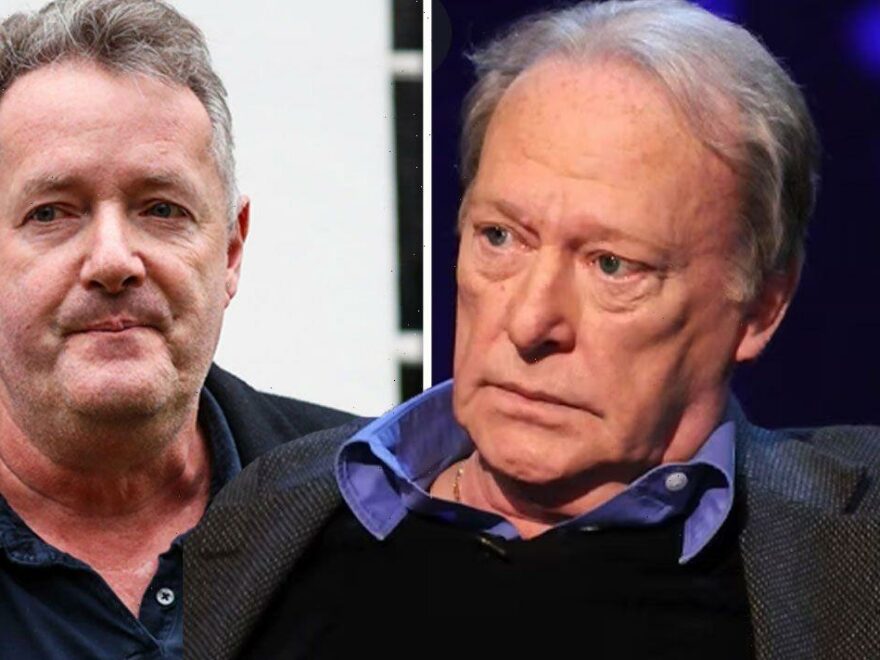 Piers Morgan took to Twitter and reacted to the sad news in view of his 7.9 million followers yesterday. Dennis Waterman died at his home in Spain with his wife Pam Flint by his side.

Piers, 57, penned a heartfelt tribute to the late actor who died at the age of 74.

The Uncensored presenter praised The Sweeney star who he branded a “superb actor”.

“Star of Minder, New Tricks and for me, his finest role – as Detective George Carter in The Sweeney opposite the late, great John Thaw.

Twitter user, Trevor C Watson remarked: “I love watching repeats of Minder with Dennis Waterman because it still makes me laugh and the scenes between Terry, Arthur & Inspector Chisolm were the best of all, the chemistry between the 3 actors was superb. A sad loss of a British Icon. RIP.”

Hanna shared: “The Minder was one of the shows that I watched religiously growing up. It was excellent. The other one was Only Fools and Horses. Have to start praying for David Jason.”

Neil added: “Loss of a great actor. His partnerships with John Thaw and George Cole in Sweeny & Minder were brilliant. Fine acting in New Tricks and other dramas. RIP.”

Piers’ tribute comes a decade after his candid interview with Dennis on the ITV show Life Stories.

The former Good Morning Britain presenter sat down with the actor in 2012 where he spoke openly about his turbulent love life.

The on-screen star had been married four times during his lifetime.

He first tied the knot with Penny Dixon, who he dated for a year before they got married in 1972 but the marriage lasted four years before the couple divorced in 1976.

Just a year later, the actor married actress Patricia Maynard, who he had two daughters with.

One of his daughters is actress Hannah Waterman, best known for her role as Ian Beale’s tragic wife Laura in EastEnders and guest starred in New Tricks in 2007.

He left his second wife, with whom he had two daughters, for the actor Rula Lenska.

But during his interview with Piers, the actor later faced criticism after he admitted being violent towards Rula but added she was not a “beaten wife”.

During the interview, Dennis said he was “very, very ashamed” of an incident where he admittedly became violent with his former spouse.

He went on to add: “She certainly wasn’t a beaten wife, she was hit and that’s different.”

Following their divorce, Dennis later tied the knot with his wife Pam Flint, to who he remained married until his death.