Demi Lovato, Paris Jackson and Paula Abdul were among the A-listers who turned out to support Paris Hilton as she launched her new cooking show.

Paris Hilton is back on our TV screens with her new show, Cooking With Paris! The 40-year-old socialite celebrated the launch of the Netflix series at an event on August 5, and stunned in a baby blue gown. The sparkly, long-sleeved dress featured a plunging neckline and cut-outs on her waist. She styled her iconic blonde locks in a straight bob, and kept her accessories simple with a silver ring and silver earrings. 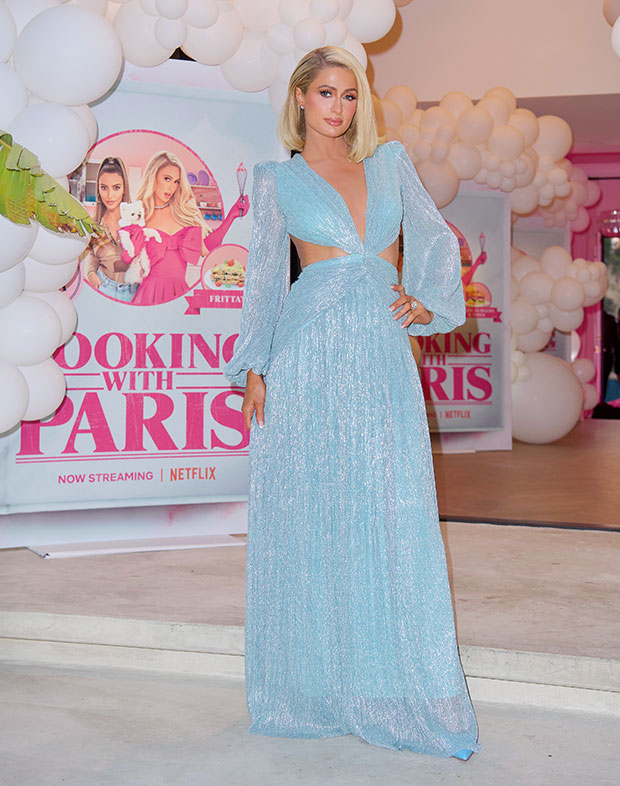 Some of her A-list pals, including Paula Abdul and Demi Lovato, were also in attendance as a show of support to Paris. The former American Idol judge totally stunned in a black and gold mini dress, which she paired with a black blazer, black fishnet stockings and copper heels. She swept her brunette tresses back into an up-do and was all smiles as she posed alongside Paris.

The entrepreneur recently spoke with Delish Magazine about the upcoming cooking show. “It’s definitely not your average cooking show. I’m not a professional or trained chef, so I’m learning a lot in the kitchen as I go,” she explained. “I love kid food. I love making little heart-shaped grilled cheese sandwiches and having cereal and candy. And I love McDonald’s Happy Meals and fast food and pizza. Yeah, I don’t eat that healthy, but now I’m trying to learn how.” 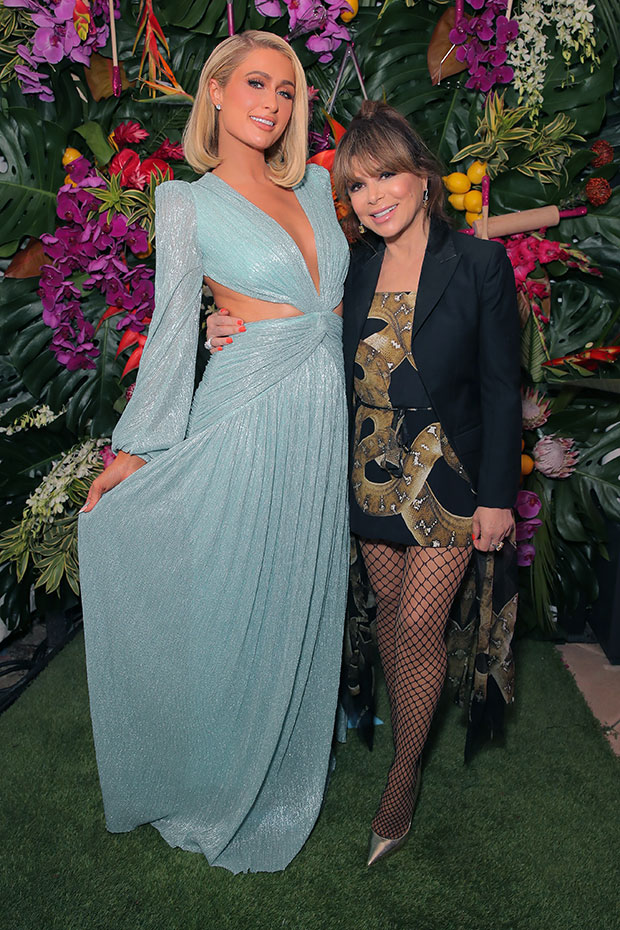 Paris also told HollywoodLife EXCLUSIVELY on August 4 that she would love to welcome her pal Britney Spears, 39, on the show. “I would love to have Britney [Spears] on. I think it would be so much fun just to cook Southern food together,” Paris said. “It would be a lot of fun to have her over and cook because we always used to have so much fun together,” she added. Infamously, Britney channeled her love of cajun food into a short-lived restaurant project called NyLA — an acronym for New York and her home state of Louisiana.