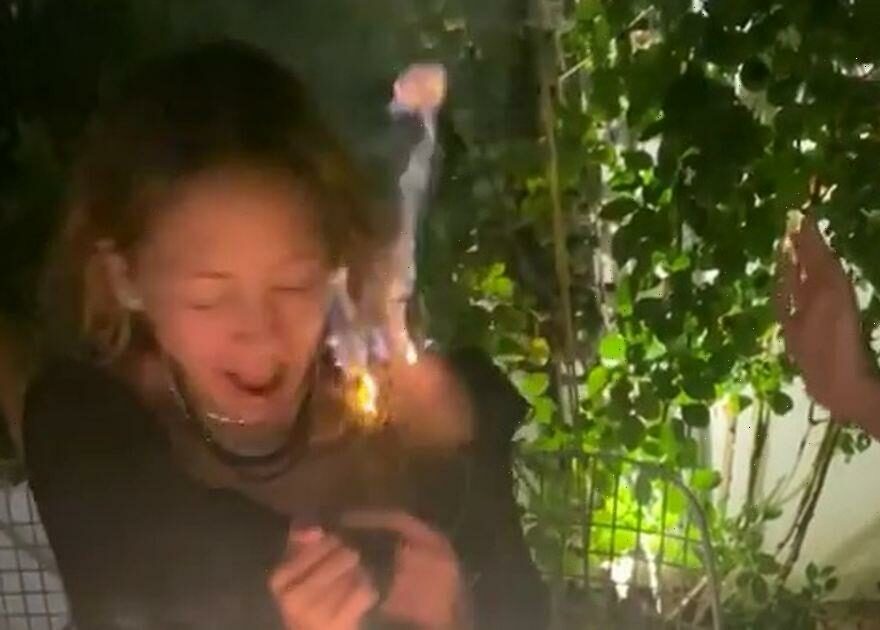 Nicole Richie celebrated her 40th birthday in style last night, but she got a bit more than she’d bargained for after her hair was set on fire by her birthday cake.

The fashion designer and actress gathered with friends and family to celebrate her big birthday, but when she went to blow out the candles on her birthday cake, the star’s hair caught fire and quickly grew into a flame.

Posting the video of the terrifying incident to Instagram, people can be heard cheering in the background of the clip as Nicole leans forward to blow out the candles. Their cheers turn to screams however once her hair sets alight.

Nicole can be seen laughing and then panicking in the video as friends rush to help her put out the flames on her hair.

She seems to be laughing off the incident afterwards though, posting the video with the light-hearted caption: "Well… so far 40 is [fire emoji]."

He also posted a sweet black-and-white photo of the couple to his own profile, writing: “Happy Birthday Nicole. You’ve made love feel timeless, I’ve forgotten how old we are.”

Chelsea Handler wrote: “Happy Birthday, baby! Welcome to your 40s where the party really gets started!”

Elsewhere, Nicole’s sister Sofia Richie penned a tribute to her sister alongside a gallery of photos of them together, writing: “So lucky to call you my big sis. I love you beyond words @nicolerichie HBD”.

Nicole’s dad – who is famed musician Lionel Richie – posted a tribute to his daughter also, writing: “It’s showtime!! @nicolerichie You have been rainbows and butterflies your whole life… but you will always be my little girl, no matter how many birthdays we celebrate.”

Model Lily Aldridge shared a photo of the pair together on her Instagram story, writing: “Happy birthday to my original partner in crime”.

Nicole married her musician husband Joel in 2010 and the couple have two children together – 12-year-old son Sparrow and 13-year-old daughter Harrow.

The couple met in 2006 and later married in 2010 after the birth of their two children in an extravagant ceremony that took place on Lionel Richie’s Beverly Hills estate.