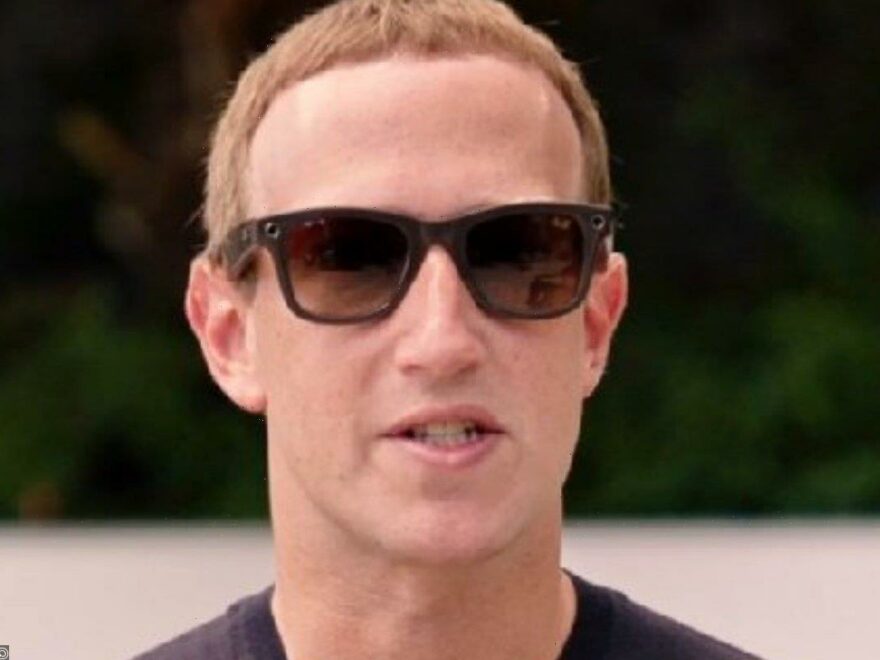 The Facebook co-founder’s personal wealth falls by more than $6 billion as the company’s share price drops 4.9 percent following the outages that lasted for hours.

AceShowbiz -Mark Zuckerberg’s personal wealth took a major hit following worldwide Facebook, Instagram and WhatsApp outages. The Internet entrepreneur’s net worth is estimated to have fallen by more than $6 billion in a few hours.

The loss is believed to be majorly attributed to the global outages that affected Facebook Inc.’s flagship products. On Monday, October 4, the social-media giant’s stock dropped 4.9%, adding to a drop of about 15% since mid-September.

The stock slide sent Mark’s net worth down to $116.8 million, dropping him one place to No. 6 on Forbes’ real-time billionaires list, according to the magazine. He is now below Larry Ellison at No. 5 with $117.5 billion.

Bill Gates currently places fourth with a net worth of $128.8 billion, following Bernard Arnault at No. 3 with $173.3 billion. Elon Musk is still the richest man with $201.2 billion, while Jeff Bezos is the runner-up with $186.6 billion.

Facebook, Instagram and WhatsApp went offline globally at around 11 A.M. on Monday and it lasted for over six hours past the closing bell. Addressing the error, Facebook issued an apology via Twitter which read, “We’re aware that some people are having trouble accessing our apps and products. We’re working to get things back to normal as quickly as possible and we apologize for any inconvenience.”

Meanwhile, Facebook Chief Technology Officer Mike Schroepfer took to Twitter during the outages to say, “*Sincere* apologies to everyone impacted by outages of Facebook powered services right now. We are experiencing networking issues and teams are working as fast as possible to debug and restore as fast as possible.”

The cause of the outage remains unclear. According to members of Facebook’s security team, “It was unlikely that a cyberattack was the culprit because a hack generally does not affect so many apps at once.” The security experts then said the problem most likely stemmed instead from a problem with Facebook’s server computers.