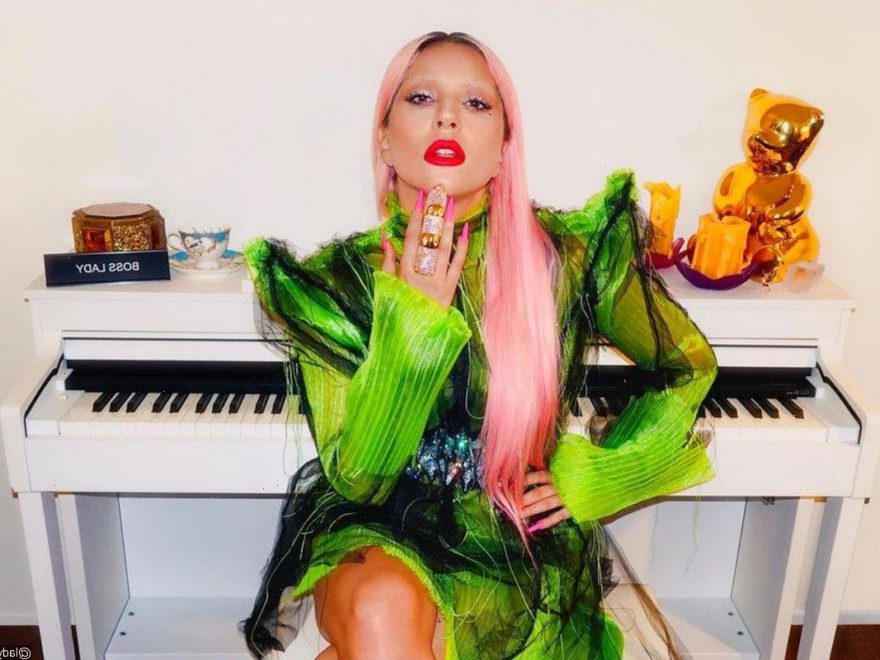 During her appearance on Prince Harry and Oprah Winfrey’s new Apple TV+ docuseries, the ‘Rain on Me’ singer shares how the physical pain from years of abuse turned into numbness.

AceShowbiz –Lady GaGa was pregnant with her rapist’s kid after she was sexually abused at 19. The Grammy Award-winning artist, who had previously shared her experience as a rape victim, reveals on Prince Harry and Oprah Winfrey‘s new Apple TV+ documentary series “The Me You Can’t See” that she was abandoned after getting impregnated by a producer who raped her.

During her appearance in the first episode of the unscripted series that premieres on Friday, May 21, the “Poker Face” hitmaker opens up about the rape. “I was 19 years old, and I was working in the business, and a producer said to me, ‘Take your clothes off,’ ” she recalls, but refuses to identify the producer because “I do not ever want to face that person again.” She adds, “And I said no. And I left, and they told me they were going to burn all of my music. And they didn’t stop. They didn’t stop asking me, and I just froze and I-I don’t even remember.”

The “A Star Is Born” leading lady goes on to share how she suffered from mental health issue after years of traumatic experience. “First I felt full-on pain, then I went numb,” the 35-year-old confesses. “And then I was sick for weeks and weeks and weeks and weeks after, and I realized that it was the same pain that I felt when the person who raped me dropped me off pregnant on a corner. At my parents’ house because I was vomiting and sick. Because I’d been being abused. I was locked away in a studio for months.”

GaGa, who didn’t realize her issue at first, says she was surprised when the hospital sent a psychiatrist to see her rather than a medical doctor. “My mental health, I thought, was a problem when I was very young. I used to cut myself when I was very young. I had my own experiences with abuse and it’s really hard for me to articulate in a way where I feel like it’s safe for young people to listen or even older people to listen about why anyone would cut,” she elaborates. “I do believe that those urges, for me, came from a place of I need to show the hurt inside.”

The Oscar-winning actress, whose real name is Stefani Joanne Angelina Germanotta, continued to live in an “ultra state of paranoia” and felt like there was a “black cloud” hanging over her for years. “I had a total psychotic break and for a couple years I was not the same girl. The way that I feel when I feel pain is how I felt after I was raped,” she divulges.

“I’ve had so many MRIs and scans, they don’t find nothing, but your body remembers. I couldn’t feel anything. I dissociated. It’s like your brain goes offline and you don’t know why no one else is panicking but you’re in an ultra state of paranoia,” she continues. “It’s a really very real thing to feel like there’s a black cloud that is following you wherever you go, telling you that you’re worthless and should die, and I used to scream and throw myself against the wall. And you know why it’s not good to cut? You know why it’s not good to self-harm? ‘Cause it makes you feel worse. You think you’re going to feel better because you’re showing somebody, ‘Look, I’m in pain.’ It doesn’t help.”

It took GaGa two-and-a-half years to learn “all the ways to pull myself out of it” with therapy, taking care of her body and playing music. “It all started to slowly change,” she says in a positive note, concluding that she shares her story not to garner sympathy, but to trigger empathy in others.