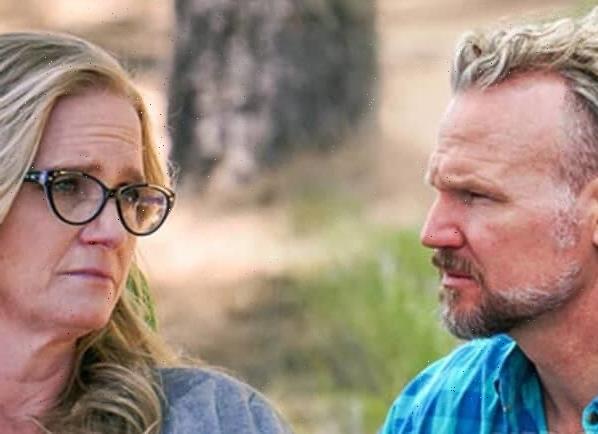 As previously detailed, Kody Brown is basically out of money these days.

He just begged and pleaded for a home loan.

On Sunday’s new episode of Sister Wives, meanwhile, it became evident that Kody is out of patient for one of his spouses as well.

A significant aspect of this installment focused on Kody and Christine’s daughter, Ysabel, heading off to New Jersey for surgery on her spine.

Kody did not accompany his child or Christine on this trip, citing concerns about COVID-19 and his need to remain virus-free for the sake of his very large family.

(The episode, for whatever this is worth, was filmed in late 2020.)

But Christine took precautions and went with Ysabel to the hospital, putting the needs of her teenager above these worries about Covid.

And, boy… did this piss Kody off.

“Christine’s given me an ultimatum — either she’s not going to conform to [the rules] at all, or we have to do it in a way that’s going to get the whole family together,” Kody explained to Janelle Brown during Sunday’s episode.

“So, it’s either the whole family or nothing with Christine. That’s the life she wants. It makes me realize that in a plural marriage … I just don’t matter.

“Because Christine’s fine with just, ‘You do what you want. You do you, I’m going to do me.

With a straight face, Kody said his opinion doesn’t matter with this polygamous family he’s created.

The polarizing reality star later added that his argument with Christine was just another sign of their “crappy relationship,” noting that they’d been having a challenging time for awhile.

“She’s really been complaining about the lack of romance or closeness in the relationship for years,” Kody said during a subsequent confessional.

“I could start pouring my heart out with poetry that I’m not necessarily feeling, but that’s going to be short-lived.

“It feels like sometimes that’s what I’m doing because it’s this constant pressure.”

Poor Kody Brown. Can someone break out the violins please?

Thereforre, she was just fine going out of town with Ysabel for the teen’s procedure.

“I don’t mind getting away for a while, but it will still be there when I get back,” Christine said on air.

“But I don’t mind putting it on hold for a bit.”

In early November, of course, Christine stunned Sister Wives fans by announcing she was leaving Kody after more two decades as a romantic item.

“After more than 25 years together, Kody and I have grown apart and I have made the difficult decision to leave,” Christine wrote on Instagram on November 2.

“We will continue to be a strong presence in each other’s lives as we parent our beautiful children and support our wonderful family.”

She is now living back in Utah, too.

“Janelle found a new home,” an Us Weekly insider told the tabloid.

“She’s excited about spending time with her children for the holidays.

“Her kids are her real family…

“[Janelle’s] really close to Christine, so she’s in constant communication with her.”