James is determined to get his weight on track in this EXCLUSIVE preview of ‘My 600-Lb. Life.’ He walks up and down the stairs in his apartment to get exercise, which he admits has been an issue for him.

James’ cousin Cheyenne stops by to bring him food in this EXCLUSIVE preview of the December 22 episode of My 600-Lb. Life. She wonders if what he’s eating, specifically the cheese, is appropriate for his diet. He explains that his doctor told him he needs to be on a high protein and low carb diet, which this meal includes.

James stresses that he’s taking this weight loss journey seriously. “I wouldn’t lie to you,” he tells Cheyenne. Next, James prepares for his daily exercise. James is New York City-based and has been walking up and down the stairs to his fifth-floor walk-up. 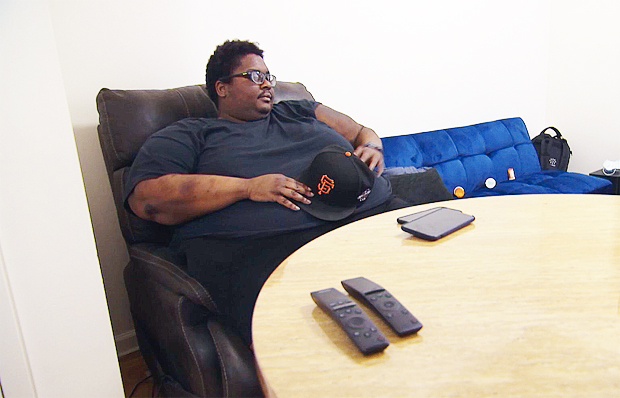 “The only issues I’ve been having with the exercise is the walking,” James admits. “Cheyenne’s been telling me that I need to start by doing one thing of stairs every day. I told her I’d try to do that with her today because I’m ready to get work in everywhere I need as long as my body could handle it.”

Cheyenne pushes James to complete one more set of stairs before he’s done for the day. “This is the most I’ve ever worked myself and it’s hard, but it feels good and I’ll keep doing it,” James says. He walks back into his apartment to rest. Cheyenne tries to talk to him, but he cuts her off. “Cheyenne, I can’t talk, I’m trying to catch my breath,” James says. 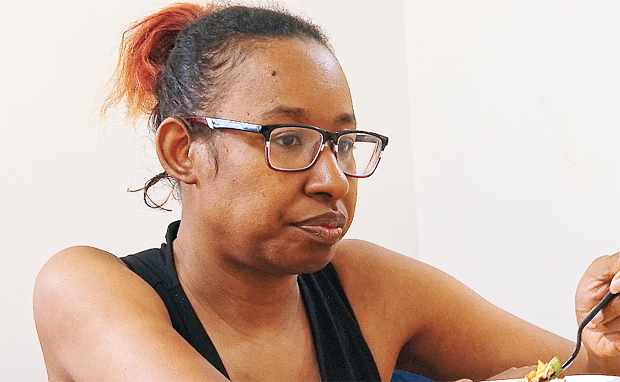 The official synopsis for the December 22 episode of the hit TLC series reads, “James B, grew up eating rich Haitian food and loves it with a passion; James needs Dr. Now’s help to diminish that love in order to survive, but a death in the family sends James retreating back to the comforts he knows.” My 600-Lb. Life airs Wednesdays at 8 p.m. on TLC.