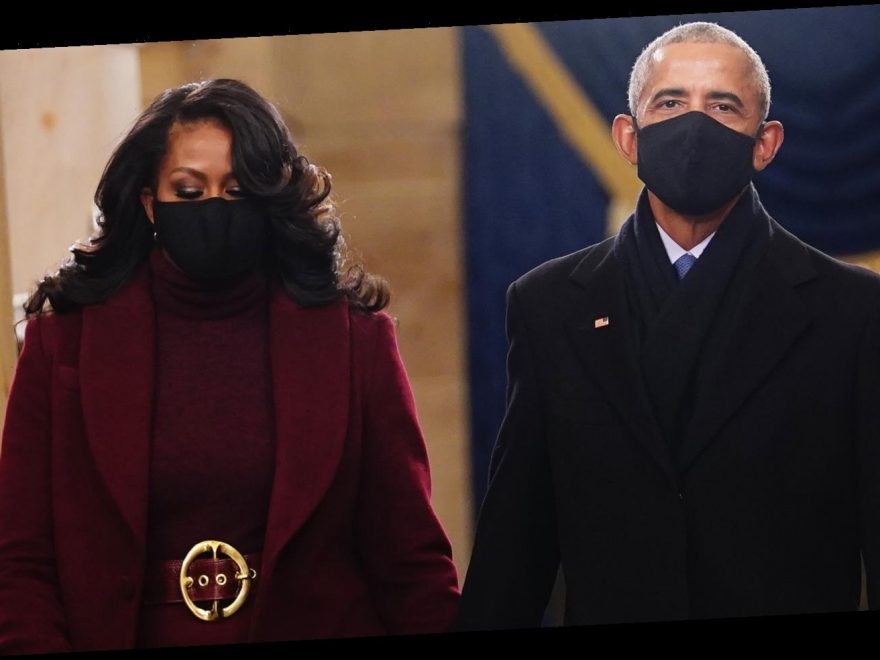 Although the normal festivities of the day could not happen due to the COVID-19 pandemic, viewers across the country tuned in to watch President Joe Biden and Vice President Kamala Harris’ historic inauguration ceremony on Jan. 20, 2021. Ushering in a new political era with the first African American, first South Asian American — and first woman — serving as vice president, it is not too far-fetched of an idea that the day would serve as an iconic fashion moment. From Rep. Barbara Lee’s touching tribute to Shirley Chisholm, to the buzzworthy appearance of a pair of Air Jordan 1 OG Dior sneakers worn by Meena Harris’ husband, the Inauguration Day looks surely made a fashion statement.

One trend that everyone cannot seem to stop talking about, however, are the monochrome outfits worn by key attendees — from Harris’ purple coat and dress by Christopher John Rogers, to first lady Dr. Jill Biden’s sea blue Makarian look, to Jennifer Lopez’s angelic white Chanel suit. But the real star of the show, according to social media, was former first lady Michelle Obama. Walking hand-in-hand with former president Barack Obama, Michelle sported a plum ensemble adorned with a gold waist belt by Sergio Hudson, per Harper’s Bazaar. Michelle’s editorial look had Twitter users losing their minds. One such fan tweeted, “I know there are more important things to address right now; but, I cannot stop thinking about Michelle Obama’s outfit and how awesome she looked yesterday.” We can’t either!

Keep scrolling to get the deets on former first lady Michelle Obama’s look and why it’s got all of our attention.

People can't get over Michelle Obama's hairstyle for Inauguration Day

Former first lady Michelle Obama’s beloved burgundy look is receiving positive views all across the web. Obama’s outfit became a trending topic on Twitter, with users gushing over the bold outfit choice in comparison to her outfit from former president Donald Trump’s inauguration in 2016. One user tweeted, “Michelle looked a LOT happier than she did at the 2016 inauguration.”

You may be wondering who is the master behind the former first lady’s bouncy curl look. Yene Damtew, hair stylist and owner of Aesthetics Salon in Arlington, Va. identified herself on Twitter and received praise all around for her skills. In an interview with Okayplayer in January 2021, Damtew shared her reaction to her work going viral. “Even though it started off as a typical day at work for me, it really is humbling,” Damtew wrote in an email to the publication. “While she is a mentor and friend to me, she is still a client. I am happy with the way the look turned out, and I am even more happy that so many Americans love it, too.”

This is how Michelle Obama makes her style choices

Although the former first lady has been out of office for a few years, Michelle Obama is still dominating every space she enters with her stylish looks. Aside from her White House duties at the time, Obama is a full-time fashion trendsetter. In 2016, Obama’s marigold Narciso Rodriguez dress she wore to former president Barack Obama’s State of the Union address sold out within minutes, per CNBC. While it might seem like a great ego boost to be considered a staple in fashion, the first lady-turned-glamour girl knows her influence and uses it to promote the greater good. In 2018, Obama said her clothing choices are intended to highlight underrepresented designers — especially young women, immigrants, and African Americans.

“You learn that there are people in this scene who feel entitled to these things because they’ve done it for a while, and I hated that feeling,” the Chicago native told Sex and the City star Sarah Jessica Parker, per Axios. “There are [a] whole lot of people out here who are trying to make it, there are young women and immigrants and Black folk.”

During Obama’s two terms as the first lady, dresses would sell out hours after she wore them. Additionally, Obama’s style choices are a platform for smaller designers. She continued, “I did know that my clothes were making a statement. So we decided, why don’t we use this platform to uplift some young new designers who normally wouldn’t get this kind of attention? Because you can change their lives.”