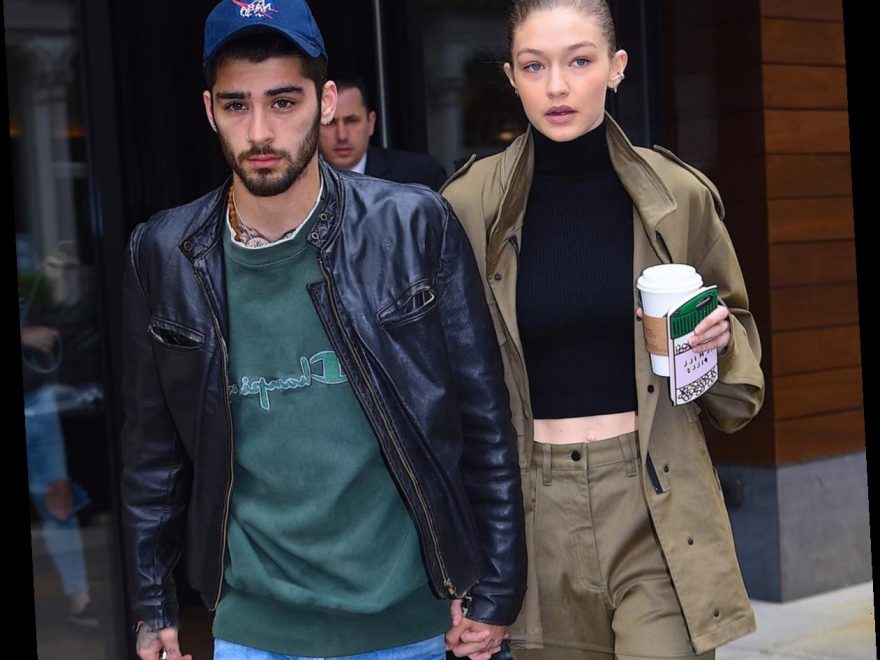 Gigi Hadid revealed the name of her and Zayn Malik’s baby girl in the most subtle way on Jan. 21: By updating her Instagram bio to "Khai’s mom." Since fans have been eyeing Hadid’s social media profiles for months wondering what it could be, they noticed the change as soon as it happened. Surprisingly, that wasn’t the first time the model posted her baby’s name on IG. After doing some digging, fans realized Hadid secretly shared it in November 2020. That’s right. The answer has been in front of fans for two whole months. Believe it or not, Gigi Hadid’s 2020 Christmas decorations revealed her baby Khai’s name all along.

The couple announced their baby’s arrival on Sept. 23, 2020 through emotional IG posts. Malik posted a black and white photo of him holding Khai’s hand, along with the caption, "The love I feel for this tiny human is beyond my understanding. Grateful to know her, proud to call her mine, and thankful for the life we will have together x." Meanwhile, Hadid wrote, "Our girl joined us earth-side this weekend and she’s already changed our world. So in love🥺💕."

At the time, neither star shared their baby’s name, leaving fans to guess what it was. Some thought it was "Dorothea" because Taylor Swift, who is friends with the couple, included the name on her December 2020 album Evermore. That August, Swift said she names the characters in her albums after her friends’ kids, so the theory was genius.

However, on Jan. 21, Hadid put all the speculation to rest when she announced her baby is named Khai. According to TMZ, the name is a tribute to Hadid’s grandmother Khairiah. Fans were mind blown when they realized Malik actually revealed their baby’s name in a Jan. 17 livestream — four days before the official reveal — and now, they’re even more shocked to find out Hadid shared it in a November 2020 IG.

Fans didn’t notice it then, but the last photo in the slide included Khai’s name on a pot underneath the Christmas tree.

In case you can’t see it, a fan pointed it out below.

Fans can’t believe this hint was staring at them right in the face all this time.