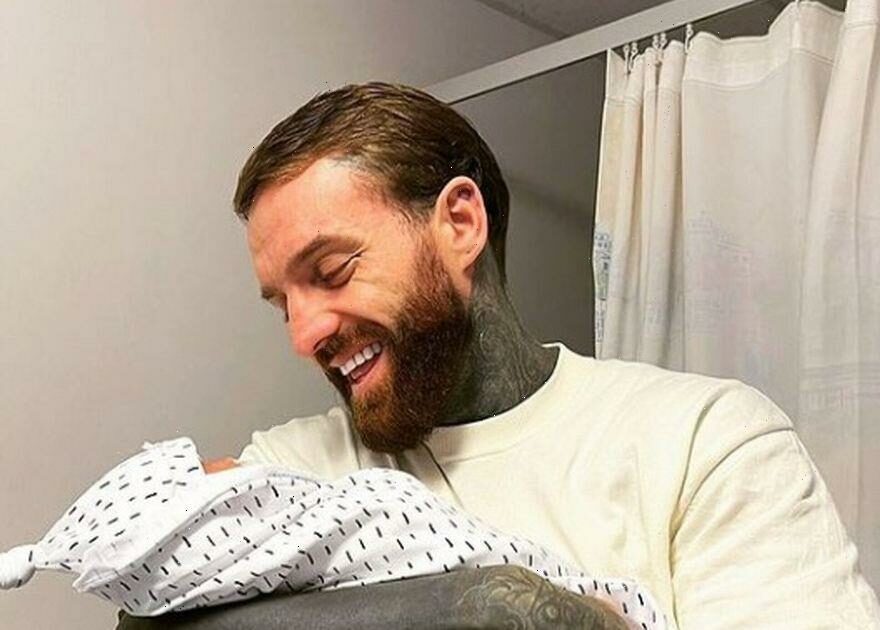 Former Geordie Shore star Aaron Chalmers has revealed his heartbreak as his baby son, Oakley, is back in hospital.

His son has suffered with difficulties since his birth last month and Aaron, 35, has been open about his baby boy's condition on Instagram.

He posted a snap of himself beaming as he bent over to touch his son in a crib in the hospital.

Alongside the picture, the TV star wrote: " First operation down yesterday for the little man!!

"This 1 come around so unexpected but the op went well and he’s breathing normal now with the help of some tubes in his nose!!

"It’s going to be a long road for my little solider but every op he has makes him that little bit better we’ve got this my little sunshine mummy and daddy and your brothers and sisters can wait to get you home".

The star and his longterm girlfriend Talia Oatway, 30, announced the arrival of their third son on 25 August, who they have named Oakley Bleu Chalmers.

The dad-of-three took to Instagram a few weeks ago to inform his followers of Oakley's health condition, writing: "Hi everyone I just thought I'd jump on here quickly to give a quick update, me and Talia are overwhelmed with all the messages of congratulations and stuff, I'll explain in a proper Story in a couple of days."

"We were in fetal medicine for most of the pregnancy, then we got cleared, unfortunately it wasn't cleared, and it wasn't picked up on the scans, so the little bubba is probably going to be in and out of surgery for the next 18 months to 24 months, so just me and Talia are coming to terms with everything," Aaron then explained.

Little Oakley's surgery came just weeks after Aaron had said that his “little soldier” had finally been allowed home to join siblings Romeo, two, and Maddox, 11.

Alongside a snap of himself, Talia and little Oakley in a pram, Aaron wrote: “After a long 8 days and a very tired mum and dad especially mummy we have our little solider home [heart emoji]!!,” he wrote.

“Time to get him settled and start planning towards his first surgery!! We got this @talia.oatway.”