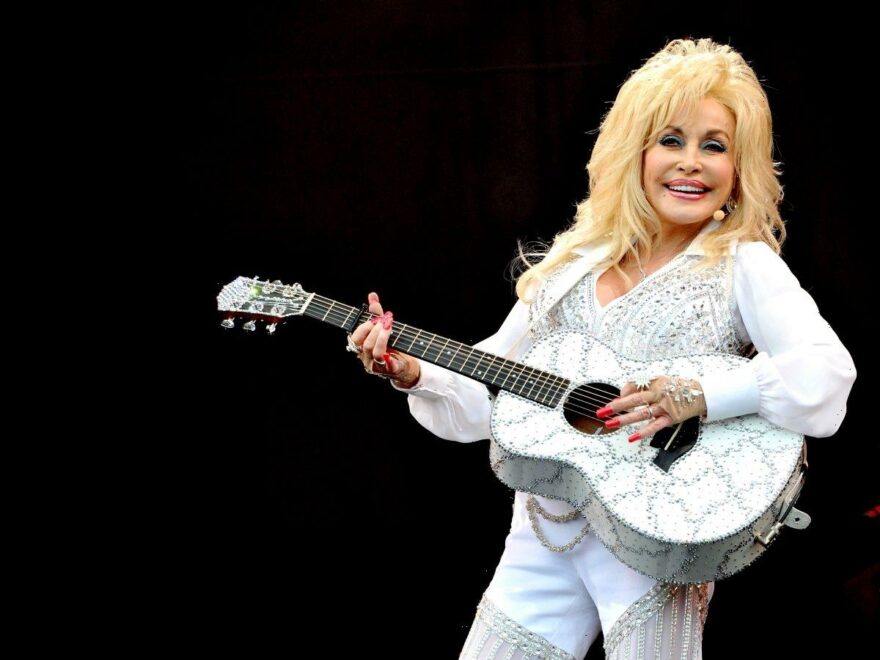 Dolly Parton’s over-the-top look, with pastel eye shadow, glossy lips, and a pile of hair, is a source of inspiration for both costumes and contests. Many bars host Dolly Parton Look-Alike nights, which Parton has attended. She also once approached people dressed as her for Halloween. This time, though, she was in a disguise that kept her true identity a secret from anyone around her.

Dolly Parton said that if she were a man, she’d be a drag queen

From a very early age, Parton knew she wanted to dress in loud outfits and wear bright makeup. Her parents often tried to squash this desire.

“I used to fight with my daddy and my mama about the stuff I wore,” she told Out, per the book Dolly on Dolly: Interviews and Encounters with Dolly Parton, adding, “I wasn’t doing it to be trashy. I was doing it ’cause I didn’t feel right just being ordinary.”

This affinity for making gaudy glamorous led Parton to believe that if she were a man, she would have been a drag queen.

“It’s a good thing I was born a woman, ’cause I’da damn sure been a drag queen if I hadn’t,” she said. “I can’t get flamboyant enough.”

She once went undercover to a look-alike competition

One Halloween, Parton and some of her friends were in Santa Monica, California, to watch the costume parade. There were multiple people dressed as the “Jolene” singer, but she disguised herself as a “pregnant hillbilly” to avoid detection.

“Lordy, was I ugly!” Parton told Ladies’ Home Journal. “A pillow in my stomach, teeth blacked out, sores and bruises and chigger bites painted all over.”

With the disguise, she could approach anyone who dressed up as her.

“I’d go up to the others and gasp, ‘Are you really Dolly Parton?’ and they’d holler, ‘Oh honey, of course! Who else?’” she explained. “And we’d all fall down laughing. I thought to myself, ‘God, if they only knew who I was and how ugly I can look!’”

Parton has brushed shoulders with Dolly Parton look-alikes before this. On one occasion, she went to a drag queen look-alike contest in Los Angeles. This time, though, she decided to dress as herself.

“They had a bunch of Chers and Dollys that year, so I just over-exaggerated — made my beauty mark bigger, the eyes bigger, the hair bigger, everything,” she told ABC News. “All these beautiful drag queens had worked for weeks and months getting their clothes. So I just got in the line and I just walked across, and they just thought I was some little short gay guy … but I got the least applause.”

Parton’s look was ultimately unsuccessful in the contest. Though she’s the real Dolly Parton, she said that she could not compete with the more elaborate costumes.

“All these beautiful guys were walking across, these Dolly Partons … and here I come walking across the stage, and I got the least applause of anybody,” she told Harry Connick Jr. on the show, Harry. “I’ve always said it’s terrible when you lose a Dolly Parton look-alike contest.”