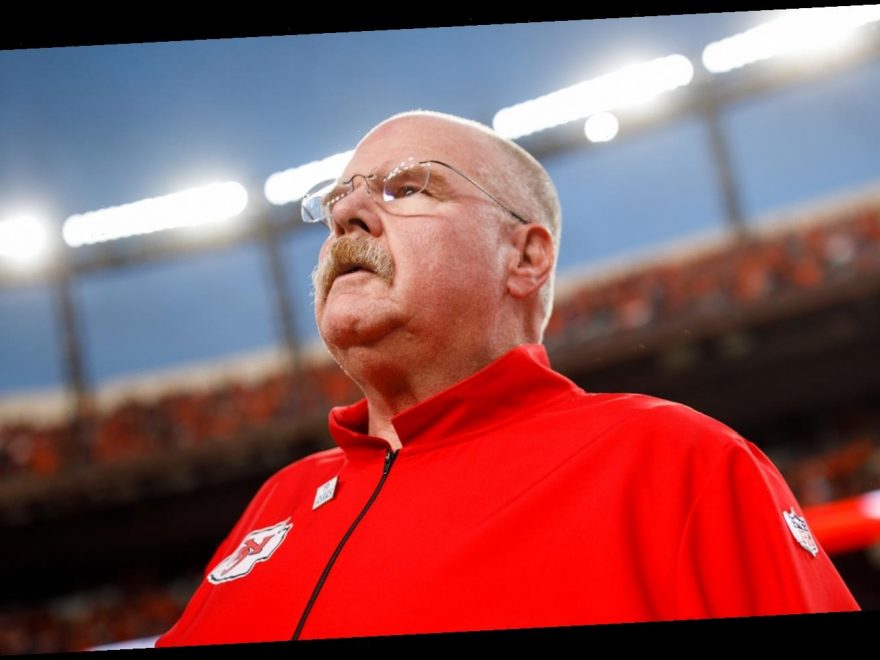 Andy Reid is the head coach for the Kansas City Chiefs. He’s also the husband of Tammy Reid, and the pair are the parents of five kids: Garrett, Britt, Spencer, Drew Ann, and Crosby.

While Andy and Tammy have a long marriage that has been filled with happiness and joy, the two have also weathered some truly devastating blows. Two of their children, Britt and Garrett, struggled with drug addiction for years. Reid’s sons were even arrested in 2007. ESPN reports that the judge in the case described their home as a “drug emporium.”

The judge also noted, per ESPN, “There isn’t any structure there that this court can depend upon. I’m saying this is a family in crisis” before sentencing Garrett to up to 23 months in jail for his involvement in a car accident that occurred while he was high.

Unfortunately for the Reid family, Britt and Garrett’s addiction battles didn’t end with that case. Sadly, Garrett died of a heroin overdose at the age of 29, while at a Philadelphia Eagles training camp at Lehigh University in August 2012 (USA Today). Andy Reid was head coach of the Philadelphia Eagles at the time.

The Reid family was plunged into grief following Garrett’s death. Michael Vick, who was quarterback for the Eagles at the time, issued a comment after the news broke.

“This is a very difficult situation for us all to deal with,” Vick said (via USA Today). “Our thoughts and prayers and condolences go out to coach Reid, Tammy, and his entire family. Coach has always been a rock for us. We’re going to lean on him, be there for him, and stay strong for him until he can come back to lead us on.”

Sportscasting noted that Garrett Reid previously told a probation officer that he enjoyed his high-stakes life. “I liked being the rich kid in that area and having my own high-status life. I could go anywhere in the ‘hood. They all knew who I was. I enjoyed it. I liked being a drug dealer.”

However, Garrett knew that there was work to be done. At his sentencing, he prophetically told the judge, “I don’t want to die doing drugs. I don’t want to be that kid who was the son of the head coach of the Eagles, who was spoiled and on drugs and OD’d and just faded into oblivion” (via Sportscasting).