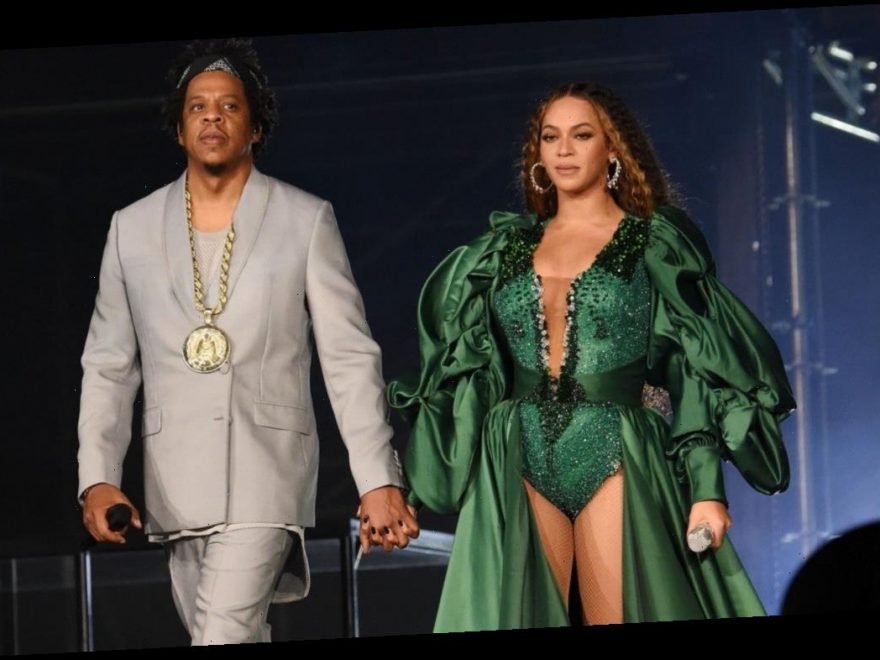 Beyoncé and JAY-Z were in attendance at the 2021 GRAMMYs, and all eyes were on Beyoncé thanks to her eye-catching leather look.

The superstar couple was captured by cameras sitting in the audience. Beyoncé made a fashionable appearance in a low-cut, long-sleeved leather outfit. She styled the look with a matching black face mask, statement black and gold earrings and sunglasses. Meanwhile, JAY-Z was also chic in an all-black suit and sunglasses.

Queen Bey is the most-nominated artist at this year’s GRAMMYs with a total of nine, including Song of the Year and Record of the Year for “Black Parade” and her collaboration with Megan Thee Stallion on “Savage Remix.” Her visual album and film, Black Is King, is nominated for Best Music Film.

The star’s co-director, Kwasi Fordjour, spoke with ET on how the iconic project came to be.

“It started a year ago, and at the time, it wasn’t a grand idea; it was a video,” Fordjour shared with ET’s Kevin Frazier. “We had just finished ‘Spirit.’ That was the first visual from the album, and she wanted to release more visuals. We were discussing what we would do, what the process would be, and that’s how it all started.”

“You have to be prepared,” Akers told ET. “If she says, ‘I just want to shoot, I think it would be really nice in a T-shirt,’ I’m like, OK, 10 ball gowns, please. Just in case! Because more likely than not, we get there and it’s like, ‘Oh, it’s so beautiful, we need something more grand.’ And we kind of allow it to shape-shift.”