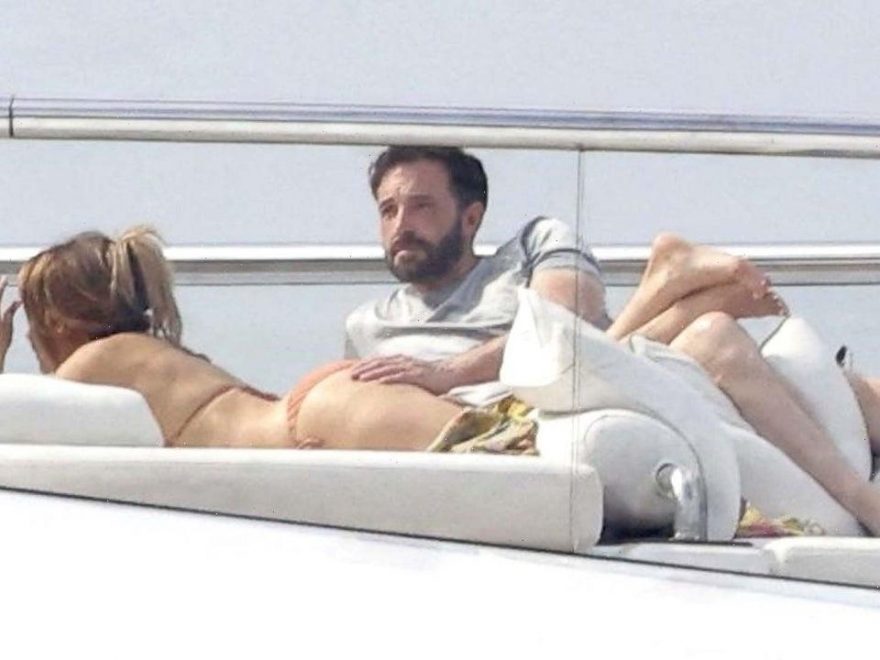 Nineteen years later and they’re back where they started! Ben Affleck and Jennifer Lopez were spotted celebrating J.Lo’s 52nd birthday in St. Tropez over the weekend and very similar to that scene in her 2002 music video, “Jenny From the Block,” the 48-year-old actor got a little handsy with his girlfriend.

While relaxing on a luxurious yacht, Affleck was seen patting Lopez’s bikini-clad backside. In one image, the triple-threat star sticks out her tongue, while in another, Affleck is posing for someone who is taking a photo of the PDA moment. 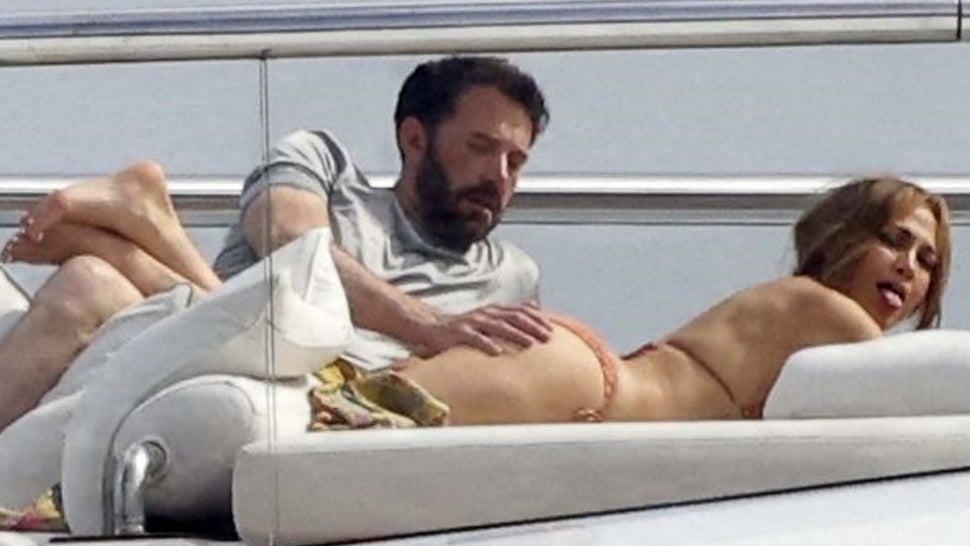 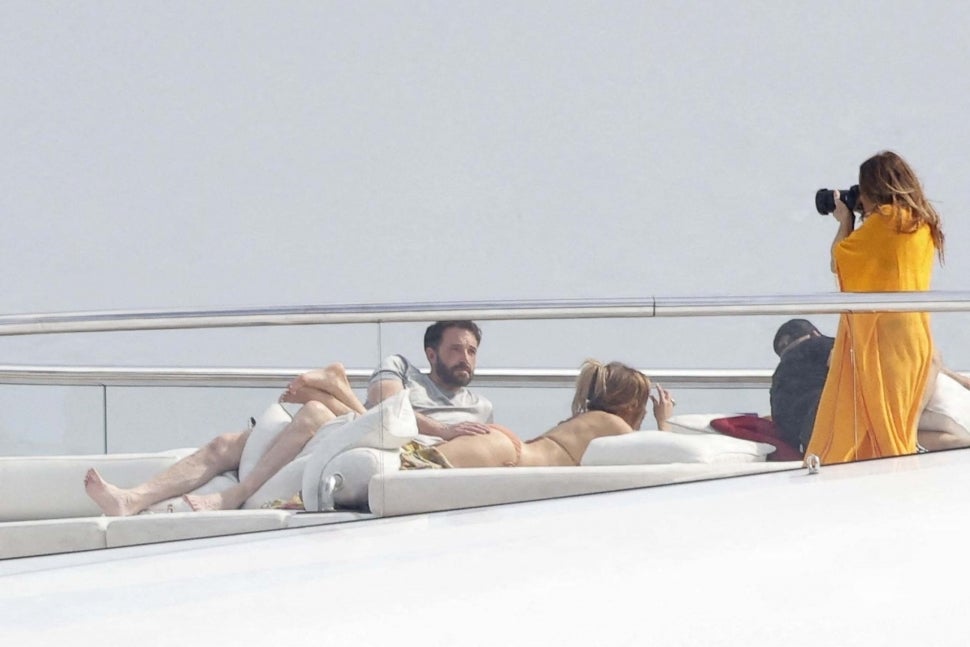 As Bennifer fans have been quick to point out, these pics are similar to the scene Affleck and Lopez filmed for “Jenny From the Block” on a yacht, where he’s again seen touching her backside while she lays out in a bikini. 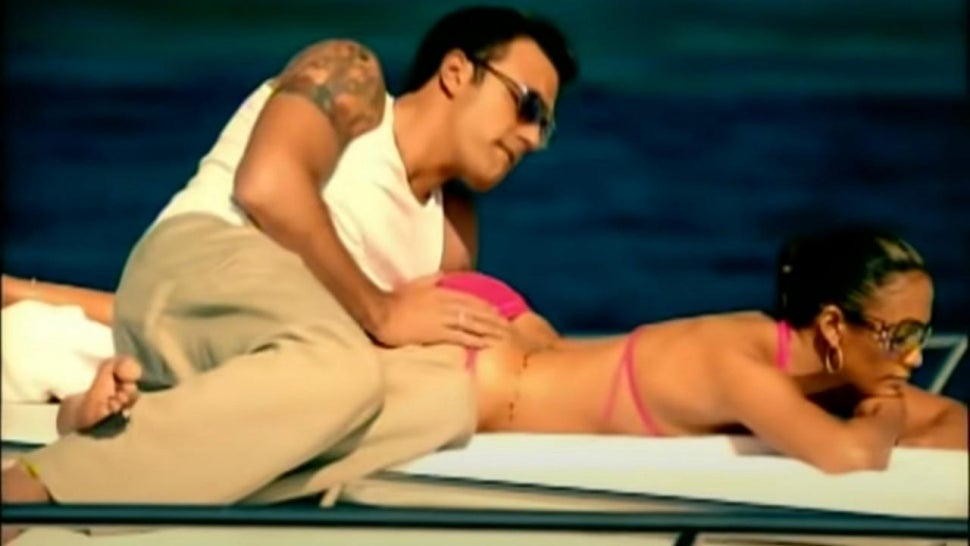 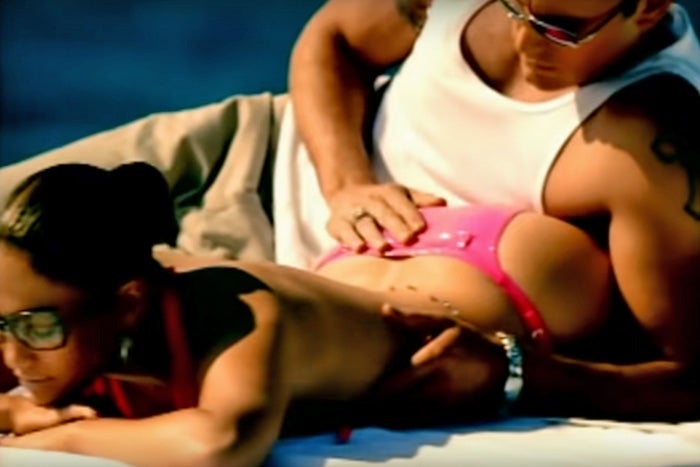 In addition to this recent PDA moment, Lopez took her relationship with Affleck to the next level on her birthday and posted a photo of them kissing.

“Seeing Jennifer Lopez and Ben Affleck together again is giving me major 2002 nostalgia. We all remember that Jenny From the Block music video! I’m all for #bennifer2021,” one fan wrote.

Another comment read, “Now they’re just literally re-enacting shots from the ‘Jenny From the Block’ video.”

Other fans are speculating, as this one commenter put it, “OK, wait… Is ‘Jenny from the Block (Part 2)’ music video ACTUALLY HAPPENING?”

Fashion blogger Rebel Neda also spotted the happy couple out at  L’Opera Saint Tropez later that weekend and told ET that “they looked very happy and were kissing throughout the night and looked super in love.”

“They were very friendly to other partygoers,” Neda shared. “…They got a lot of attention, but they seemed to love it.”

Meanwhile, Lopez’s ex-fiance, Alex Rodriguez, who celebrates his 46th birthday on Tuesday, was also in St. Tropez this weekend, and was spotted hanging out with Jessie James and Eric Decker, as well as NFL and CBS sideline reporter Melanie Collins.