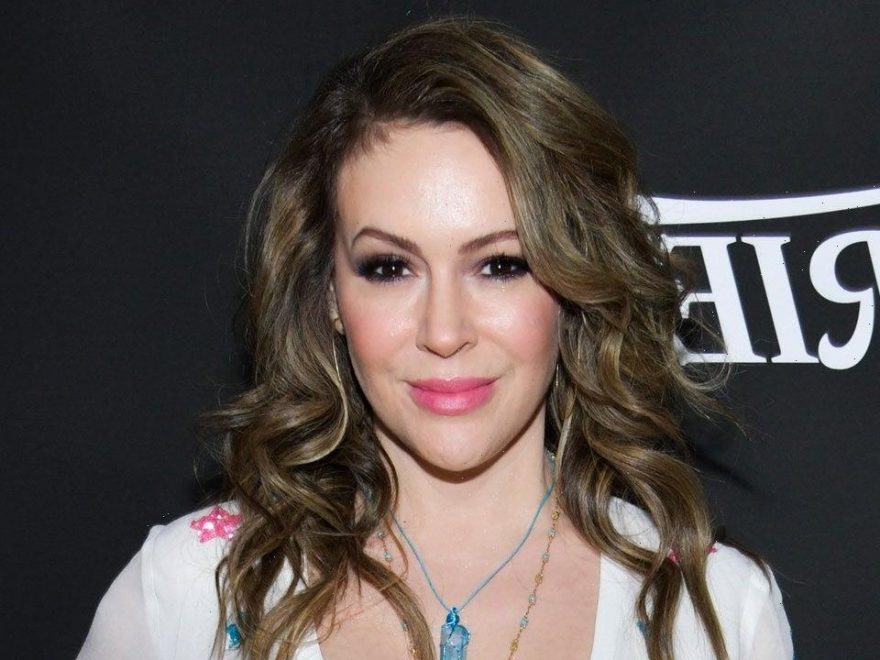 Alyssa Milano is sharing an update with fans after she and her uncle were in a “horrifying” car crash. In a video on TikTok on Monday, Milano opened up about her Uncle Mitch’s current condition, after he suffered a heart attack while driving the actress to a doctor’s appointment last week.

“It was some of the most horrifying moments of my life,” Milano said on TikTok on Monday.

The mom of two shared that Mitch was driving her to a doctor’s appointment because she has ringing in her ears, left over from COVID. After their crash, the pair was helped by “incredible good samaritans” whom Milano offered a heartfelt thank you to.

“Please, be one of those good samaritans if you see people who are in pain or suffering,” she said. “Please stop to help them.”

As for Mitch, Milano said he’s “still in and out of consciousness.”

“He is on life support,” she shared. “My brother went there yesterday and played him some ‘oldies’ and his whole body started moving, so he really loved that.”

“The nurses at the UCLA Medical Center and the doctors are taking such incredible care of Uncle Mitch, but he’s got a long road ahead of him. He spiked a fever last night of 103, so we think that there is an infection that he is also beating throughout all of this. But he is a fighter, Uncle Mitch is a fighter, and the doctors say that every day is a miracle that he still hangs on,” Milano continued. “So, thank you again, for your concern, for wanting to know how he is. Please, please, please get trained in CPR. You could be called upon to save a life at some point, and it’s really, really valuable to know how to do that.”

Last week, ET obtained a press release from the California Highway Patrol, which stated that Milano’s uncle “suffered a medical issue and became unconscious while driving on a Los Angeles freeway on Tuesday morning.”

According to the report, Milano’s uncle was driving a Ford SUV when he drifted to another lane, hit another vehicle and “started to have an unknown medical issue,” which the actress has now confirmed was “a serious heart attack.”

The report added that “with the assistance of a good Samaritan, they were able to bring the Ford to a stop in between the #1 and #2 lane.”

Per the report, two Los Angeles Police Department units arrived and initiated CPR on Milano’s uncle, who was later transported to the hospital. The report noted that Milano was picked up by her husband.

Law enforcement sources told TMZ, who was first to report the accident, that Milano reached over and used her hand to hit the brakes. When the car stopped, she reportedly gave him CPR until the first responders arrived.

Following the accident, Milano wrote on Twitter, “We should all take every opportunity we have to protect the people we love. Get vaccinated. Wear masks. Lock up your guns. Learn CPR. Small, common-sense actions. It’s not hard to take care of each other, but it is important.”