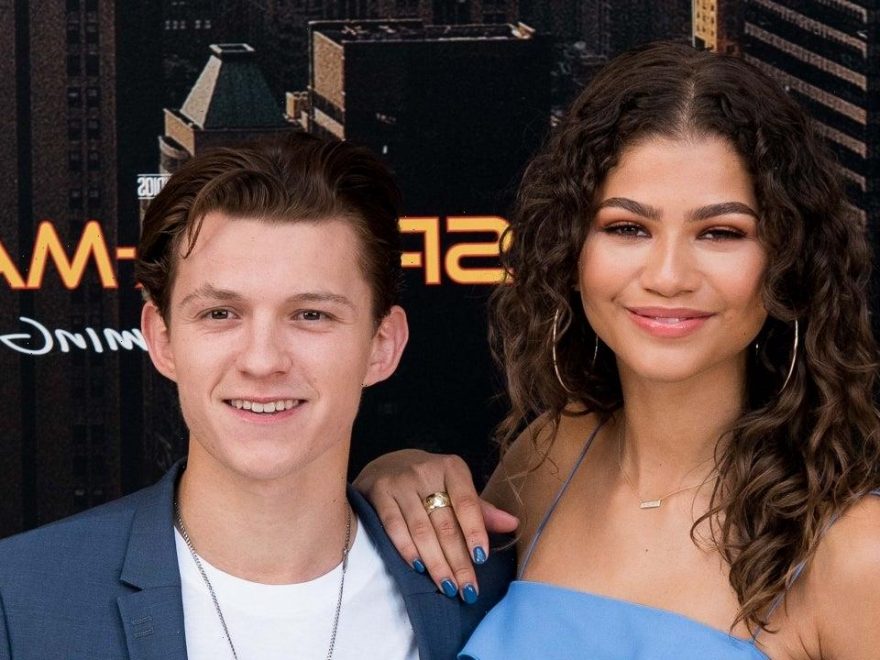 In a picture posted by their friend, Esteban Camarillo, on his Instagram Stories on Sunday, 24-year-old Zendaya leans her head on 25-year-old Tom as he holds on to the sleeve of her floor-length brown dress. The two smiled and clearly appeared to be in good spirits in the group photo. 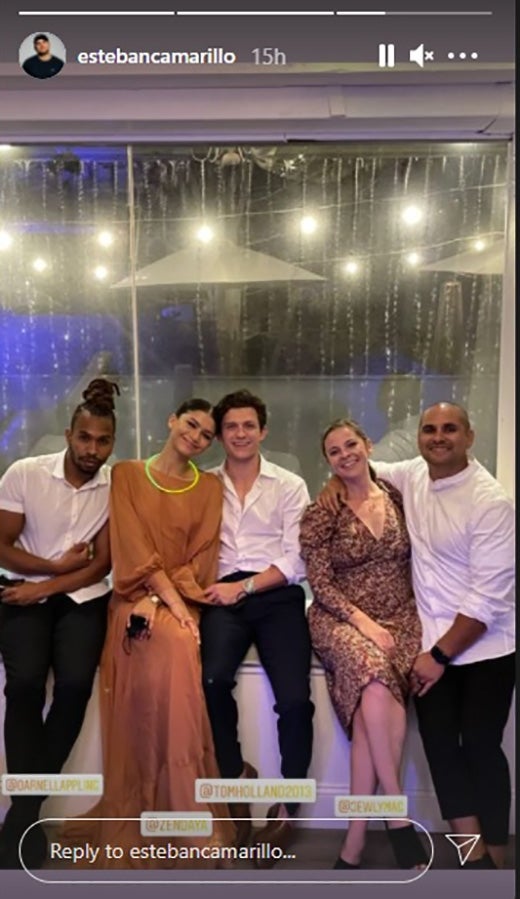 Zendaya and Tom’s kissing pics last month caused a frenzy among fans, and they later spent the Fourth of July weekend together. A source told ET that the two had dinner at a casual restaurant in Santa Barbara, California.

“They walked in together, sat down and enjoyed a low-key dinner,” the source said. “The following day, on July 5, Zendaya and Tom played mini golf at the hotel. Zendaya took some cute photos of Tom and they were laughing, hugging and hanging out. They also ate lunch at the hotel together and lounged by the pool.”

“[They] seemed comfortable with each other and looked super sweet and happy to be relaxing on vacation,” the source added.

ET spoke with Zendaya last month and she talked about being so close to her Spider-Man: No Way Home co-stars. The highly anticipated film hits theaters on Dec. 17.

“I can’t wait for everybody to see Spider-Man when it does come out,” Zendaya said. “And you know, we all work so hard and we’re all so close from that. I’m excited! We’re gonna have a good press tour I think.”