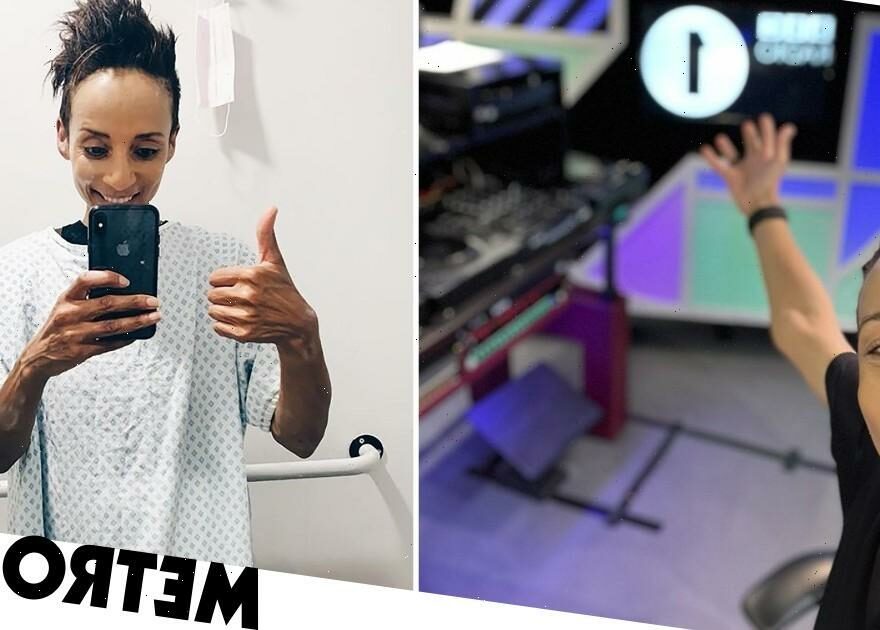 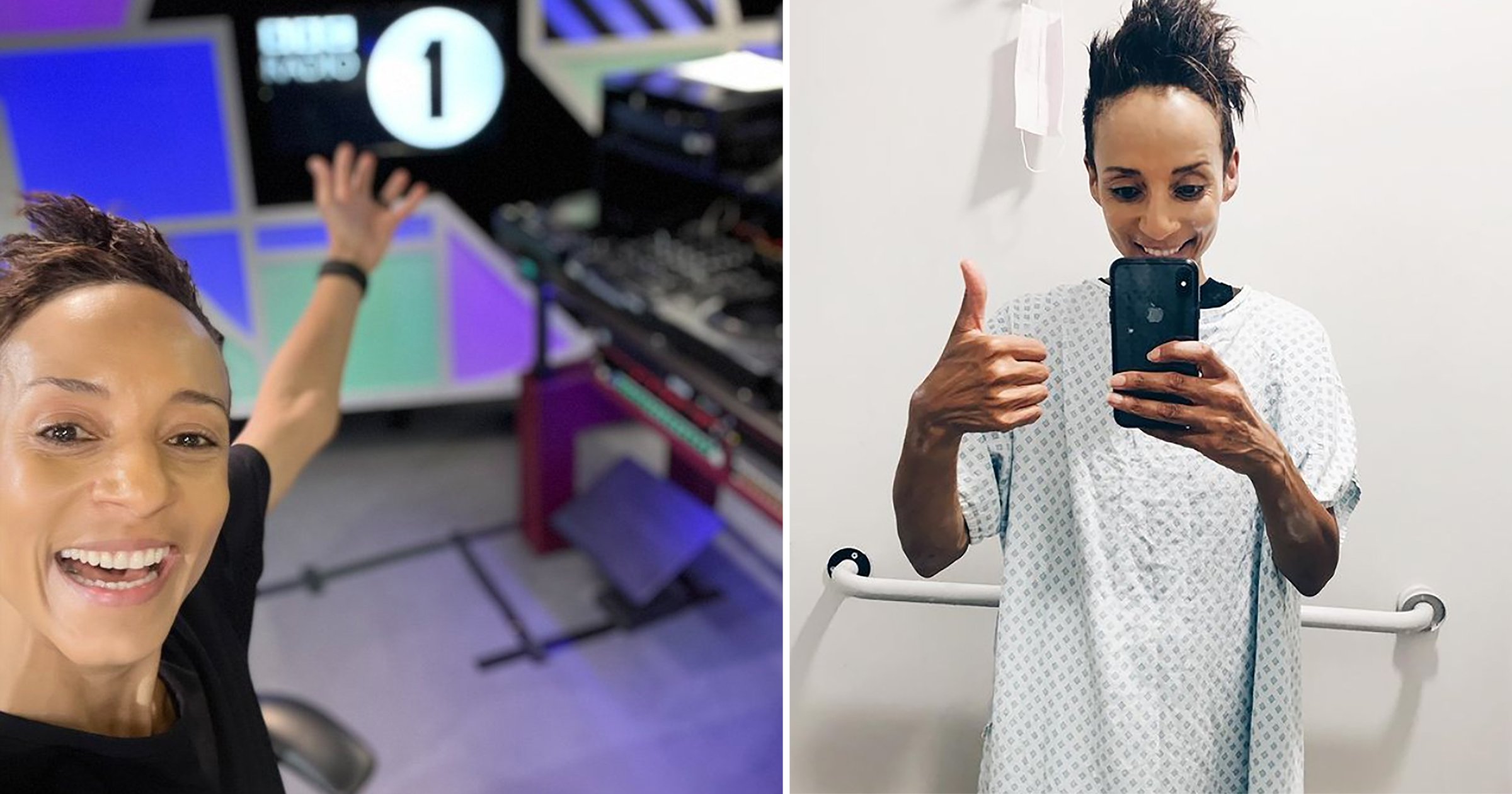 Adele Roberts has made her first appearance on BBC Radio 1 since her surgery to remove a tumour one month ago.

The TV and radio star announced in October that she had been diagnosed with bowel cancer before having the operation, revealing it had ‘all happened so quickly’.

Taking to Instagram, she documented her first early morning in a few weeks as she prepared to head into the studio for a Saturday morning show.

Starting with the all-important task of boiling the kettle for a cup of tea just after 4:30am, the former I’m A Celebrity… Get Me Out of Here! campmate then delightedly showed off the customised stoma bag her partner Kate had made for her, complete with the BBC Radio 1 logo.

‘You are so amazing Katie!’ the 42-year-old declared, before admitting: ‘I can’t believe it! I’m going to be back on Radio 1! I can’t believe it – it’s like a month since I had my surgery, and they’re allowing me to come back, which I think Kate is secretly happy about because I need to let that energy out somewhere!’

While she documented the new part of getting ready, revealing parts of her morning stoma care routine – which he’s named ‘Audrey’ – with the help of her girlfriend, the DJ shared: ‘I’m going to try and do all my crying now so I don’t cry like a big baby later on, on the radio. But I’m dead excited!’

Adele also shared a picture of herself from the studio shortly after 7am on Twitter, writing: ‘And we’re off! I’ve missed you so much. Please come & join us Saturday crew.’

Friends and colleagues celebrated her return with her, including fellow BBC radio DJ Rylan Clark-Neal, who commented: ‘Welcome back beautiful x.’