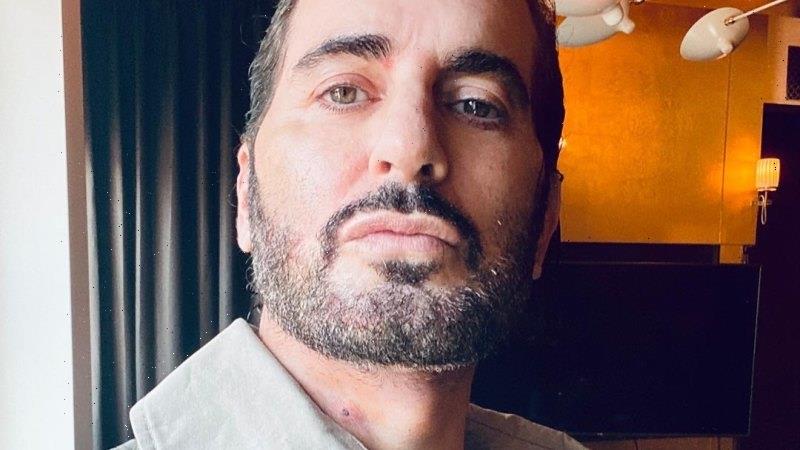 It is usually the last thing that anyone with a public profile will talk about but, two weeks ago, the fashion designer Marc Jacobs posted a picture on Instagram. “Three days after. Ready for lewks,” read the caption, with accompanying hashtags #deepplanefacelift #buhbyeturkeyneck #buhbyejowls.

What? A bona-fide celebrity talking, of his own free will, about cosmetic surgery? This never happens. For all that we live in a confessional age, most people – particularly famous ones – are still very reluctant to share the details of what they’ve had done.

To be honest, the procedure that Jacobs has had – a “deep plane” facelift with Dr Andrew Jacono in New York, one of the few surgeons in the world who specialises in this technique – really is something to brag about. It is the Hermes handbag of facelifts, US$67,785 (AU$92,300) worth of superb, artistic and major surgery, which produces extraordinarily good results. And as Jacobs showed, you look good enough for Instagram three days later.

Is it easier for a man, especially one in the public eye, to own up about having surgery than a woman? I’d say that depends on the man. Jacobs is a great one for tweaking his own image, yet most men would go a long way to avoid admitting they’d had work done. I’ve been writing about tweakments (non surgical cosmetic procedures) and cosmetic surgery for 20 years and it is certainly no easier to find men to talk about their “work” than women – not least because men only make up about 10 per cent of the market.

It’s odd the things that people are willing to admit they have had done. Having Botox injected in the armpits – which stops your armpits sweating for around nine months – is something that used to be popular with city boys who didn’t want sweat patches to give away when they were feeling the pressure. They would talk about it openly and send friends along for treatment, yet they were still shy about telling their colleagues that they also had toxin in their foreheads to soften their frown lines.

What people will own up to very much depends on what they feel they can get away with denying. Men are now fairly open about their hair transplants – but having mysteriously regrown a luxurious thatch, there is no way they could pretend they have achieved this by anything other than major surgical intervention. Women who just look a little… fresher, or surprisingly good for their age, can somehow get away with insisting that they’ve just tried some amazing new facial or gone vegan.

The one cohort who do talk in an honest and everyday way about what they’ve tried are the youngest adults, the 18-30 year olds, who I wish weren’t engaging with aesthetics at all. In the 2000s, tweakments were all about softening the obvious effects of ageing. Over the past decade, the emphasis has moved onto general enhancements – beautification, if you like – and these appeal hugely to young women (and some men) who want the lips, the amplified cheekbones and sharpened jawlines that they see on social media stars. They walk straight into the clinics and say: “This is what I want, treat me now,” whereas it can take years for a cautious 40-something to work up the courage.

The truth is, the whole topic of tweakments is still taboo. If stories about procedures make it into the media, you can bet they will largely be negative tales of botched work, of a perilously unregulated industry (true) and of regret afterwards. It becomes a morality tale. When Botox was first approved for cosmetic use back in 2002 (it has been used as a medical treatment for muscle spasms for decades), media attitudes were judgmental. How could women be so vain that, in a futile bid to hold back time, they would inject themselves with a deadly poison?

That line of argument persists today and has helped fuel the strange phenomenon of “tweakment denial”. This is common among high-profile figures who get a lot of help with their looks, but would never admit it. When interviewed about cosmetic work, these well-known women (and it is invariably women) say with a laugh that they tried Botox once, but it made them look weird so they never did it again. They claim they changed their diet, their exercise regime, their sleep patterns – and they look so much better. And people believe them. It’s disingenuous and incredibly unhelpful to anyone who wonders: “Maybe if I try daily meditation, or use olive oil as a cleanser, my looks will improve, too.”

When I discuss this with cosmetic doctors, they roar with laughter. Injections of toxin and filler are the top two procedures at almost every clinic and the number of practitioners has expanded enormously in the past 20 years. No, they tell me, none of their celebrity clients have given up treatments, it’s just that the work is so good it’s undetectable, so they can get away with fibbing.

Why are people so afraid? Along with the judgment, it’s because they fear looking weird, and we have all seen enough celeb-faces-gone-wrong to recognise bad cosmetic work when we see it. Women keep quiet because they know how harshly they will be judged.

I’ve had this a fair bit from friends over the years. “Why do you need to mutilate yourself?” asked one, a decade or so back. Telling her that I was curious to see what the treatment could do, that I didn’t like the way my face was ageing and that because this is my specialist area, I knew what I was doing, simply didn’t resonate with her.

There’s a scale of what can be admitted to, which ranges from skincare, make-up and hair colouring at one end – which everyone is fine with – to cosmetic surgery at the other, which few are comfortable with. Of the many tweakments that sit in the middle, most people, even those like Jennifer Aniston, are happy to talk about light-based treatments – the lasers that sweep away patchy pigmentation for a fresher complexion. But they’ll suddenly zip up rather than discuss wrinkle-relaxing toxins or injectable fillers. I think it’s the needles. Once you’re onto needles, my theory goes, people think you’re cheating and they may judge you to be a bad person because of it.

Attitudes are changing, slowly. The honest few, like Courteney Cox, will talk about having had too much filler in the past. Occasionally, someone performs an astonishing volte-face. Gwyneth Paltrow, who used to be one of those tweakment deniers, is now the paid-up face of one brand of injectable toxin in the United States.

Is honesty the best policy when it comes to tweakments? Of course, as Marc Jacobs clearly knows. Just try telling all the secret surgery fans out there.