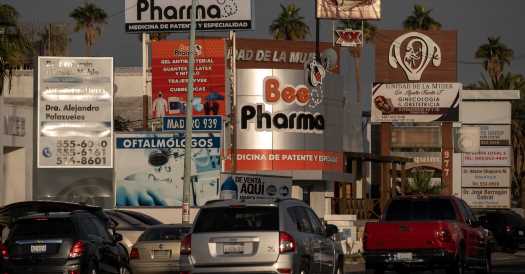 On a cold February morning last year, as she lay curled up in a fetal position on her kitchen floor, Melissa Jackson called her manager at a New Jersey beauty salon to ask for some unpaid time off.

It was the sixth consecutive week that the 39-year-old beauty technician was unable to work full time because of the debilitating pain in her pelvis caused by endometriosis, a chronic condition triggered by the growth of uterine tissue outside of the uterus.

As her symptoms worsened, she started exploring options to get less costly medical care abroad.

In recent years, while still on her ex- husband’s health insurance policy, she had received hormonal treatments to ease the pain so she could go about her daily life. But since her divorce last year and the coronavirus restrictions placed on the beauty industry in March, those treatment costs have become prohibitive, especially with no insurance.

“There is no real cure for endometriosis, but if I want to free myself from this pain then I need to get a hysterectomy,” Ms. Jackson said, her voice shaking as she described the procedure to remove her uterus. “As if the surgery isn’t bad enough, I need to find 20,000 bucks to pay for it, which is just crazy so I’m going to have to find a way to go to Mexico.”

The coronavirus pandemic has pushed millions of Americans into poverty and stripped more than 5.4 million American workers of their health insurance, according to a study by the nonpartisan consumer advocacy group, Families USA. Many people like Ms. Jackson have experienced a significant deterioration in their health because they have delayed medical procedures. The fear of large medical bills has outweighed fear of contagion for some, giving rise to an increased number of patients seeking medical treatment in a foreign country.

“We are seeing a pent-up demand for medical tourism during the pandemic, particularly in the U.S. where a fast-growing number of Americans are traveling across the land border with Mexico for health purposes,” said David G. Vequist IV, the founder of the Center for Medical Tourism Research, a group based in San Antonio, Texas, and a professor at the University of the Incarnate Word in San Antonio.

Even before the pandemic, millions of Americans traveled to other countries for savings of between 40 to 80 percent on medical treatments, according to the global medical tourism guide Patients Without Borders. Mexico and Costa Rica have become the most popular destinations for dental care, cosmetic surgery and prescription medicines while Thailand, India and South Korea draw in patients for more complex procedures including orthopedics, cardiovascular, cancer and fertility treatment.

In 2019, 1.1 percent of Americans traveling internationally did so for health treatments, according to the National Travel and Tourism Office, although that figure only accounts for those who traveled by air and does not include the thousands of travelers who crossed the United States-Mexico border. Definitive statistics on medical tourism are hard to come by because countries have different recording methods and definitions of the sector.

Medical tourism has been decimated by coronavirus restrictions, but, even so, the twin crises of the economy and the enormous strain that Covid-19 has placed on the already faulty American health care system are pushing many patients to travel. Demand for nonessential surgeries has also been building up after more than 177,000 scheduled surgeries were postponed in the United States between March and June in 2020, according to the Center for Medical Tourism Research.

“Our market has always been what I call the ‘working poor’ and they just keep getting poorer,” said Josef Woodman, the chief executive of Patients Without Borders. “The pandemic has gutted low-income and middle-class people around the world and for many of them the reality is that they have to travel to access affordable health care.”

In April, following the initial global lockdown to curb the spread of the coronavirus, medical travel bookings were down by more than 89 percent in the most popular destinations, including Mexico, Thailand, Turkey and South Korea, according to Medical Departures, a Bangkok-based medical travel agency. Since August, the numbers have slowly been rebounding, but bookings in Mexico, which has seen an uptick in American travelers in recent months, are still down by 32 percent compared to the same period of August to December in 2019.

“Covid-19 has devastated the whole medical tourism ecosystem because of all the uncertainty over travel restrictions and quarantine measures that keep changing across the world,” said Paul McTaggart, the founder of the agency.

“Despite this, we are still seeing a growing number of people traveling and booking trips to address their urgent health needs, especially between the U.S. and Mexico border where patients can travel safely by car,” Mr. McTaggart said. The Center for Medical Tourism Research found that Google searches in the United States for the terms “Mexico medical tourism” went up by 64 percent since July, compared to pre-pandemic levels before travel restrictions were imposed in March.

“Google searches are almost directly correlated with consumer behavior when it comes to travel across borders,” Mr. Vequist said.

Before the winter resurgence of the coronavirus, Ms. Jackson had started to plan and save for a trip to Mexicali, a border city in northern Mexico, where she can get a hysterectomy for $4,000, one-fifth the cost of the procedure offered in New Jersey. Her best friend had offered to drive her there and pay for the gas and accommodations. 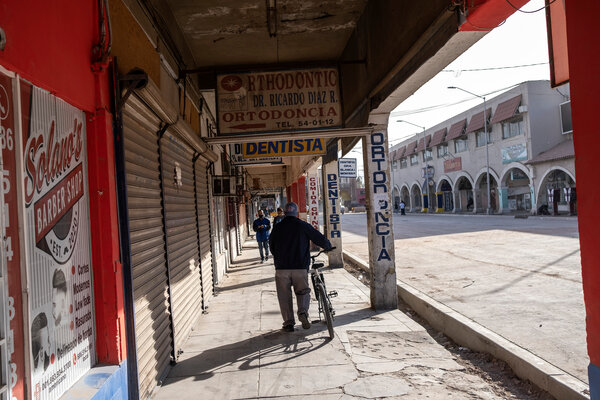 “We wanted to make a vacation out of it and have some fun before the surgery because it’s such a heavy and dark thing with real consequences,” Ms. Jackson said. “At 39, I have to come to terms with the reality that I’ll never have kids. That’s even more painful than my condition.”

For now, Ms. Jackson has put the surgery on hold and will wait until the virus is brought under control. Her doctor had pointed to cheaper options for the operation in New Jersey, starting at $11,000 in a local outpatient facility. But Ms. Jackson is adamant about having it in the hospital and says the aftercare is more thorough in Mexico.

“Going for the cheaper option at home means getting lower quality care and taking a risk. That just isn’t the experience for people who do this in specialized hospitals in Mexico,” she said. “It’s cheap and safe.” (Many hospitals and clinics in Mexico and other countries have accreditation to ensure their standards are equivalent to medical facilities in the United States.)

In recent weeks, Ms. Jackson has had a flare up of symptoms, which is common when the condition goes untreated.

“I’m not sure if I will be able to wait for Covid to get better,” she said. “This thing cripples every part of my life.”

The land border with Mexico — closed to tourists — has remained open for essential travel, which includes all medical treatment, and a handful of Americans cross the border every day into Los Algodones (also known as Molar City) to receive dental treatment or purchase pharmaceuticals.

“It’s just Americans over there getting dental care,” said Jeff Somerville, a Delta Air Lines flight attendant who visited the Supreme Dental Clinic in Los Algodones in September to get his crowns replaced. “You park on the U.S. side and just walk across. It’s easy and felt very safe.” He said the procedure would have cost around $25,000 in Tampa, Fla., close to where he lives in the city of Clearwater. In Mexico, he paid $7,000.

Now, Mr. Somerville, 47, is preparing to travel to Turkey in February for a hair and beard transplant, which will cost $3,000 and includes plasma treatments, medications, hotel lodging for three nights and a translator.

“I’m going to live my life, but I’m going to take my precautions while I do that,” he said. “I’m not going to sit at home and be scared.”

Turkey has remained open to tourists throughout the latest surge of the pandemic in Europe and only visitors from Britain are required to take a test as a precaution against a new, more transmissible variant of the virus. On weekends in Turkey a strict curfew is imposed on local residents to curb the spread of the virus, but foreign visitors are allowed to roam free without any restrictions. On Istanbul’s main Istiklal Avenue, men recovering from hair transplant procedures can easily be spotted with bandages around their heads.

“This is the best time to get surgery,” said Martin Wright, a British tourist, who had a hair transplant in Istanbul in December, before the new variant of the virus was identified in Britain. “Hotels are cheap, sites are empty and you get to have down time in a foreign city where you don’t have to explain to anyone why or how you got a hair transplant.”

Over the summer, when lockdown restrictions were eased across Europe, Britons traveled to the continent to receive medical treatment, after waiting lists for elective surgery on the National Health Service reached record levels. With British hospitals operating at reduced capacity to accommodate patients with Covid-19, hundreds of thousands of patients, who have been waiting for more than a year for non-urgent surgery, are facing further delays, N.H.S. figures show.

Cynthia Hedges, a 77-year-old retired nurse from Plymouth in southwest England, traveled to France in August for a knee replacement after waiting more than 19 months to get the procedure at her hospital.

“It just became hopeless, I could barely walk and was just living off pain medication, which is not good for my health,” she said in a telephone interview. “I know we can’t go far these days, but I became very depressed not even being able to walk to my garden. I know it was risky to travel at the time, but it was the best thing I did. It was worth it.”

“It doesn’t matter if you’re in Europe or the Americas,” said Mr. McTaggart of Medical Departures. “Financially challenged individuals will seek out and be more receptive to the idea that you can travel abroad and see substantial savings for medical treatment and get past the line.”