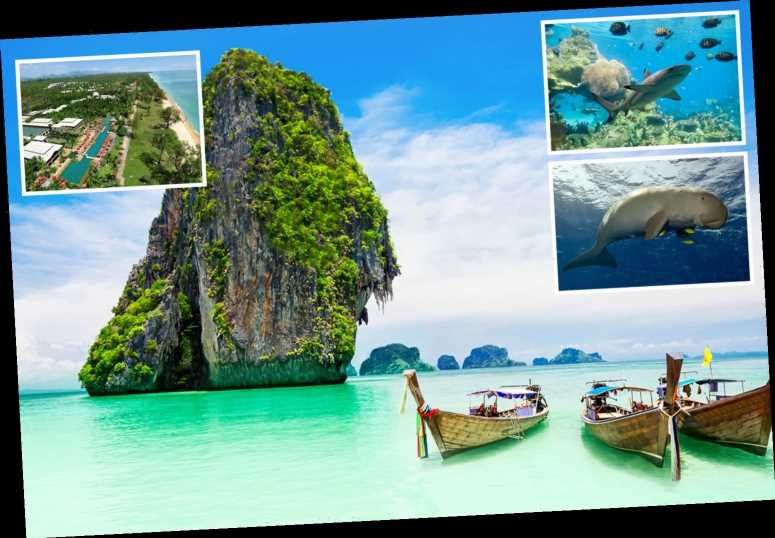 WITH the tourists gone from Thailand’s film-set islands of Khao Phing Kan and Koh Phi Phi, the marine life has been enjoying a valuable rest from humanity’s effects.

Acres of new coral growth have been recorded and there are almost daily sightings of dolphins, blacktip reef sharks and dugongs — part of the manatee family. 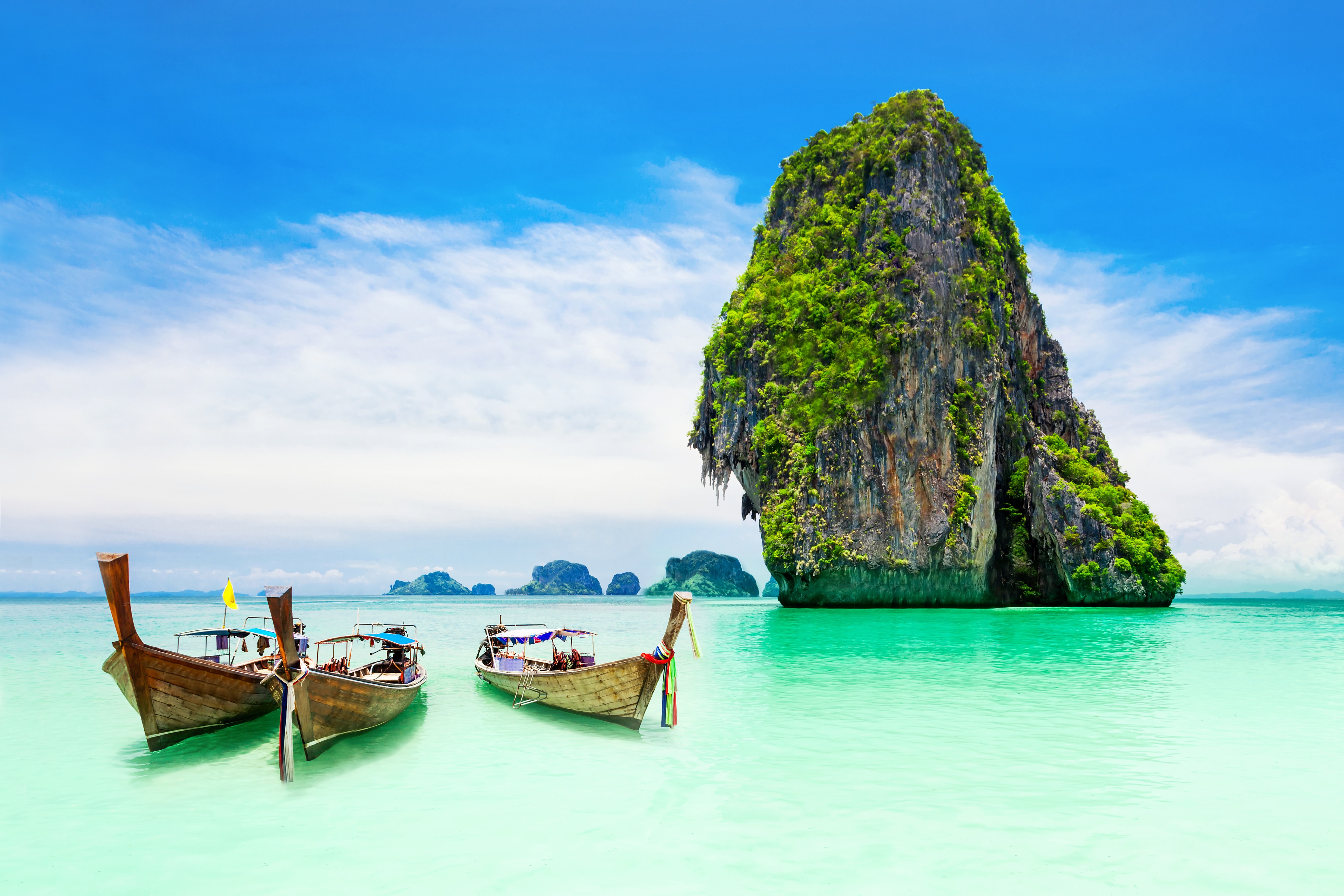 Even rarely-seen whale sharks and Bryde’s whales have been making an appearance.

Sea turtles have laid a record-breaking number of hatchlings and for the first time in more than two decades, a nest of Olive Ridley turtles was spotted on Mai Khao beach.

However, the peace and quiet won’t last much longer, as the Phuket province is set to be Thailand’s first holiday region to reopen to foreign travellers, with vaccinated holidaymakers from low-risk countries welcome to visit from July 1.

A plan dubbed the Phuket Sandbox will cancel out the current mandatory quarantine and allow visitors access to Phuket’s famous sun, sea and sand from the moment they land.

If you want to travel responsibly, the JW Marriott Phuket Resort and Beach, which has continued its beach cleaning and conservation projects throughout the pandemic, is a great option for those concerned about their impact on nature.

The six-mile Mai Khao beach and sprawling resort has long been a hit with Brits, with its sea turtles arriving in droves to lay their eggs on the beach in front of the resort. 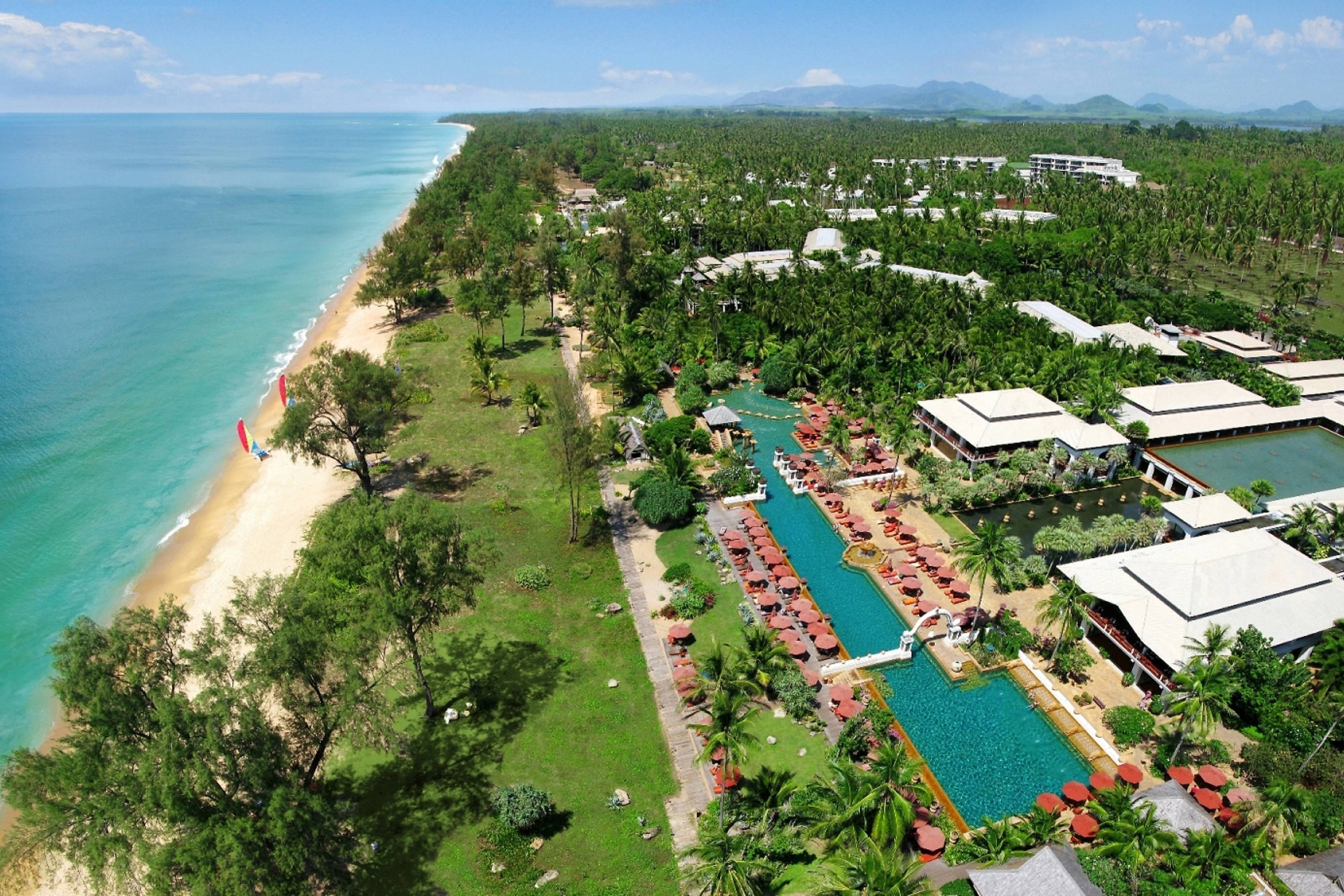 General manager George Varughese said: “Guests can visit our turtle shelter, where we care for turtles that have been injured, and learn about their life cycle, observe feeding sessions and be educated about ecological issues that impact their survival.”

Having baby turtles as neighbours is just one reason to visit the five-star resort.

Others include the huge rooms, three pools, one with a swim-up bar, the tennis courts, volleyball, kayaking, sailing or the easy access to Ao Po Grand Marina.

From the marina you can enjoy one of Phuket’s best boat trips — John Gray’s Sea Canoe Hong By Starlight tour.

Spectacular fun, and sustainable, it’s run by leathery US environmentalist John “Caveman” Gray, who has been plying the waves around Phuket for the last 20 years.

The trip sets off at lunchtime into the watery wilds of Phang Nga Bay, cruising glassy green waters teeming with tropical fish before making stops at a number of “hongs” — hollowed-out islands that you can kayak inside. 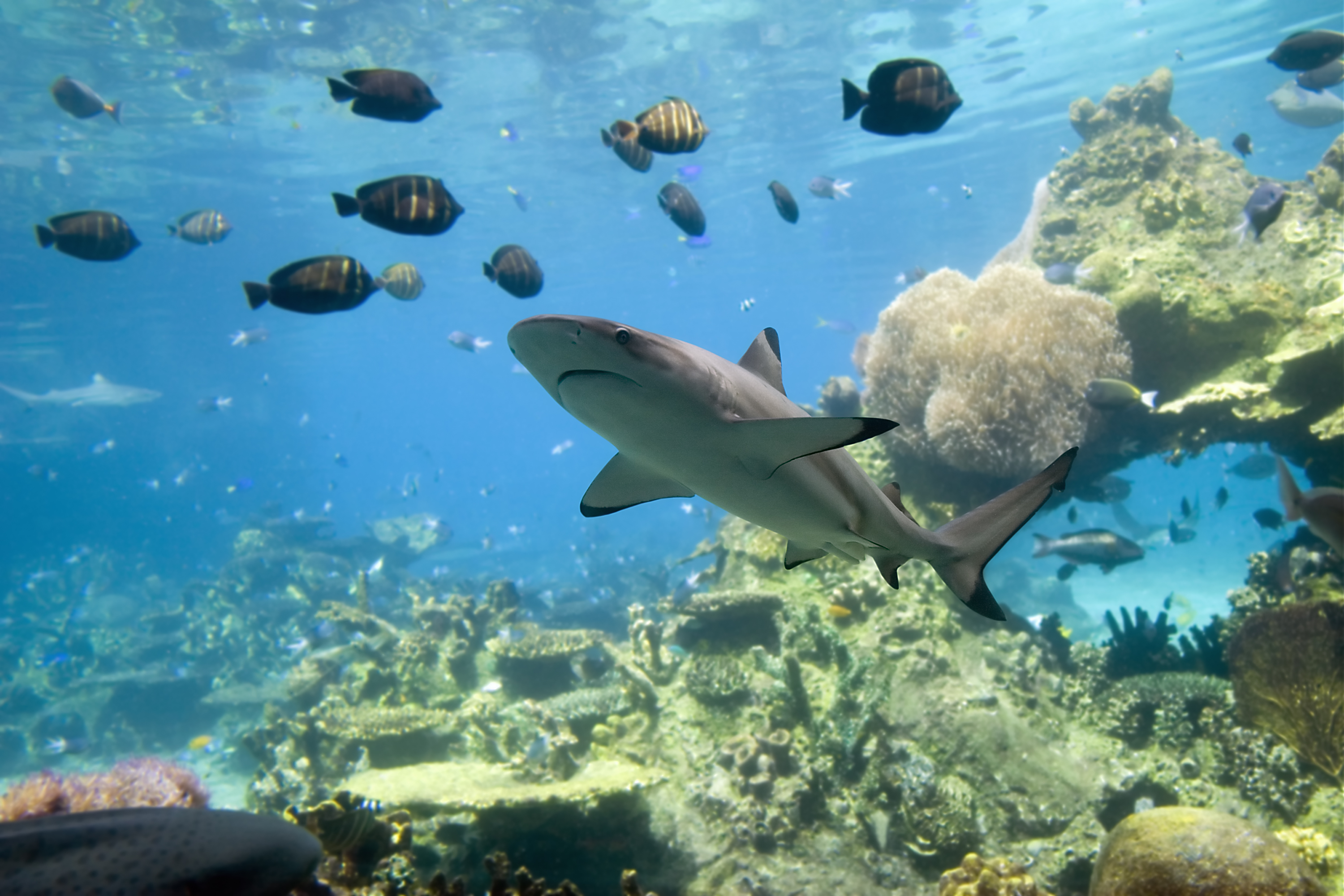 Later there’s snorkelling, bird-watching and a lunch of massaman curry and chicken satay, but the highlight is the after-dark kayak inside a bioluminescent sea cave, where the water lights up like a galaxy of stars when touched.

While nature may have benefited from the reset, the people of Thailand are desperate for foreigners to return.

The move safeguarded the population — but devastated the tourism industry.

A year on, thousands of hotels, restaurants and bars have closed, more than 300 tour buses lie rusting and party zones such as Patong look like ghost towns. 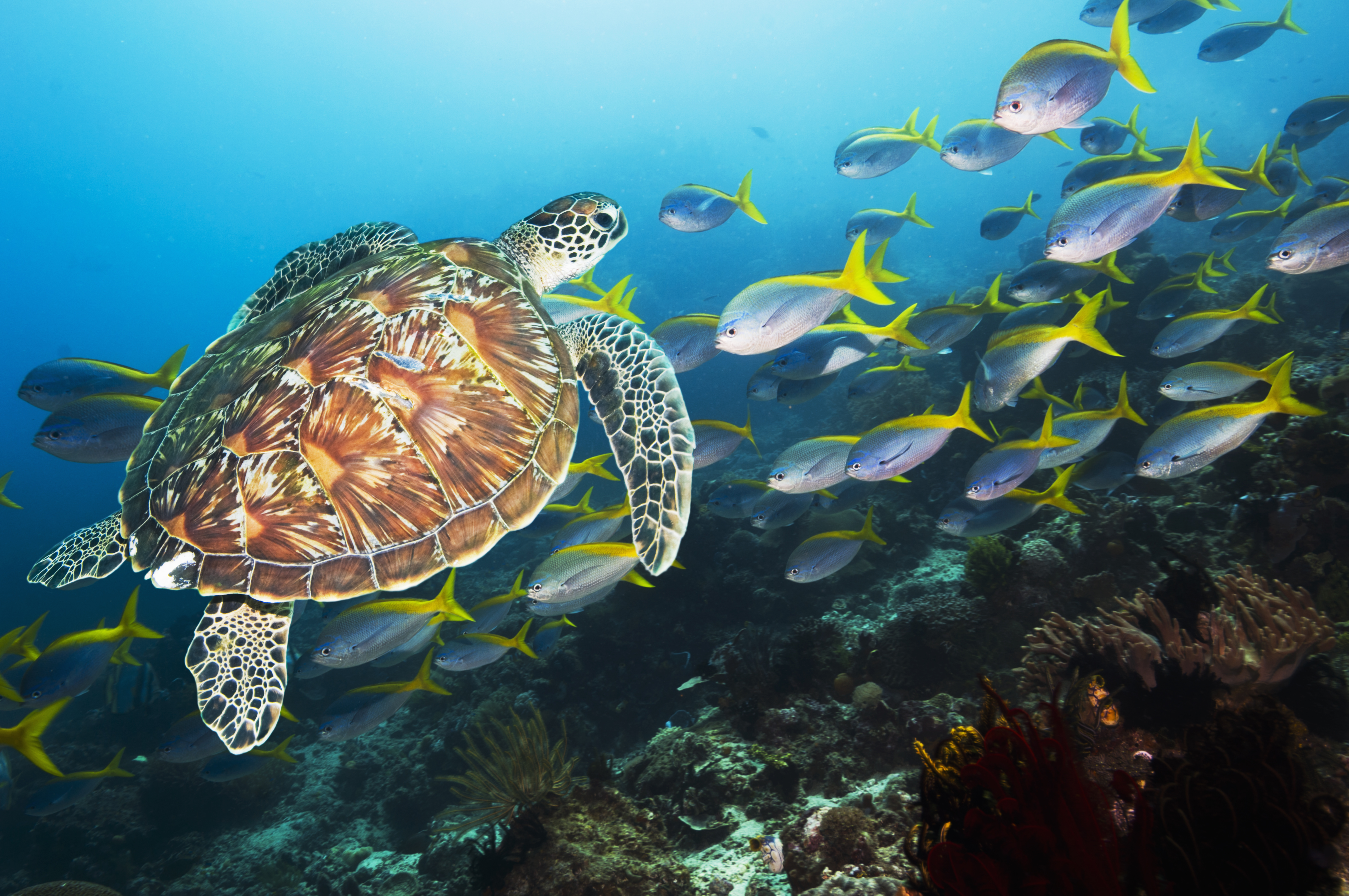 So it’s no surprise that Phuket businesses are applauding the government’s new reopening plan and this first step could open the door to a bonanza of winter sun getaways for Brits.

Brett Wilson, general manager of the Pullman Phuket Arcadia Naithon Beach, said: “Tourism is the lifeblood of Thailand and the people of Phuket are keen to see a resumption of travel so they can return to their normal livelihoods.”

Overlooking palm-trimmed shores, his 227-room resort has spent the corona- virus downtime sprucing up its gardens and sea-view pools.

Other facilities include three bars, one of them sunken dramatically into the hillside, two restaurants, a gym and a tip-top spa.

Brett added: “There’s never been a better time to visit. 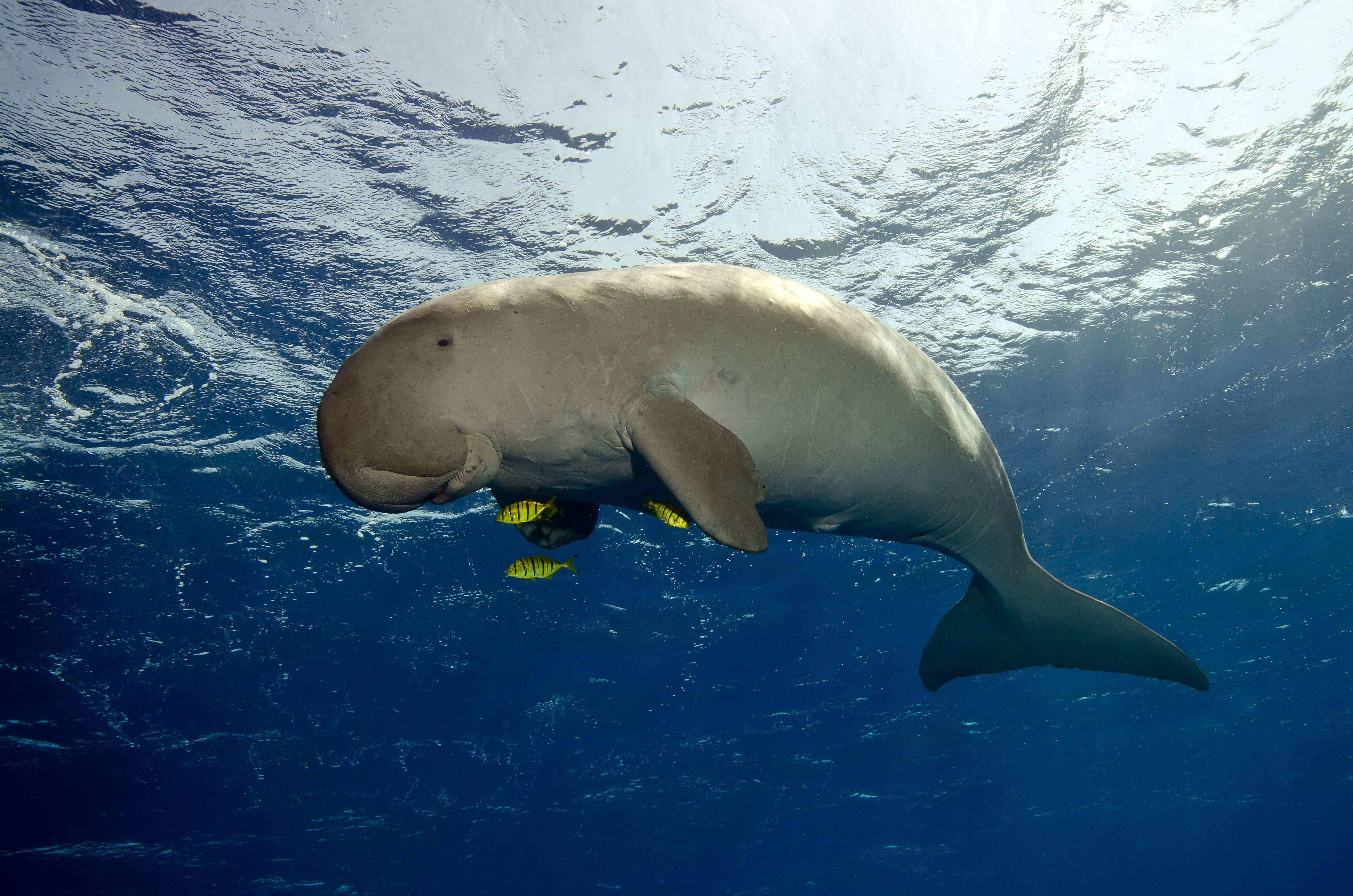 "The resort is looking its best and the beaches have never looked better, with locals and industry doing clean-ups

"The water is sparkling. We’re ready to welcome our international visitors as soon as it’s safe to do so.”

Local tourism ministers estimate it will take at least two or three more years for visitor levels to return to pre-pandemic levels.

Some businesses will have closed for good and those famous beach clubs are unlikely to be full. 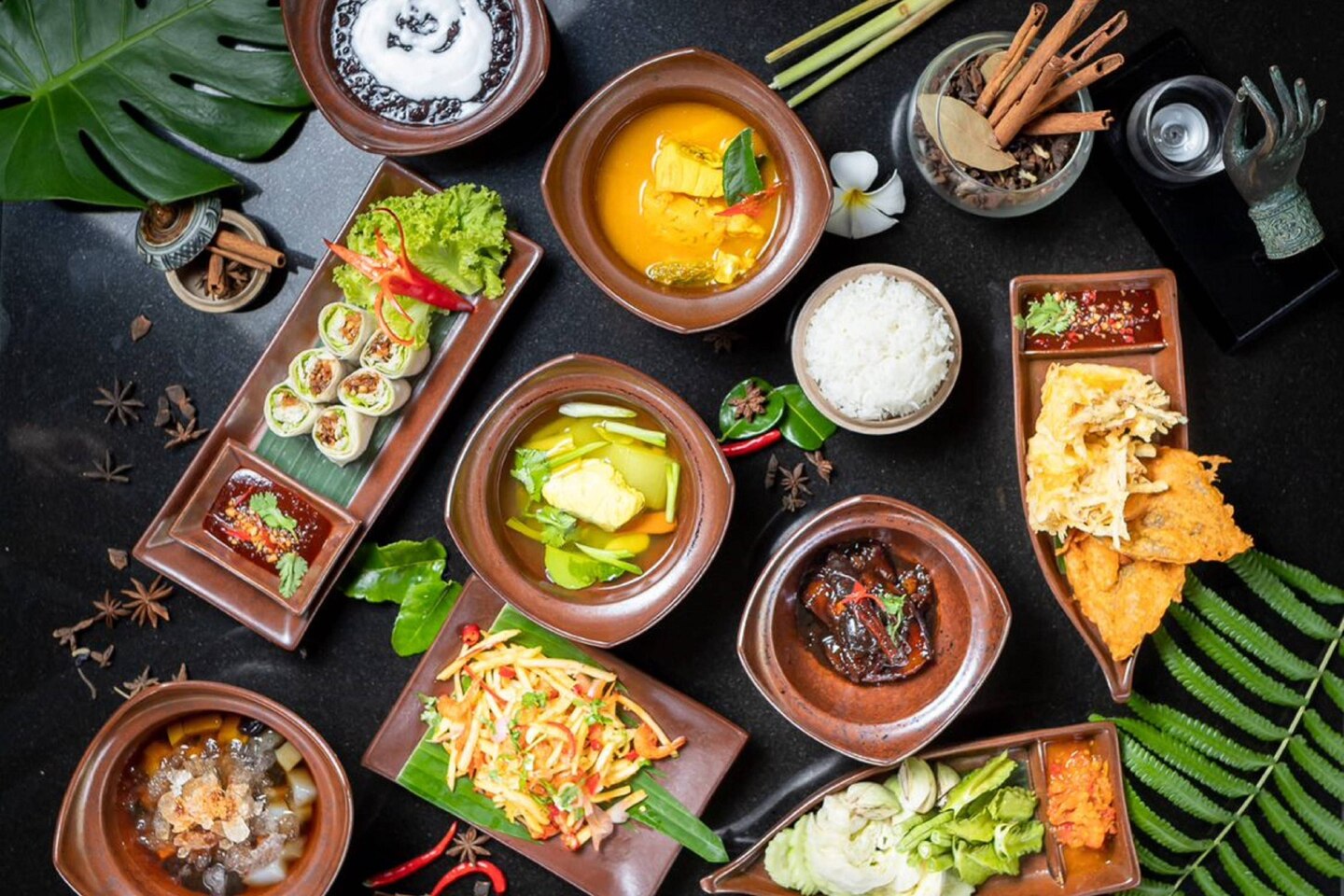 But few destinations depend on tourism more than this one and will be as glad to welcome you back.

Hotels have had a lick of paint, the Andaman Sea is flush with wildlife and for now, you’ll still be able to find beaches where the only footprints will be yours.

This might actually be the best time ever to visit Phuket.

£1,049pp: Eight nights’ B&B in a superior room at the 4.5★ Cape Panwa Hotel including Qatar Airways flights from Heathrow on selected departures in September and October.

£1,079pp: Seven nights’ half board in a jungle view room at the 4.5★ Marina Phuket Resort including Qatar Airways flights from Heathrow on selected departures in November.

£1,129pp: Seven nights’ half board in a superior ocean-facing room at the 4.5★ Amari Phuket including Qatar Airways flights from Heathrow on selected dates in September and October.