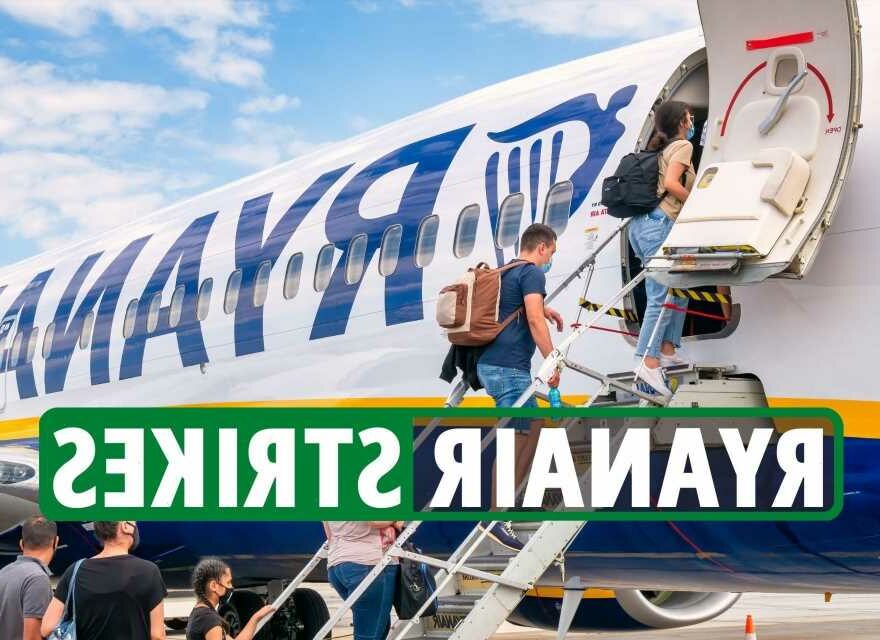 RYANAIR cabin crew will go on strike today across 10 airports in Spain causing disruptions to some flights over the next week.

The airline have said that they do not expect much disruption although the strikes are planned to last until Friday.

The USO and SICTPLA unions have confirmed that from Monday 18 to Thursday 21 and Monday 25 to Thursday 28 July there will be further strikes.

Ryanair has said it expects “minimal (if any) disruption to its flight schedules in July as a result of minor and poorly- supported Spanish labour strikes”.

“Less than 1 per cent of Ryanair’s flights have been affected in the past month by recent minor and poorly supported cabin crew strikes called by unions who are either not recognised by or who represent tiny numbers of Ryanair crews,” the airline said.

Read our live Ryanair strikes blog below for the latest information…