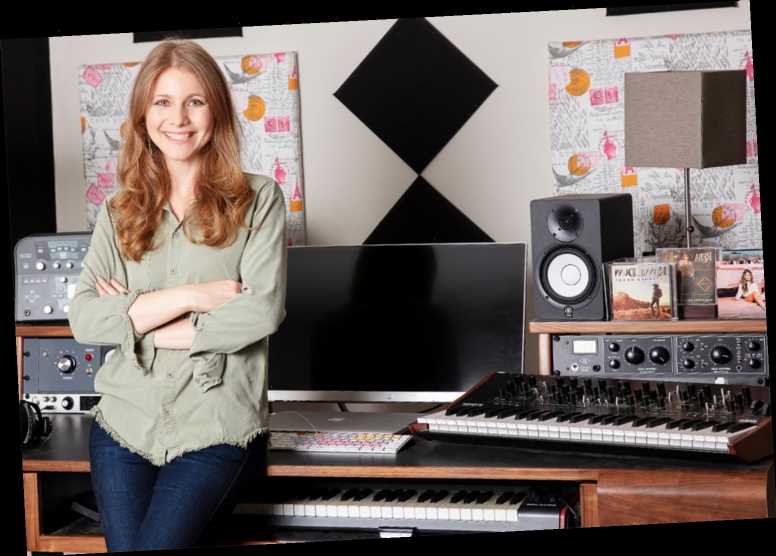 Producer/songwriter/multi-instrumentalist Alex Kline never used to be one to pay much attention to the country music charts. She never has been much of a numbers person, and audience stats and spin counts really have never been her thing.

That is, until the day "Somebody Like That" was released.

"Every single morning, one of us will wake up to the other person's text telling us about what the live chart says," explains Kline, 35, a music visionary of sorts that co-wrote the fast-rising single alongside fellow songwriter Allison Veltz Cruz and country artist Tenille Arts. "We are pretty much refreshing that chart page every 12 hours these days."

And for good reason.

Not only is Arts' empowering single "Somebody Like That" continuing to make its way toward the top spot on the country music charts, but it has already made history thanks to the all-female team who created it. Not only is the Top 10 song solely written by females, but it's also sung by a female and produced solely by a female.

Beyoncé Has 28 Grammys: Here's What They're For

The love of music has long lived within the heart of the true triple threat.

Born and raised in Minneapolis, Kline grew up on a hearty mix of pop, rock and hip-hop. But at the age of 13 years old, Kline moved to northern California, where her musical tastes quickly shifted to more of the Bob Marley and Grateful Dead variety.

One thing she wasn't listening to was country music.

"We didn't have any country stations that came in on the radio until The Chicks crossed over," remembers Kline, who spent a good portion of her days writing and playing the guitar throughout her childhood. "When they crossed over, a whole new world opened up for me."

Indeed, The Chicks' mastery when it came to lyrics became somewhat of an obsession for Kline, who began attending the Berklee College of Music in Boston in 2006. During a spring break trip sponsored by the prestigious school, Kline suddenly found herself in Nashville, sitting at the legendary Station Inn watching Gillian Welch and David Rawlings perform during a special alumni show.

"I remember that I was sitting in the front row, and my jaw just dropped," says Kline, who went on to play a number of different instruments throughout her career, including the lead guitar, banjo, dobro, mandolin, bass, lap steel and piano. "The venue and the magic between her and David and the music and I mean, it all hit me like a ton of bricks. I knew from that moment on that I just had to live in this town. This is where great songwriting was happening, and great artistry lived."

Soon after, Kline moved to Nashville and quickly tried her hand in country bands such as The Fireman's Daughter and The Lunabelles, the latter who nearly scored a top 50 hit with the song "A Place to Shine." But Kline says she still felt herself searching for something more.

"I realized that being the artist was not my journey," Kline remembers. "I wanted to write."

And write she did. Kline had a hand in writing for artists such as Ronnie Dunn, Reba McEntire and Mitchell Tenpenny. At the very same time, she also started getting her feet went when it came to producing.

"I realized I was able to do everything I wanted to do in my spare bedroom on my crappy computer," admits Kline. "From there, I became obsessed with production. I realized that this was my journey."

And now, that journey sits at a crossroads which might make Kline one of country music's most successful female producers. Because while "Somebody Like That" is quickly making Tenille Arts a household name, the song is also shining some much-deserved spotlight on Kline's growing prominence in the country music industry.

"The day we wrote it, it just felt special, especially when we put Tenille's vocal on it," Kline remembers of the song written in 2019 and featured on Arts' current album Love, Heartbreak & Everything in Between. "Writers get that feeling a lot though, and then nothing happens," she admits with a laugh. "But this song — I mean, everyone who listened to it flipped out. We knew we really did something special."

And if this song does indeed reach the top spot, it will be even more special, especially considering the rough road female producers in general have had to walk.

"There is probably not a woman in this town who doesn't feel like they have had to work a little harder just to prove that they belong in the room, simply because they are a woman," concludes Kline, who also serves as the player of a good portion of the instruments heard on "Somebody Like That." "If I were a male, chances are I wouldn't be getting this same attention."

And yes, Kline is looking forward to working with more all-female teams as she moves forward in her career

"We have shared experiences, simply because we are all females, that just wouldn't sound the same sonically if it was a 50-year-old man trying to produce an 18-year-old female," Kline concludes. "We have more in common with one another. I just always strive to be better than yesterday."