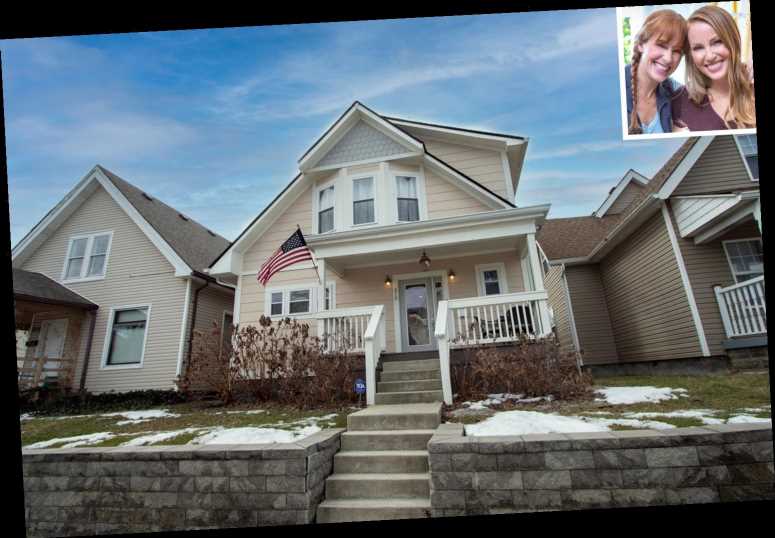 A single-family home in downtown Indianapolis has hit the market four years after being renovated by Karen E. Laine and Mina Starsiak Hawk, stars of the HGTV series Good Bones.

The 2,404-square-foot residence, originally built in 1905 and located in the city's Bates-Hendricks neighborhood, is for sale for $305,000, listed by Joel Aguilar of Gold Torch Realty.

The home boasts three bedrooms, two and a half baths, an updated kitchen and a spacious backyard that is perfect for a small family, all done up in the HGTV stars signature style.

But four years ago, the story behind this home was a very different one. After completing the overhaul, the mother-daughter duo's company, Two Chicks and a Hammer, sold the home for $265,537 in April 2017. Now, the property offers a variety of upscale features and new additions.

A built-in bench was added to the main floor, where the once-dated living room, family room, and kitchen have all been opened up. The kitchen features marble counters and a sizable island.

Upstairs, the Good Bones team expanded the floorplan to make room for three bedrooms and two bathrooms, both with double vanities. Laine and Starsiak Hawk also created French doors that lead out to the reimagined backyard with a large deck. In the font of the home, a porch, brand-new retaining wall, stairs, and fresh landscaping were also added.

Laine and Starsiak Hawk renovate homes throughout Indianapolis on Good Bones, which has aired five season since its debut in 2016. Season 6 is set to premiere on HGTV this summer.