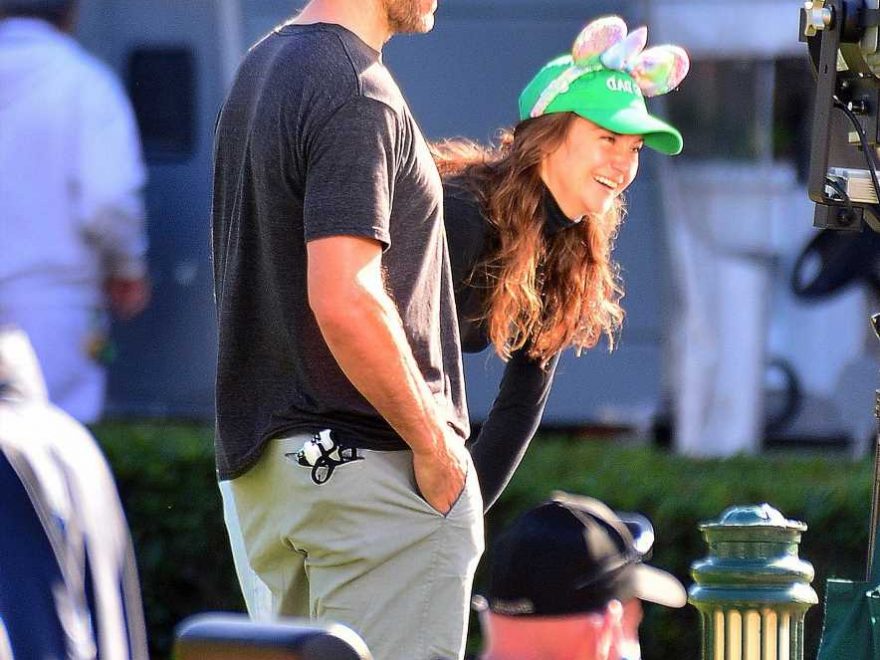 Shailene Woodley and fiancé Aaron Rodgers were feeling the love in the happiest place on earth.

The couple has recently been vacationing at Walt Disney World, where Rodgers, 37, admitted he loves "cuddle time" with his wife-to-be, 29. The topic came up during a quick interview for the web series Walt Disney World Minute.

When asked how she likes to unwind after a long day, the Big Little Lies actress responded, "Personally, I like a bath, maybe a good glass of wine."

Rodgers had the perfect answer. "I was gonna say cuddle time," he said. "But since she went with her own thing, I'm gonna say Jeopardy! and a glass of scotch."

The athlete has been serving as a two-week guest host on the long-running game show, as part of a star-studded lineup being considered for the full-time gig, following beloved host Alex Trebek's death in November. "I would love to be the host of Jeopardy!," he recently said on The Pat McAfee Show. The lovebirds visited all four theme parks during their stay, as well as Disney Springs, where they enjoyed some shopping at Chapel Hats and Star Wars Galactic Outpost. They're big fans of "the Force" and also took in Star Wars: Galaxy's Edge.

"We're in the resistance, we're total alliance," Rodgers said when asked about his lightsaber color of choice. They both picked blue, but Woodley amended her selection: "I'd like to request a pink one though," she added. "Just because I love pink."

Also on the itinerary for the pair was a list of notable smooching spots: "kiss in front of the Magic Kingdom, kiss at Pandora," said Rodgers.

They shared another sweet moment, when they were asked the "one thing that always makes you smile," and they instinctively pointed at each other.

The quarantine couple also gave a glimpse into their personal life, as Woodley said Rodgers is "really good at" making the bed in the morning. "I'm really proud of your diligence when brushing your teeth," he said in response. "You can go for minutes on end at times."

They were due for a Disney fix, as the Green Bay Packers quarterback revealed that he hadn't been to the theme park since February 2011, when there was a parade in his honor, after he was named MVP at Super Bowl XLV. Woodley and Rodgers quietly got engaged earlier this year, PEOPLE confirmed in February. A source said at the time, "It's not surprising he proposed so fast. When you know, you know, right?" The news came just days after their whirlwind romance was revealed.