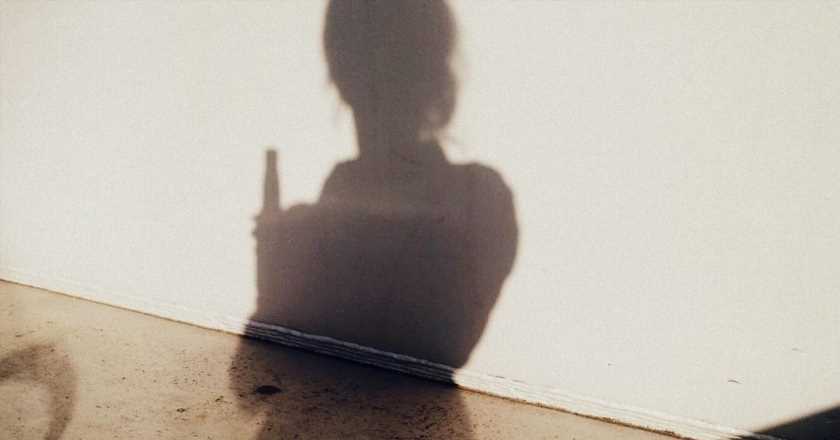 Over 50% of women in the UK have experienced sexual harassment at work, but the damaging narrative that they’ll “never work again” if they say something keeps many from reporting it.

Over three years after Rose McGowan first tweeted about the film producer who raped her, Harvey Weinstein was sentenced to 23 years in prison for rape and sexual assault in March 2020. At the time of his conviction, a multitude of women had come forward with allegations against him, empowered by what became known as the #MeToo movement started by activist Tarana Burke a decade earlier.

McGowan was 23 when she was attacked by Weinstein, and having just appeared in the teen slasher Scream, she was on the trajectory to success. Yet, after raising complaints about Weinstein, she believes she was blacklisted from Hollywood, along with others who dared to challenge powerful men.

“I actually thought it would be the end of my career for good and I’d never work again,” McGowan commented in an interview last year. “We all got stolen,” she said. “And we were all very good at our jobs. That’s the other crime in all this.”

The Equality Act 2010 defines harassment as ‘unwanted conduct related to a relevant protected characteristic, which has the purpose or effect of violating an individual’s dignity or creating an intimidating, hostile, degrading, humiliating or offensive environment for that individual.’

Unfortunately, we know McGowan’s story isn’t a one-off. In the UK, over 50% of women have experienced sexual harassment at work, with a surge in online harassment since working from home last March.

While the details change, McGowan articulated a fear so many women feel, in that by speaking out about the harassment their career will be negatively impacted or destroyed altogether. And, in so many cases, it is.

Rose McGowan’s tweets about her sexual assault by Harvey Weinstein contributed to the #MeToo movement.

Take Freya, who at the age of 23 was an aspiring actress looking to make ends meet with a casual job at a London call centre. She tells Stylist the problems started with two senior male colleagues when she was promoted to managing a small team.

“It was a boys’ club and they ruled the calling floor,” Freya recalls, “I started being picked up on my emails being rude, when they were just clear and direct, or I was shouted down in meetings for terrible ideas, only for my colleague to suggest them a couple of weeks later.”

As a result, she started questioning herself and adapting her behaviour. It reached a head when Freya stayed late to fix a problem caused by one of these colleagues. “He wanted to discuss the problem there and then, but I wanted time to cool down, speak to my boss and get support,” she says.

Yet the next morning, Freya was called into her boss’ office, someone she had previously confided in about her concerns with her co-workers, only to be given an ultimatum to take a demotion or leave. “My side of the story was never asked for, my previous concerns not taken into account,” Freya says, “I’d become a little more broken every day. It wasn’t a battle I was going to win.” So she left.

Harassment often stems from a cruel abuse of power which compels women to be silent – 25% of young women would feel reluctant to report harassment at work for fear of losing their jobs – but it’s not just women early on in their careers who feel this.

“To speak out is risky, both emotionally and professionally,” says Catherine Mayer, co-founder of The Women’s Equality Party, who speaks from experience. One of Britain’s most prominent journalists, Mayer had a career spanning over three decades, in which she rose to become Europe editor of one of the biggest publications in the world, the US magazine TIME.

But in 2013, she discovered her duties had been assigned to a younger male colleague without warning. “I found out about the new organisational structure in an email sent to all staff,” she recalls.

TIME later told her she was being “promoted” to editor at large, but “from that point, everything deteriorated. My approach, commitment and abilities were questioned.” The younger male colleague was given her old job and it came as no big surprise to Mayer when she was notified in late 2014 that she was to be made redundant, something she decided to challenge.

The US Equal Employment Opportunities Commission issued the right to sue and in 2017 she lodged a complaint with the US federal court for sex and age discrimination. However, for Mayer to fight back and seek justice for herself came at both personal and professional risk. “I was worried I’d never work again,” she says, “I correctly anticipated I’d be called a liar and deemed difficult to work with.”

Mayer eventually reached an amicable resolution with TIME but acknowledges she was in a privileged position to do so. “I had the means to risk some legal costs and I’d already had a long career,” she says, “yet at times, it was so incredibly lonely and always vulnerable.”

As well as the fear of reprisal from employers by speaking up, many who suffer harassment feel a sense of guilt; questioning whether it was due to something they said or how they behaved.

“Particularly as women, we’re taught to make people feel good at work, to soothe, to boost,” Mayer says. “When we challenge this behaviour, our sense of self is questioned too.”

In many ways, it’s been ingrained in us; to doubt ourselves and question our behaviours. However, employment lawyer Kevin Poulter advises that the law is there to protect victims of harassment, and support them in coming forward by removing this sense of guilt.

“It’s not just about what people intend by what they say or how they act, it’s about the impact it has on the individual it was directed at,” he says. “This gives power back to the victim, and hopefully some comfort in knowing that it’s about how it’s perceived to the targeted individual.”

Of course, all women should be able to succeed at work without fear of harassment and future job loss, yet with 72% of women who have experienced sexual harassment at work not feeling supported enough by their employer, it’s vital employers do more.

This all feeds into a wider narrative that women, especially those from marginalised groups, are replaceable – and with that too, our talent, skills and credibility.

We see this played out in a hundred different ways; from how women are paid 81p for every pound a man earns, to how only 5% of CEOs are women, or how disproportionately ethnic minority workers, especially women, have fallen into unemployment since the start of the pandemic.

However, with 15% of women who have experienced harassment reporting an increase in online harassment since they started working from home last March, change needs to happen and fast.

Poulter advises, “The onus is on employers in a way it hasn’t been before, to firstly create a work environment where everyone knows that harassment will not be tolerated. And, if it does happen, creating clear lines of communication so people know how to seek support in an empathetic and confidential environment.

“It’s no longer about making the victim feel like they are on trial, or one-off harassment training as a box-ticking exercise.

“Companies are responsible for regular training, policies should remain active and any cases of harassment should be taken very seriously,” he adds. “If not, there will be consequences.”

With the rise of #MeToo, and more recently stories like The Guardian’s in-depth exposé on British actor/producer Noel Clarke (who is accused ofgroping, harassment and bullying by 20 women and denies the allegations against him) we’re seeing power in the collective, fuelling change on a larger scale.

Initiatives such as producer Meriel Beale’s open letter calling for an end to film and TV’s sexual harassment culture, which has attracted 1,000 signatures, or the launch of Emma Watson and Time’s Up UK free legal advice phone line for women experiencing harassment at work, are creating a culture not only of supporting people who speak up, but encouraging colleagues to speak up on behalf of others suffering from harassment.

Perhaps the power is finally shifting and, as Kevin adds: “People are realising that nobody is untouchable and there are no free passes when it comes to harassment in front of the law.” Yet ultimately, we need to remove the shame, fear and cultural norms, which allow harassment to go unreported, and have actionable zero tolerance policies to ensure perpetrators are held accountable.

It’s only then will power be dismantled once and for all, with future victims safe in the knowledge that should they speak up, they will work again.

Initiatives such as Stonewall’s #NoBystanders campaign, where 20,000 people have committed to not standing by to hateful language and abuse aimed at the LGBTQ+ community, are fuelling an environment in which we know what isn’t acceptable and are willing to stand up for it.