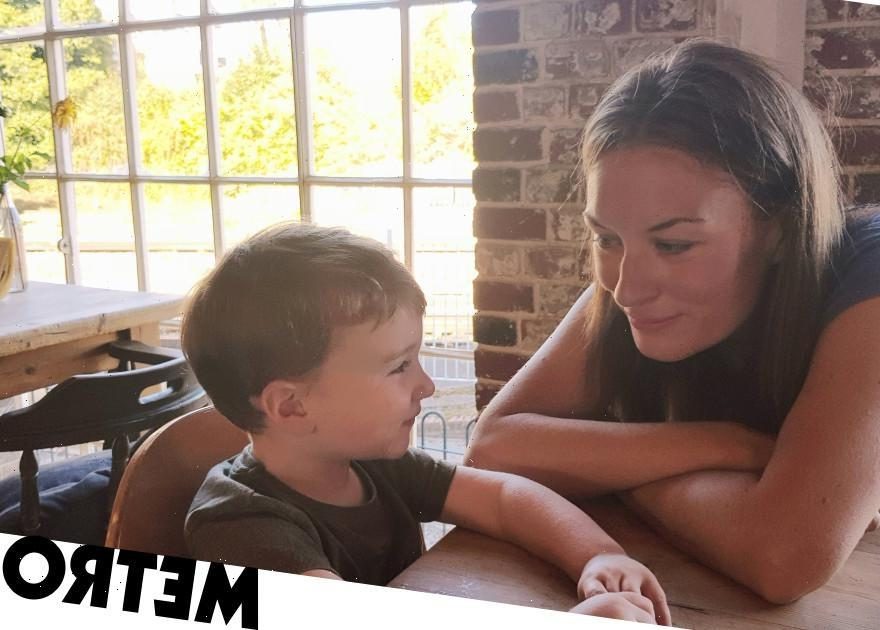 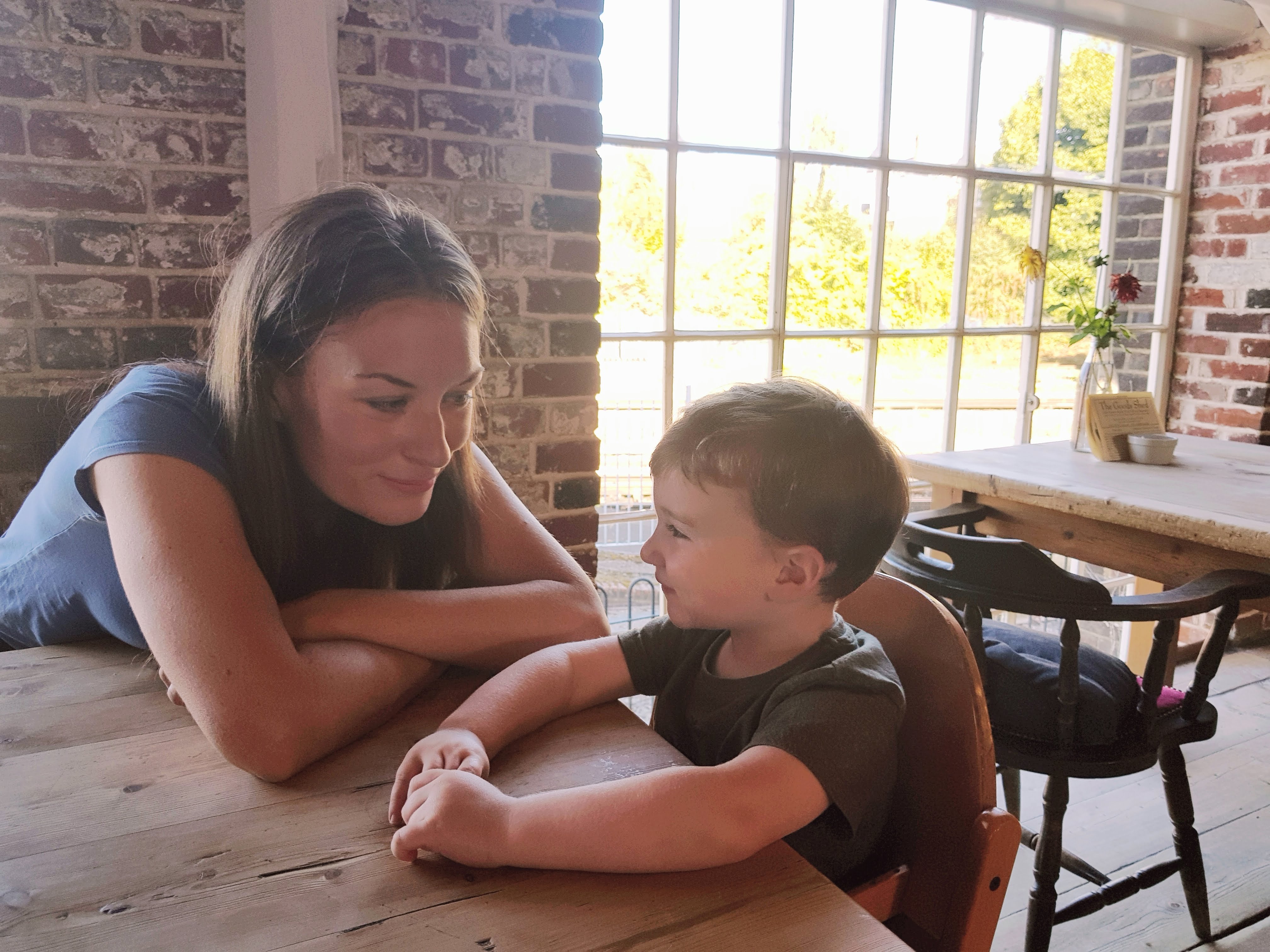 Presumably, WHO will be along soon to tell women of child-bearing age to sleep standing up.

Rarely does any of the advice tell you what you really need to know: once you’ve given birth, nailed the routine, and bonded with your baby, you then need to birth something else – a new type of career.

When I was preparing to return from maternity leave in 2018, I was thrilled to secure a new job as a content writer. I had already researched my childcare options in anticipation of my return.

One nursery had a 12-month waiting list. Another was six months. Demand was so high that parents were choosing nurseries before they were choosing baby names. Eventually, I found somewhere that was just a three-month wait.

It would cost £62 for a full day of care, typical for a child under two in the South-East. That would work out at over £1,200 every month. My mortgage was £900 each month. I was stunned and, frankly, slightly embarrassed that I had been so naïve about the cost of having a child.

I couldn’t quite make sense of it. How was it costing this much just to go to work? Why was childcare a third more expensive than owning a home?

I had just retrained for a new career when I unexpectedly became pregnant, so was still relatively new to my industry and earning an entry-level salary of £25,000 per year, taking home just over £1,700 per month after tax. Changing career is a daunting prospect at the best of times, even more so when you’re interviewing for your first job with a bump.

I convinced myself that finding a job with a baby on the way would be the hard part. In fact, keeping a job once the baby was here was just as difficult. As a two-income household, we could handle the financial hit that had come with my career change when we were childless, but we couldn’t quite absorb the unexpected cost of childcare on top of that.

We had the conversation that many families have, the one where the cost of childcare is offset against the mother’s salary – a narrative that, in itself, is problematic. We wondered whether we could at least break even.

With my son now 12-months old and his cuteness levels rocketing daily, my mother-in-law was only too keen to help with childcare. She offered to look after him two days a week, reducing our nursery bill. The commute from Kent to London was expensive, but if I freelanced on the side, we could make it all work.

And I did make it work for the first six months, until a lunchtime phone call from my mother-in-law changed all of that.

Health problems meant that she could no longer look after my son. Of course, I understood that her health was a priority – besides, it’s not down to grandparents who have raised their own children to fill the gaps in our childcare sector. But, the more she spoke, the more I panicked. I could feel myself tuning out as my brain began computing the different permutations of childcare required, attempting somehow to solve – in one lunch break – what successive governments had failed to solve in 20 years.

Without the help of my mother-in-law, I was forced to ask the nursery if my son could attend full-time. He could – in three months, when there was space. But then came the next question: how would I afford it? I had already turned myself inside-out to make this work. I was up at 5am every day with my son, writing freelance pieces on the train to work for extra money, racing for the early train home so I could do the occasional pick-up and contorting myself into an exhausted human pretzel simply to afford part-time childcare.

I was tired from spinning plates and drained from the adrenalin of knowing that at any moment it could all fall apart. So when it did, I gave in.

My husband and I did the sums. We did them again, and again, until we decided that we simply could not afford the £1200 bill for full-time childcare. I decided to resign from my job to look after my son full-time. My husband tried to convince me otherwise but I couldn’t see another way.

On the day I resigned, I was sitting in a glass-walled room, the only one in an open-plan office. I purposely sat with my back to the glass so no one outside could see me cry, something I had already done plenty of since making my decision a week before. I remember feeling grateful that the air con was operating on Arctic temperatures. It might make my tears dry quicker, I thought.

Devastated to leave a job I loved and a career I had worked hard to retrain for, I met with my editors to explain my situation. They simply replied: ‘Tell us what needs to happen so that you can stay.’

What? I felt like someone had thrown me a lifebuoy. I had been swimming against the tide until now, trying my hardest to make progress professionally and financially, now the waters had just become smoother.

My husband and I did the sums. We did them again, and again, until we decided that we simply could not afford the £1200 bill for full-time childcare

I reduced my hours temporarily until my son could go to nursery full-time. Then, when he started five days a week, I worked from home three days to save on train fares, starting later on the other two days so I could do the nursery run. Making this adjustment to my working hours also meant I had money left over at the end of the month.

I was fortunate enough to keep my job in the end, but many women aren’t.

Too often, mums’ careers are underpinned by the support networks around us, and survive on the whim of an employer that might be flexible.

The TUC estimates that one in three flexible working requests are rejected by employers, while research by Pregnant Then Screwed found that 17% of parents had left their jobs due to the cost of childcare. And that was all before the pandemic led to one in four nurseries facing closure, risking the availability of childcare places and lengthening those shockingly long waiting lists that I had faced.

One day, months after my near-miss resignation, I collected my son from childcare and his nursery worker told me she had resigned. She couldn’t afford to work there. Then, at 20 years old she was earning the minimum wage of just £5.90 per hour to care for and educate my son.

The government’s free 15 and 30-hour childcare entitlements undoubtedly help families, but the rate at which they are funded has hardly increased at all since 2017. So providers keep wages low and pass on costs to families with children that are not yet eligible for the ‘free hours’. That young nursery worker and I had different jobs and lives, but the same problem – a broken childcare system.

Just like roads, transport networks and telecommunications, childcare is vital infrastructure that enables all of us, particularly mothers, to participate in the economy. Many of us couldn’t go to work without public transport, nor work from home without wifi, but somehow we’re expected to do just that without affordable childcare. Working mums are constantly told to ‘lean in’ to an economy that actively pushes us out.

Now I work on a freelance basis so that I have the flexibility I need for childcare without breaking the bank. I am not alone. The number of freelance working mothers has increased by 79% since 2008.

Parents, especially mums, are doing whatever they can to solve a problem they didn’t create. They’re working flexibly, calling in favours from family, even working below their qualification level just to find jobs that fit alongside their caring responsibilities.

But it doesn’t work, so neither can we.

What’s needed now is an independent review of how childcare in the UK is funded and delivered. The prime minister is at pains to tell us that he is now focused on job creation. But who is going to do those jobs?

Without affordable childcare, it won’t be mothers.