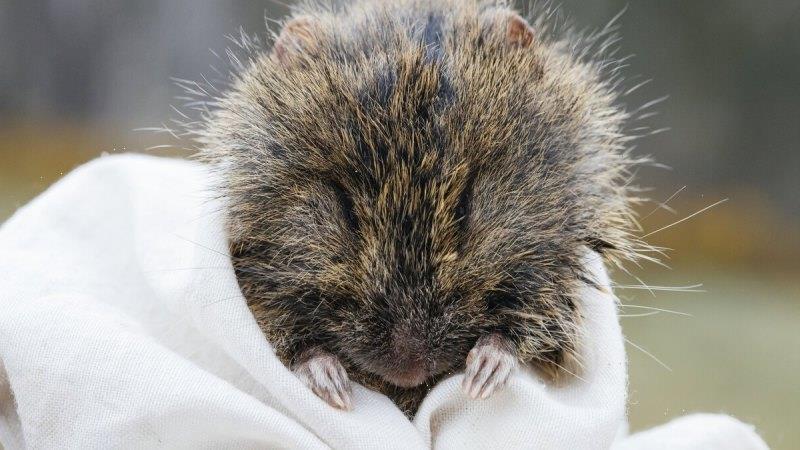 Look, a rat! No wait, please, don’t run off screaming – it’s not that type of rat.

This is the native, broad-toothed rat. Yes, an unfortunate name in a culture that loathes rodents, but this rat is a thing of beauty – a sphere of soft fluff when sitting still and a long, lean shape-shifter when it runs along the tiny tunnels it gnaws out of dense tussock grass.

For the first time in 32 years, the broad-toothed rat, which is listed as vulnerable to extinction, has been found at Wilsons Promontory National Park.

A herbivore historically common throughout south-eastern Australia, the native rat’s population has declined because it is preyed upon by introduced cats and foxes, and its habitat has been destroyed by farming, bushfires and climate change.

Now, it’s back at the Prom. And we need to learn to love it and all our native rodents, says chief conservation scientist at Parks Victoria, Dr Mark Norman.

“I want to sing the praises of the broad-toothed rat because the word ‘rat’ turns people off,” he says. “If it was more appropriately named, it would be called the Australian lemming. It’s a little chubby plant eater, with wide back teeth for chewing grass. Every Australian should love them.” 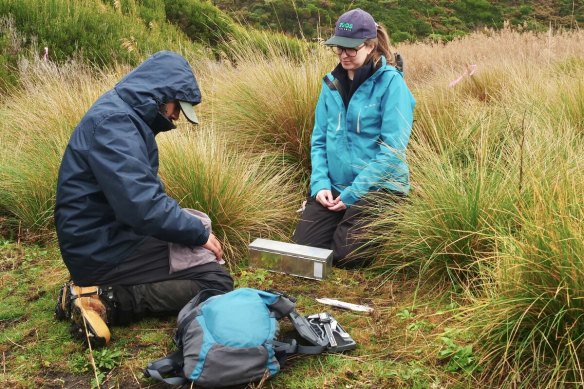 The Victorian government announced last year that Wilsons Prom would be transformed into a climate refuge and predator-free sanctuary for endangered wildlife. Eventually, a 10-kilometre predator-proof fence will be built across the Yanakie Isthmus. And this broad-toothed rat sighting could be a sign the reduction of invasive species at the Prom is paying off.

Iridescent green piles of rat droppings are the first sign of broad-toothed rats, (because it only eats grass and sedges) and that’s what Phoebe Burns, a native rodent biologist at Zoos Victoria, found when she surveyed for the rats in the isthmus region.

Burns put out aluminium box traps and caught one broad-toothed rat, which she weighed and measured and then put back in its grassy tunnel. The droppings were signs of more.

“It’s the best news. The Prom is one of the places that we’d written off over the years and to find them hanging on there is really great.”

Reduction of deer numbers has already prompted a massive increase in tussocky grasses, she says. 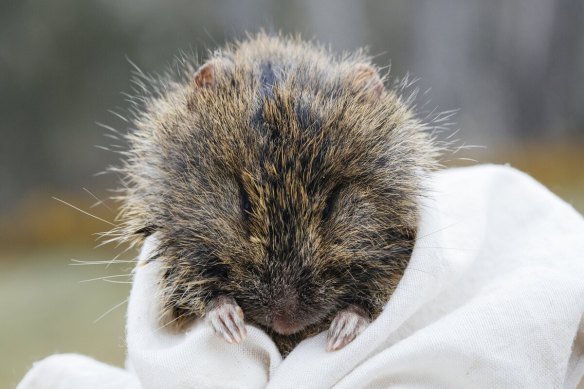 The broad-toothed rat is a herbivore that does pyramid piles of iridescent green droppings, which are used to detect their presence.Credit:Zoos Victoria

Broad-toothed rats live across a number of different habitats, from coastal sites in the Otways up to the NSW alps, where their tunnels through native grasses keep them warm in the snow.

In Australia, there are about 70 native rat species, including some that are yet to be named by scientists. There have been 15 species extinctions since colonisation.

Parks Victoria staff have increased pest and weed control five-fold at the Prom, and hope to rediscover or reintroduce other animals that haven’t been spotted for a long time, such as the eastern pygmy possum and the white-footed dunnart.

There have been some recent sightings of very rare ground parrots, while the red-necked pademelon – which has not been seen at the Prom for 100 years – could be reintroduced.

“This will be our opera house – a climate refuge sailing above the cool waters of Bass Strait.”

Rangers plan to use new technology, like remote trail cameras and acoustic recordings, to ascertain which species might be present, as well as testing for environmental DNA in streams to find out what has been swimming (or pooing) in the water.

The 10-kilometre boundary fence that will cordon off the Prom from the mainland is currently being designed and will be built over the next two years. It needs to take account of a First Nations cultural legacy that is tens of thousands of years old, as well as old and pristine banksia tree ecosystems, Norman says.

“It’s going well. It’s a huge legacy conservation initiative,” he says. “We didn’t build the Sydney Opera House overnight, but this will be our opera house – a climate refuge sailing above the cool waters of Bass Strait.”

Environment Minister Lily D’Ambrosio said the discovery of the broad-toothed rat was a testament to the state’s record investment in biodiversity.

Get to the heart of what’s happening with climate change and the environment. Our fortnightly Environment newsletter brings you the news, the issues and the solutions. Sign up here.