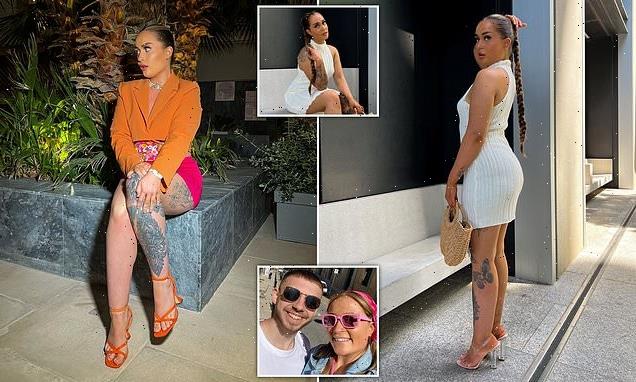 A woman says she’s not planning to have kids because she’s ‘selfish’ – plus they’re messy, expensive and she hates their TV shows.

Lorella Palmer, 22, from Erith, south-east London, has been with her boyfriend, Callum Page, 23, for four-and-a-half years and says she is worried about the state of the world.

She says she also wants to focus on growing her two businesses – which means she wouldn’t have the capacity to give the kids the attention they needed.

She added her boyfriend is supportive of her decision not to have children – and added that she is tired of mums who criticise her choice.

Her comments come after the latest census for England and Wales shows the number of under fives fell by 7.6 per cent between 2011 and 2021.

The figures have sparked debate with a demographer suggesting the government should introduce a ‘negative child benefit’ – taxing the childless.

Lorella Palmer, 22, from Erith, south-east London, said she doesn’t want children and that she should not be judged for being selfish 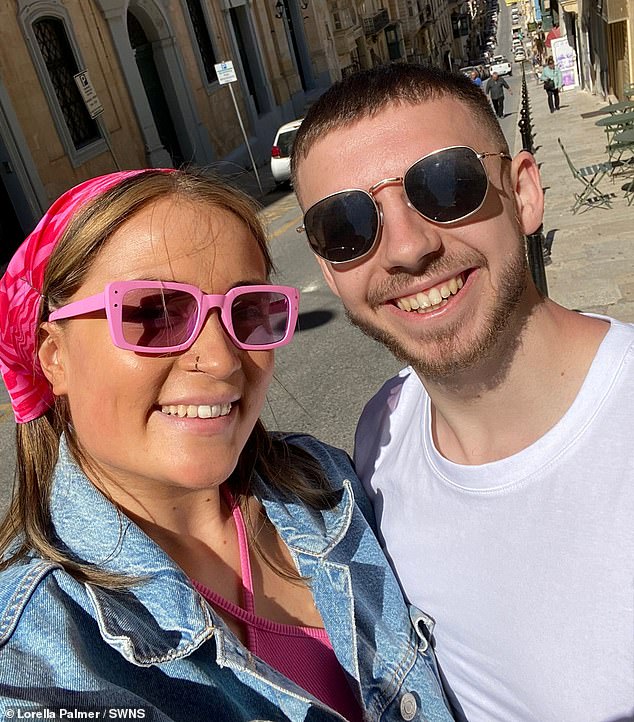 The 22-year-old said her boyfriend Callum Page, 23, right, is supportive of her choice. Lorella said she didn’t want her body to change

‘Why would I want to push something out and expand my stomach and everything else on me that’s just going to change?

‘My friends are supportive of my decision, but some have said to just give it time and I’ll change my mind. What if I don’t?

‘I’m my dad’s only daughter, and he has said that he wants to be a granddad and I’m the only chance he’s got to have that. 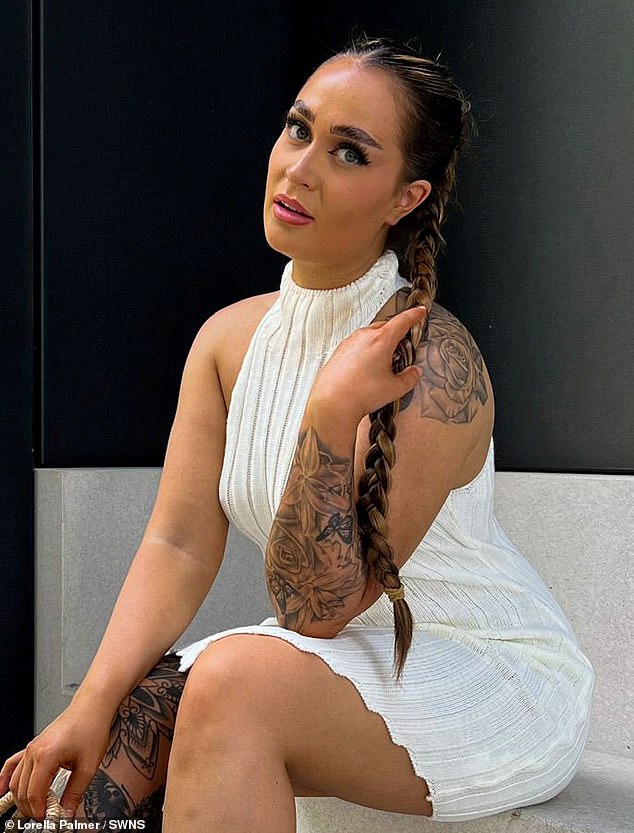 Lorella is adamant she doesn’t want a child, and even though some think she’ll change her mind, she said it shouldn’t be a problem if she doesn’t 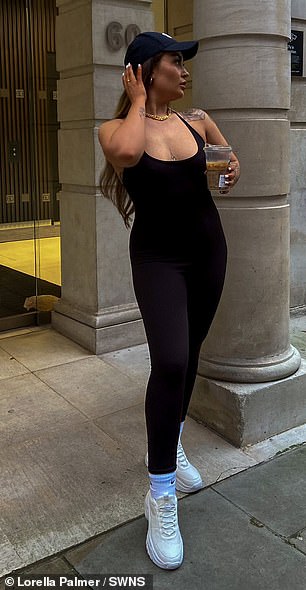 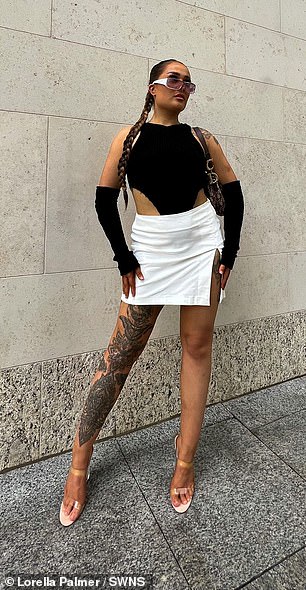 Lorella, who is her father’s only daughter, said some of her friends are supportive of her choice, but others have said she will eventually change her mind 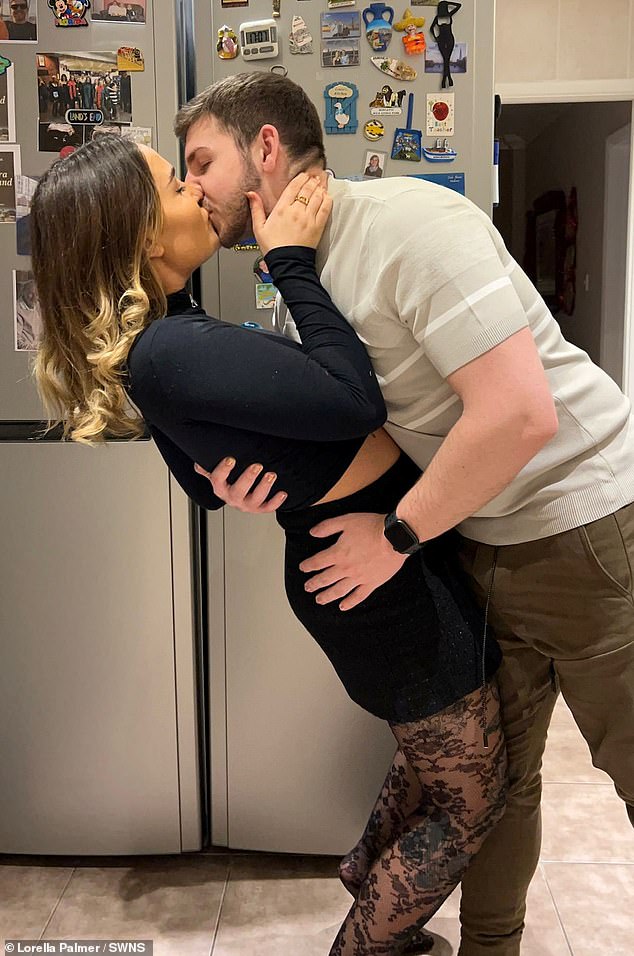 ‘Kids are just annoying, they annoy me, in every sense of the word. They have no common sense, they can’t drink, they have to go to bed early, they scream, they cry, they annoy me.

‘Having children would definitely be the lowest priority in my life. I don’t need children to feel fulfilled.’

Lorella’s top reason for not having children is that she considers herself ‘selfish’ in that she enjoys her own time, money and freedom that comes from not having kids.

She said: ‘I think that a lot of people aren’t happy to admit that they are selfish, and then they have kids and do nothing but complain.

‘When I say I’m selfish, I mean that I enjoy my own sleep, my own time and my own money, and kids take all of that away. 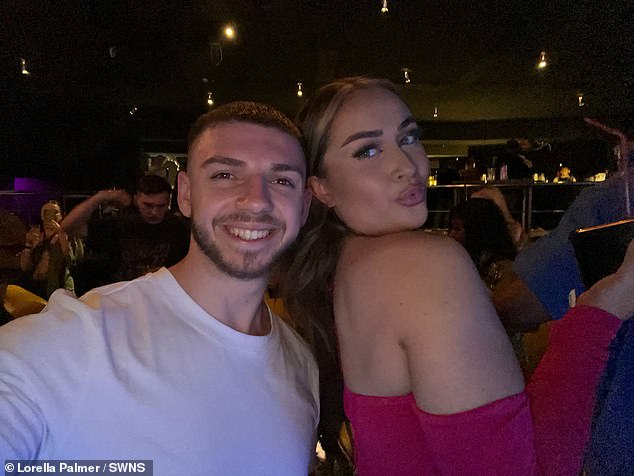 Callum, left, said he doesn’t want children either, because he’s only just graduated from university

‘Unless you’re willing to give that all away, because kids deserve everything if you decide to bring them onto the planet, you shouldn’t have them.

‘I’m not prepared to give all my sleep, time and energy away, or my money.’

Lorella graduated last year from the University of Portsmouth with a degree in law and is currently growing two of her own businesses as an agent for social media influencers.

Fresh out of university, Lorella has said that she’d prefer to spend her money on travelling and on herself than spending it on raising children.

She added: ‘Kids are expensive. I know what it’s like to grow up quite poor and I’d rather go on holiday than pay for a kid.’

Lorella’s boyfriend of four-and-a-half years, Callum, also graduated university recently and supports his girlfriend’s decision to not have children.

The entrepreneur said that people who have children do nothing but complain, and don’t want to admit they are also selfish

She said she isn’t ready to give all her free time, her sleep and energy and money away in order to have a child

He said: ‘I agree with Lorella about not wanting children right now. We are both very good at communicating what we both want at this point in our lives and we know we want to travel and do exciting things.

‘My whole entire life, I have been the youngest in my family and it wasn’t until one year ago I became an uncle. My brother had a little boy called Nathaniel and at this point in time, I am very happy just being an uncle.

‘I still feel like a little kid myself, only just graduated university one year ago too. I haven’t really experienced adult life properly, only student life.

‘The time for developing as adult has only just started and I get to do that with the most amazing girlfriend, Lorella.’

Some funny but relatable reasons that Lorella gives for not wanting children are that she hates how messy children can be and can’t stand watching kids’ television shows.

‘They’re just living their best life, they’re being kids, but I just want to be wearing a cream dress and not worry! I don’t like that mess, stay away from me.

‘I hate kids’ TV too. Your kid is one, they don’t need to watch cartoons – pop on Vampire Diaries please, or Gossip Girl, or Friends.

‘We don’t need to watch kids’ TV, it’s boring. I just want to sit downstairs and chat with people without Cartoon Network on in the background the entire time.’

Serious reasons that have impacted Lorella’s decision come from her concerns about the state of the world and the minefield that is educating children on mental health.

She said: ‘The world is a really, really bad place – bullying, war, poverty, men with podcasts, a pandemic, the list goes on.

‘You can’t control that. You can be the best parent ever and your child can seriously still grow up with some bad issues and bad things going on around them.

‘Tell me how you’re meant to educate your child on what mental health is without giving them ideas about bad things that are out there but without making them naive. You can’t.

Lorella has also acknowledged that she feels there is a societal pressure for mums to take on the main care-giving role when it comes to having children.

Being raised by her single father when her mum left the family as a child, she has seen first-hand that dads can raise kids just as well as mums but doesn’t feel that society views them as having equal duty to do so.

She said: ‘Dads are rewarded for looking after their kids but mums are just expected to do it.

‘If I wanted to go out with my girls for a night out, and my baby daddy had to look after our child, other people will be like “Aww, isn’t it lovely that he’s so hands on?”

‘But if he wanted to go out and I looked after the kid, nobody would say the same about me. Mums are just expected to do everything, and if the dad does his normal dad duties, he’s applauded.

‘My dad was a single dad and did an incredible job of raising me. My mum moved to Australia when I was 12 years old, so I didn’t grow up with that mother figure. How would I know what to do if I became a mum?

‘If by some miracle I did have children and actually liked my child, I’d want it to be very equal with my partner in looking after our child, whereas today I feel like dads are always viewed as helping out when they actually look after their kid.’

Lorella has acknowledged that as she is only 22-years-old, her stance on not having children could change when she is older, but has slammed others for trying to change the minds of women who say they don’t want kids.

She said: ‘When I was a teenager, I’d play planning my perfect life at sleepovers and I thought 22 was so grown up and that by then, I’d have got married, got four kids and drive a Range Rover.

‘Now I am 22 and I realise it’s so not grown up. My boyfriend just graduated too and we’re both just fumbling through life, trying to figure it out, so I cannot imagine having kids.

‘There is the pressure of time, like at what point can’t I change my mind and still have children before my body decides I’ve run out of time?

‘I just graduated last year, I’m one year out of university and two years into my career, I just started living. A lot of my reasons are based around why I don’t want them right now, but I may never change my mind, and that should just be accepted.

‘Having children would definitely be the lowest priority in my life. If I did change my mind on having kids, it definitely wouldn’t be until I’m in my thirties.’