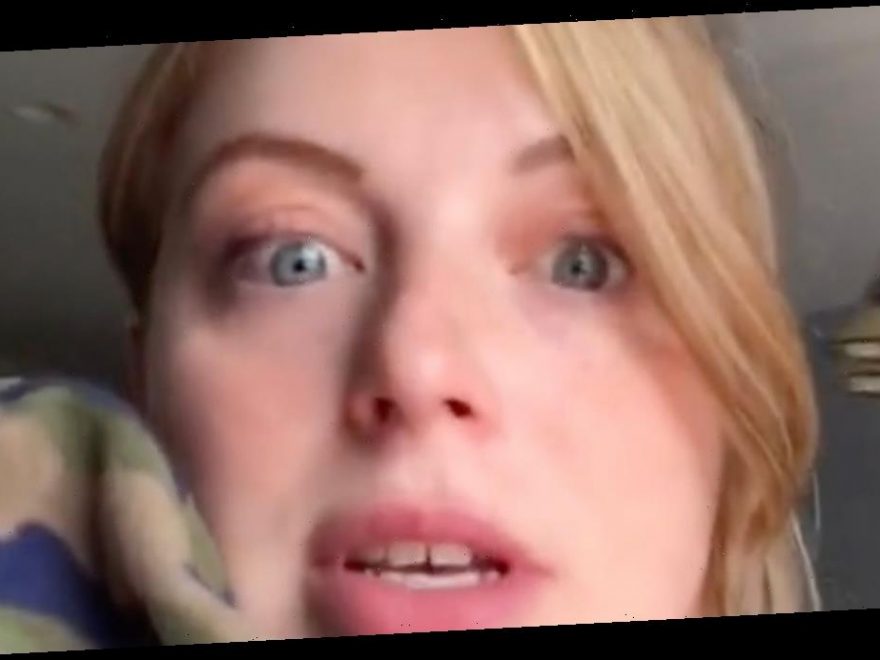 A woman found out to her astonishment that she has two vaginas and two uteruses while giving birth to her son.

Brittany Jacobs, 26, from US, said she has always had "two periods in a month" and admitted having sex was "really painful" for her.

In a viral video with 2.7 million views, the mum said: "I've always considered myself to have a really high pain tolerance but my periods were so bad I would cry, I always bled out of my tampons."

She also realised that she was carrying her first child "only on one side" of her uterus, adding: "Sex was really painful. I got two periods every month on a normal cycle."

Then Brittany said she had done a smear test and explained what happened when she was in labour with her first child.

"30 hours into labour and a nurse looks down and she says, ‘Oh honey, you have two vaginas, two cervixes and two uteruses," she recalled.

And sex was apparently also painful for her husband.

She detailed: "I always thought it was a hymen and I guess that’s what my husband assumed it was too.

"And when we discovered he was deployed and he was on Skype and he was like, ‘Oh that makes a lot of sense, sex with you is really painful for me too.'"

Her video has unsurprisingly stunned the internet, with viewers flooding her post with comments.

Some viewers asked why her mum did not notice it when she was a child and Brittany said the separation in the vaginal wall was "like the septum in your nose" – not at the opening.

One wondered: "How did they not notice during ultrasounds?"

Another wrote: "You know what I had the same problems too. My friends wouldn't believe me about me having two different periods in the same month."

"I ran to Google," a third added. "I have so many questions."

The rare condition that she has is known as uterus didelphys – which the two small tubes that normally join together as a uterus stay separate, leaving her with two cervixes.