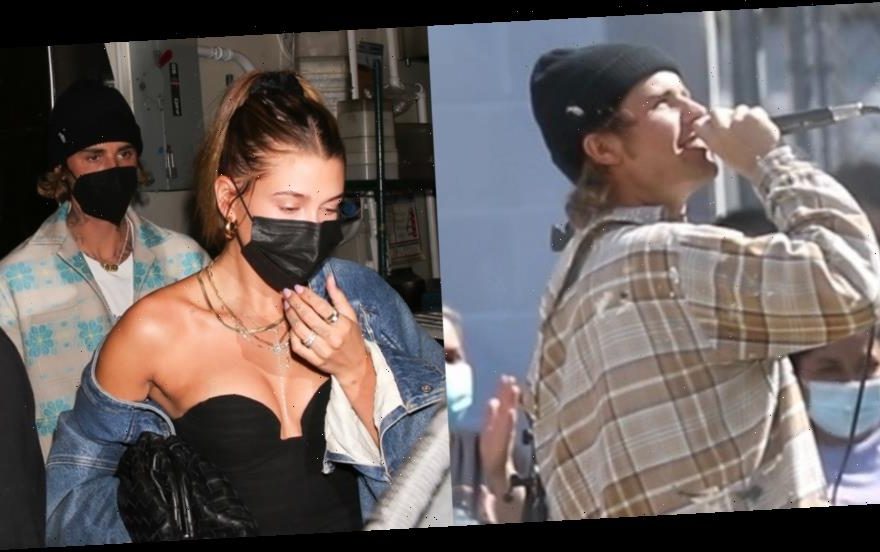 Justin Bieber had a late night out on Thursday after giving some lucky students an unforgettable day!

The 27-year-old singer was seen attending a star-studded party alongside his wife Hailey on Thursday night (April 8) at The Nice Guy in West Hollywood, Calif.

Earlier in the day, he was spotted performing at a private concert for staff and students at a downtown Los Angeles school. Hailey was seen hanging out backstage during the show.

Some of the other celebs who were spotted at the party included Kendall Jenner and her boyfriend Devin Booker, Kylie Jenner, Kylie‘s ex-boyfriend Tyga with his new girlfriend Camaryn Swanson, Drake, Chris Brown, Amber Rose with boyfriend AE, Megan Fox and Machine Gun Kelly, Pia Mia, and more.

90+ pictures inside of Justin Bieber performing at the school…