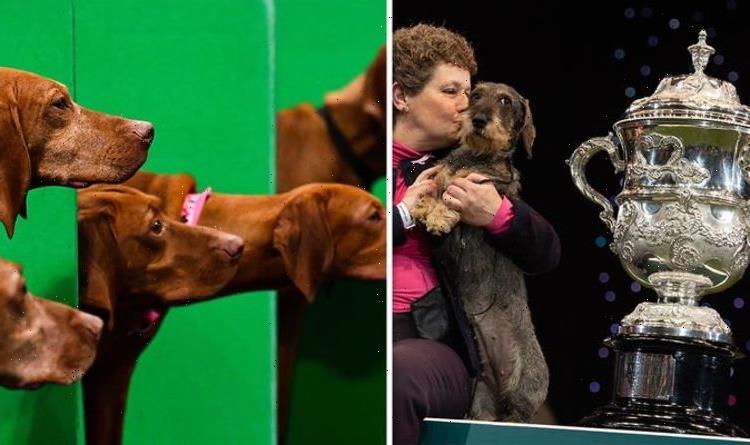 Every year swathes of dogs and their human companions descend on Birmingham’s NEC for Crufts. Dubbed “the world’s greatest dog show”, Crufts is renowned for its high standards of competition. Thousands watch the action from the stands every year, while many also tune in to watch the action live on TV.

Has Crufts been cancelled this year?

Crufts 2021 was originally scheduled to take place at the NEC Birmingham from July 15 to July 18.

However, The Kennel Club confirmed in March that Crufts 2021 will not be going ahead.

The cancellation of Crufts this year marks the first time the event has been cancelled in almost 70 years.

Why has Crufts been cancelled?

A statement from The Kennel Club on the Crufts website explained the decision to cancel the event was due to “ongoing uncertainty” due to coronavirus.

The event was cancelled “in consideration for the health and safety of all its volunteers, judges, exhibitors, sponsors, trade stand holders, visitors and staff”, the statement added.

According to The Kennel Club, a survey found 63 percent of people did not feel comfortable or were unsure about attending an indoor event in the near future.

Tom Mather, Crufts Chairman, said: “We are very disappointed that we have had to cancel Crufts for the first time since 1954, in what would have been its 130th anniversary year, and it is a decision we have not taken lightly.

“We have tried desperately hard to make this year’s show happen, including the decision we took last November to postpone the event to July.

“However, of course, this was before we were hit by the devastating second wave of the pandemic.

“When this decision was taken, we were optimistic that the situation would be such that the show could be held.

“However we appreciated that there was a possibility that holding the show in the summer under certain restrictions could also, in some respects, do the show a disservice.

“We were disappointed that, even though we carried over the qualification from 2020, we would still be limited on our entry numbers and wouldn’t be able to welcome as many dogs back as we would have liked.

“It would also be regrettable that there was a strong possibility that many of the popular events and features of the show, such as obedience, the Good Citizen Dog Scheme, Young Kennel Club ring and Discover Dogs, would not have been able to be included under the restrictions which could be imposed.

“Finally, in light of recent announcements and the emergence of a third wave of coronavirus in Europe, it was looking extremely unlikely that both our overseas judges and exhibitors would be able to attend.”

When will Crufts next take place?

Crufts 2021 has not been rescheduled to take place at a different time this year.

In a statement, the Kennel Club said they “look forward to welcoming everyone back” when Crufts takes place in 2022 “in its full glory”.