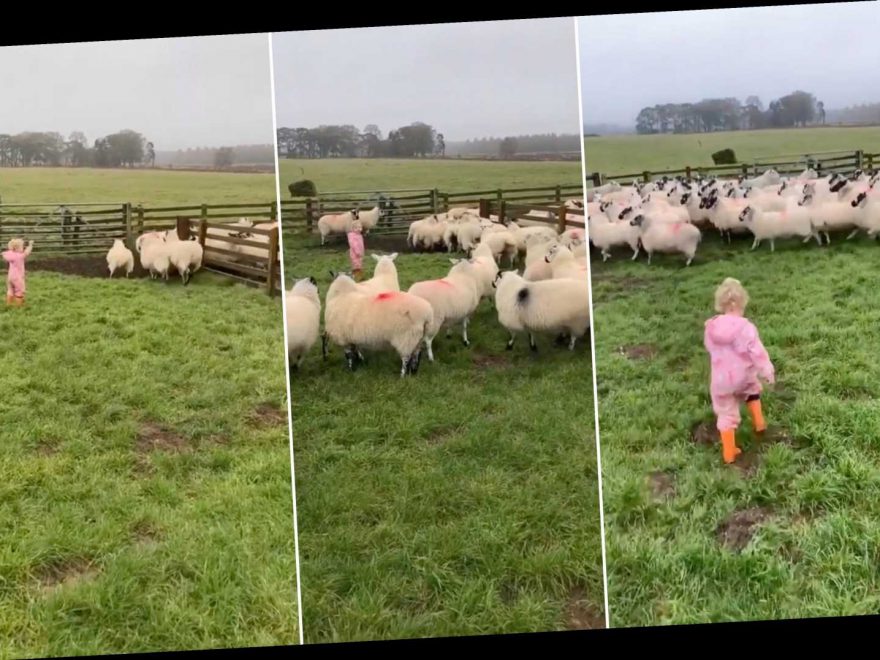 Couple vacations in Florida without daughter after flight drama over masks

She wasn’t sheepish about it.

A UK toddler may render border collies obsolete after she was seen skillfully shepherding sheep into a pen.

A TikTok clip of the fun-sized sheep herd has rustled up 142,000 viral views as of Tuesday morning.

“She absolutely loves animals and being outside,” Daniel Willard told Storyful of his 2-year-old daughter Isabelle’s newfound talent. The Norfolk native had reportedly been showing the tyke how to herd sheep on his farm, when the little flocker decided to take a stab at it on her own.

The ensuing two-minute clip depicts the undaunted tot bum-rushing a flock of the shaggy animals while screaming, causing them to scatter.

“Isabelle! Isabelle, that will do!” Willard hollers after her “Braveheart”-esque charge initially fails to herd them into the pen.

Ignoring her dad’s advice, the little “hooligan” continues to run at the bewildered critters.

Just when the situation seems hopeless, the sheep miraculously group up and shuffle single-file into the neighboring enclosure like a scene from “Babe.”

“She is putting them in the cage,” yells Isabelle’s flabbergasted father. “They’re definitely going. It’s working!”

He even looks down at his dog next to him and muses, “Me and Nell did nothing.”

“‘We have been very lucky with our way of life, especially over the last year!” the farmer told Storyful. “Definitely not an indoor child.”