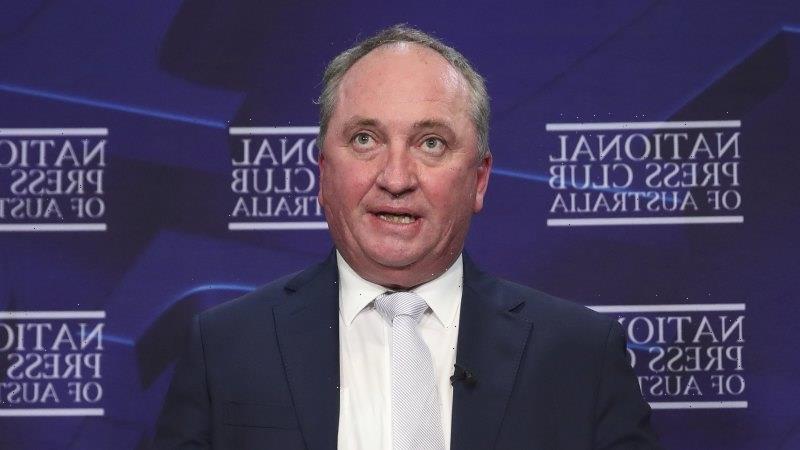 Barnaby Joyce has suggested a $5 billion extension of the Inland Rail into Queensland coal country in return for the Nationals backing a commitment on net zero greenhouse gas emissions by 2050.

The Deputy Prime Minister used an address to the National Press Club in Canberra on Friday to announce he had secured $10 million in funding for a business case for a 500-kilometre extension of the freight line from Toowoomba to Gladstone on the Central Queensland coast. 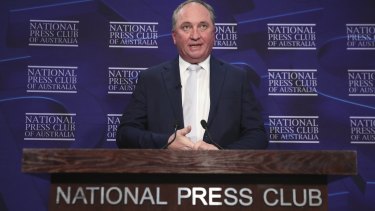 Mr Joyce told the Press Club he is prepared to cut a deal to support a net zero target “if people come up with something that is a logical efficiency of the economy – for instance … the Inland Rail”.

Prime Minister Scott Morrison has signalled his desire to commit to reaching net zero emissions by 2050, but Nationals MPs, including Mr Joyce, say rural communities have already suffered economic loss from Australia’s commitment to the Kyoto climate pact and they will make sure that doesn’t happen again.

“Regional Australia met those commitments. We paid for them by the divestment of our property rights,” Mr Joyce said.

When asked how likely a deal was on net zero, the Nationals Leader said: “In any deal, I don’t start by saying what I think it’s worth. I start by saying how much do you want it?”

“We’re making sure that what is suggested this time is something where urban Australia pays the price like regional Australia did,” he said.

Construction has begun on the 1700-kilometre Inland Rail line, which will run from Melbourne through central Victoria, inland NSW and into Toowoomba. However, the final route through Brisbane to the port is yet to be finalised or funded.

Mr Joyce said the Gladstone link would deliver construction jobs to rural communities and better connect coal projects to port, and agriculture to “another major export gateway”. The connection is estimated to blow the total cost out to $20 billion.

Announced by the Turnbull government in 2017 at a cost of $8.4 billion to taxpayers, the Morrison government’s commitment to the Inland Rail has already increased to $14.3 billion.

Nationals MP Ken O’Dowd represents the electorate of Flynn, which is based around Gladstone. He is retiring at the next federal election, due by May next year, and Labor is expected to offer strong competition in the upcoming poll.

Mr Morrison has said he wants to achieve net zero emissions “as soon as possible and preferably by 2050”. His tilt towards greater climate action has come in the lead up to an international climate conference in Glasgow, where Australia will face pressure from key allies to increase its climate action.

Australia has pledged to reduce its greenhouse gas contribution by at least 26 per cent by 2030, based on 2005 emissions, but has not set a deadline to hit net zero emissions. Most other developed nations have committed to roughly halve their emissions by 2030 and reach net zero by 2050 or earlier.

Energy and Emissions Reductions Minister Angus Taylor has committed to release a long-term emissions reduction plan ahead of the summit.