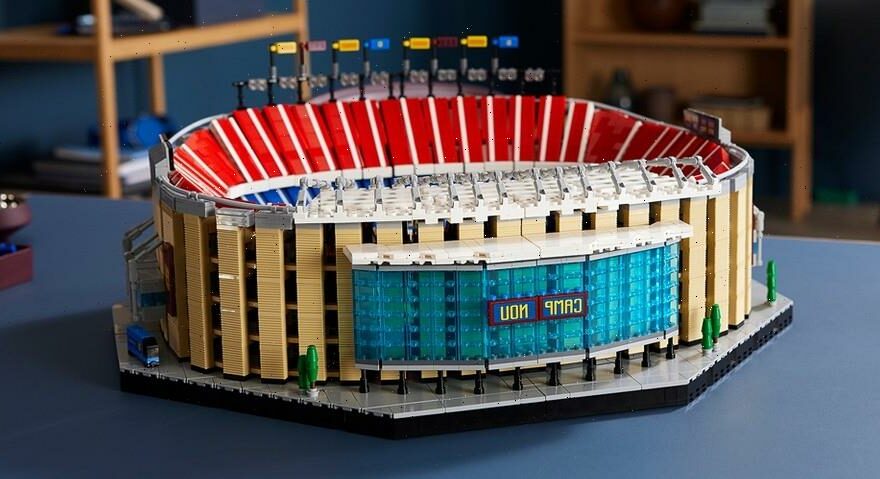 Capturing some of the magic that was seen from its Old Trafford release, LEGO is releasing a block version of FC Barcelona‘s Camp Nou football stadium.

The LEGO Camp Nou set features stands, pitch, the team tunnel, media boxes, and the team’s coach. Made with 5,509 pieces, the set also contains details like a scoreboard that reads 5-0 as a reference to the team’s victory over Real Madrid in 2010 along with the club’s “Mes que un Club” motto in the stands.

As part of the release, football fans have a chance to win the set by answering 10 questions correctly in LEGO’s FC Barcelona quiz. Priced at $349.99 USD, the LEGO Camp Nou FC Barcelona stadium set is available now.

In other design news, the DONDA house has been given a LEGO makeover.
Source: Read Full Article