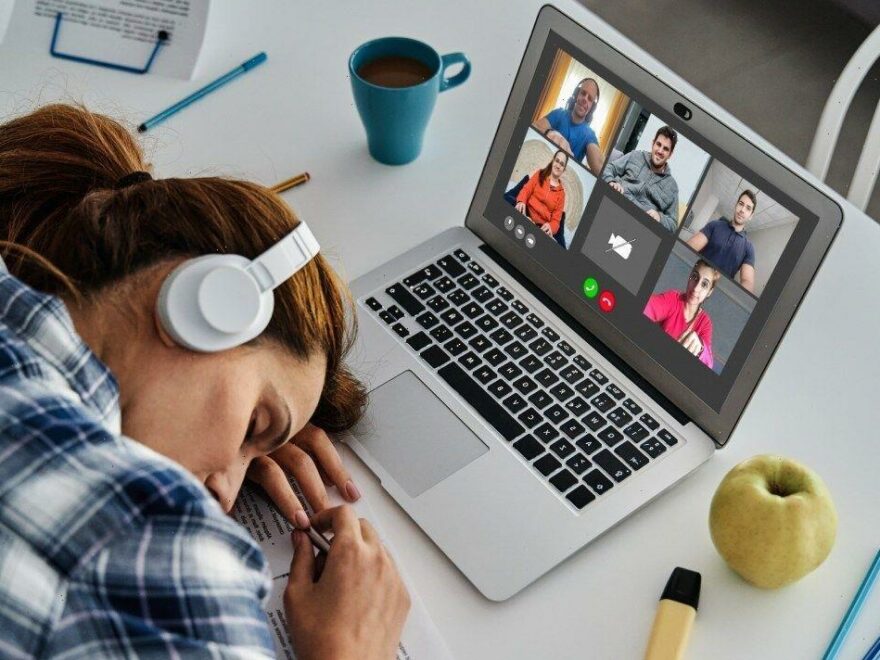 Wanting an early night, skipping dinner, and feeling like it’s been a long week – by Tuesday – also featured on the list.

And so did calling a colleague by the wrong name, forgetting to brush your teeth, and considering a nap at your desk.

More than half of respondents admitted to being constantly on the run from meeting to meeting, and many confessed to skipping lunch twice a week due to being too busy.

The research of 2,000 workers, commissioned by natural energy drink Purdey’s, found that two-thirds have been told by someone else to take a break – though only one in six have taken the advice on board.

Three-quarters also said they struggle to find time for themselves, with nearly half (48 percent) feeling like there’s not enough hours in the day.

A spokesman from the brand, which teamed up with Radio 1’s Chris Stark to encourage workers to take a break, said: “When life gets busy, sometimes you’ve got to take some time out to refresh your body and refocus the mind, before diving back into the madness.

“The research has shown an incredible number of workers are pushing themselves hard, without taking a moment to themselves to reenergise.

“Some people live for a fast-paced lifestyle, so it’s all about making sure there’s a good balance.”

Nearly four in ten prioritise others ahead of themselves – while just under a third put work over their wellbeing.

Nearly one in five often work late into the evening – and, as a result, 47 percent struggle to manage their work-life balance.

Aimlessly staring at their phone, and sending embarrassing emails in error, were things that have happened in the workplace due to being busy.

One in six have even admitted to dozing off at their desk, and 44 percent have missed a social event due to their hectic schedule.

On the hunt for a boost, almost half (47 percent) have poured themselves a coffee, while more than a quarter have opened an energy drink, according to the OnePoll data.

During a busy week, 43 percent find it difficult to focus on the task at hand – with going to bed early, stepping out for a quiet walk, and listening to music being the main ways that adults seek to rejuvenate themselves.

More than six in ten said it’s important to be able to get a quick and easy energy lift during a busy day.

Chris Stark added: “Balance is key but isn’t always possible – constantly feeling on the run is a familiar feeling for us all!

“But there are lots of ways to get yourself through those busy days. The study has shown people are always looking for a quick and easy boost.”

TOP 25 THINGS PEOPLE HAVE DONE WHEN THEY’RE TOO BUSY: