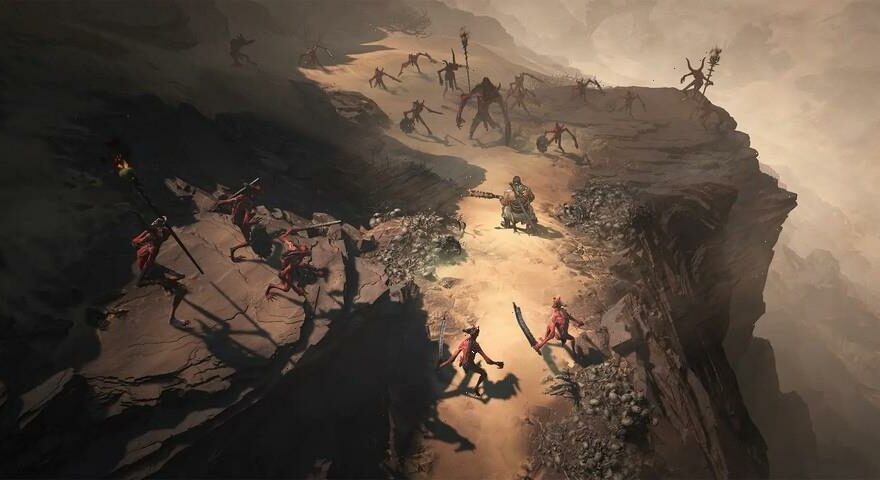 With some gamers estimating roughly 10 years or $110,000 USD to full max out your gear on Diablo Immortal, the controversial release of the free-to-play mobile experience has understandably caused fans of the longstanding franchise to worry about a similar fate for the upcoming Diablo IV. Responding to this concern, Blizzard‘s senior vice president and Diablo director Rod Fergusson has now clarified that the sequel will not be monetized the same way as Immortal.

Taking to Twitter, the producer says that “To be clear, D4 is a full price game built for PC/PS/Xbox audiences,” suggesting that the game will follow its traditional model of not featuring any microtransactions. However, Fergusson went on to say that the team will be “delivering an incredible breadth of content after launch, for years to come, anchored around optional cosmetic items & full story-driven expansions.” The mentioning of optional cosmetic items and expansions nonetheless fed into fans’ skepticism, believing the game will still feature microtransactions, even if not as severe and broken as the system in Diablo Immortal.

With the game scheduled to release in 2023, it’s still largely unknown what the model will look like, so Diablo fans should definitely be on the lookout for more updates to come.

Elsewhere in gaming, Ubisoft will be announcing more about the future of the Assassin’s Creed franchise in September.
Source: Read Full Article