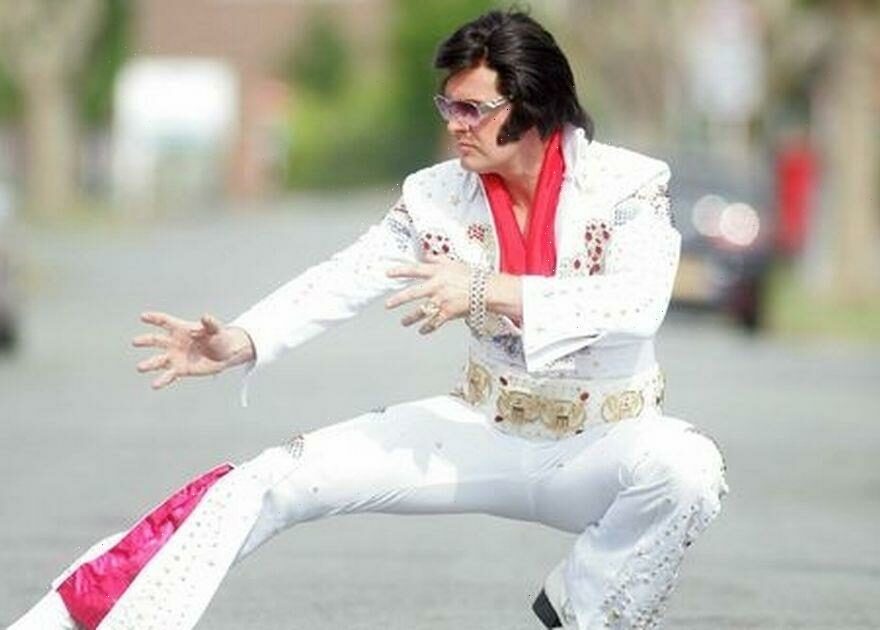 Most of us associate Elvis Presley tributes with Las Vegas, but it turns it turns out there are a whopping 175,000 in the world according to Graceland, the estate of the famous rock ’n’ roll star.

And, one of the planet’s top three impressionists lives on a narrowboat right here in the UK.

Paul Larcombe, who resides in Crewe, Cheshire, was named the third best Elvis impressionist in the world in 2007 competition.

He was the only non-American to make the top 10 and came first in the European heat. Paul was then ranked as the No. 3 Elvis act by USA Today.

And, the bloke has been performing as the Jailhouse Rock singer since he joined the navy aged 16.

Speaking to CheshireLive, Paul explained: "My dad played the ukulele, George Formby, so I played that at an early age. We used to go carol singing and I’d get my ukulele out, all my mates would be behind me singing – I’ve just always gone down that path.

"Elvis just became a good way to entertain people, because of the suit and the wig and the flamboyance of it all. And also, his music is so popular. If you were doing another artist who wasn’t so popular then it wouldn’t work as well, so Elvis is the perfect man for the job.”

While working in the navy, Paul claims the ship’s company would put on shows at sea – and he would play Elvis by “nicking” the officer’s shirts and making tassels from bootlaces.

And, Paul has since performed his act for Queen Elizabeth three times – the first being when he was just 19.

He commented: “They were all there apart from Charles, Diana and the Queen mum. Everyone else was there: Fergie, Andrew, Princess Anne, all the kids, husbands, wives, the Admiral, the Queen, the Duke.

“And she did, she loved it, she was clapping her hands along. It was just like doing a gig for some really nice people.”

Paul left the navy and began to perform around cabaret venues before taking part in the 2007 competition.

He noted: “I went and spent a thousand pound on a wig, a couple of grand on a suit. At the time, my missus was like, ‘We could have a family holiday with all that money, idiot.’

"But it paid off. Within six months I was performing at Graceland in Memphis.”

Since then, Paul only performs as Elvis and has several suits worth thousands of pounds each. And, he’s even visited Tupelo where Elvis grew up.

And, the rock star’s second cousin, Melissa, showed him round the place which helped Paul feel "close" to Elvis Presley.

However, he does insist on wearing wigs instead of having dyed hair and sideburns.

Get all the biggest Lifestyle news straight to your inbox. Sign up for the free Daily Star Hot Topics newsletter.

Paul commented: “I tried it for two years – couldn’t stand it. It was brilliant for the show, but it was rubbish round Tesco.

“You’re just stood in the queue paying for your shopping and someone would go ‘uh-ha’ – and it just isn’t funny after it’s happened two or three times.”

When asked what makes a good Elvis impressionist, Paul said: "Elvis wrote a letter to an Elvis tribute, a guy called David, and Elvis said that ‘mimicry is the highest form of flattery, but it’s important that you don’t lose your own skills and abilities, and develop your own show.’

“I’ve always done that. I always go out and think, if Elvis was looking down, I want to do something that would make Elvis laugh, not just go out and do everything word for word, note for note, movements, mannerisms."