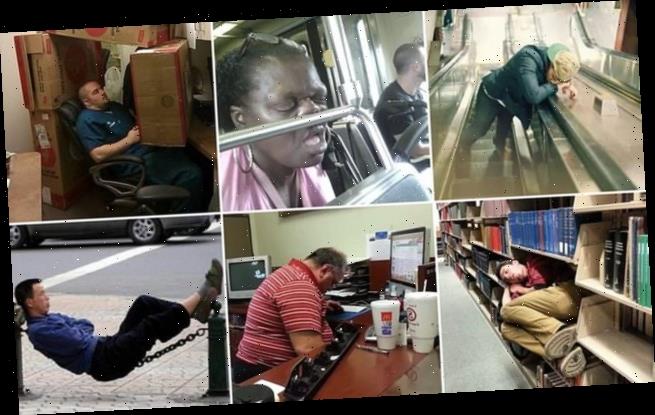 Some people really can fall asleep anywhere! Hilarious snaps reveal VERY awkward spots for a nap – including a moving escalator and a library shelf

Many people will admit lockdown has destroyed their sleeping pattern, as they stay up binge watching series and don’t have an early morning commute to worry about – however, these snaps prove it’s possible to fall asleep anywhere if you become too tired.

Shareably rounded up a selection of the funniest viral images from around the world that captured people snoozing in bizarre positions and places.

Among the amusing images is a man who fell asleep standing on a moving escalator and another taking a nap on the shelf in a library.

Elsewhere, a woman is photographed sleeping on a bus with her nose pressed against the hand rail. 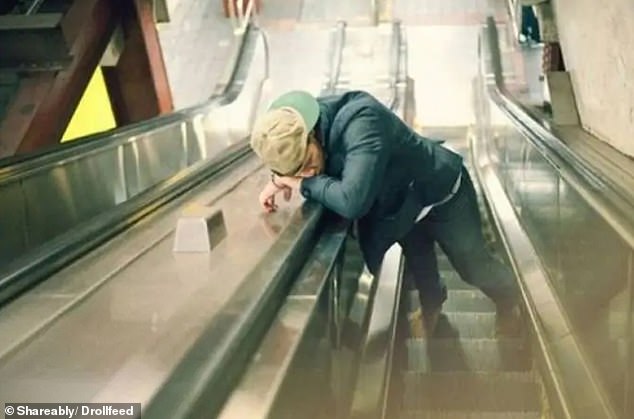 Up, up and away! Shareably rounded up a selection of viral images of people sleeping in public – including a man having a snooze while on a moving escalator 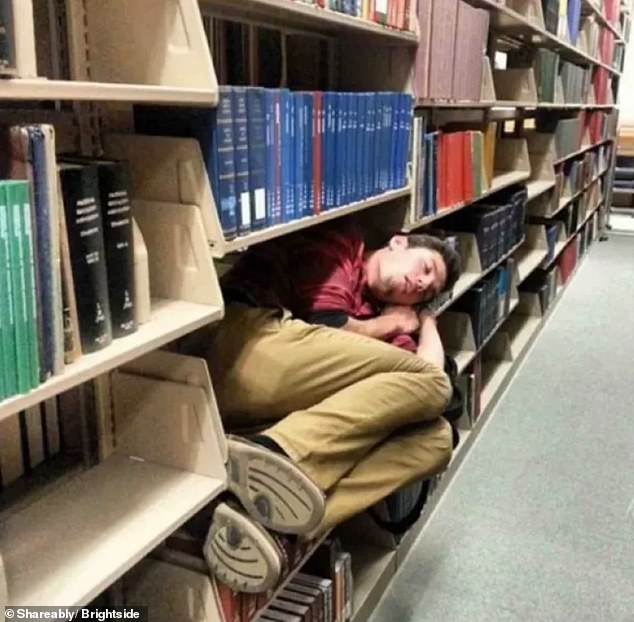 One man who appears to have exhausted himself studying, found an empty shelf in the library to take a quick nap 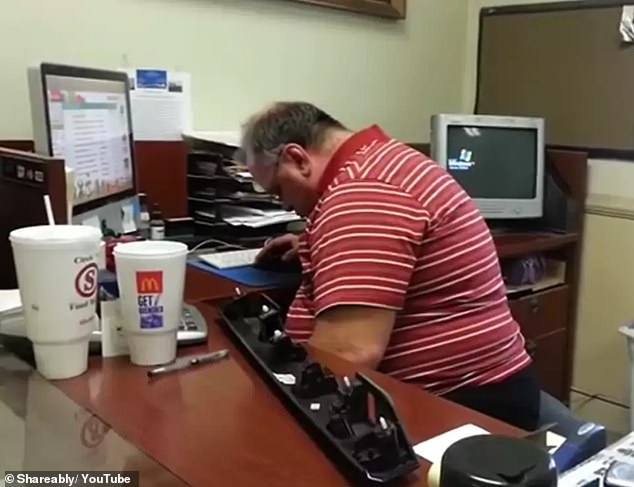 Shut down! Another man was photographed slumped over his work desk with his hand still on the computer mouse 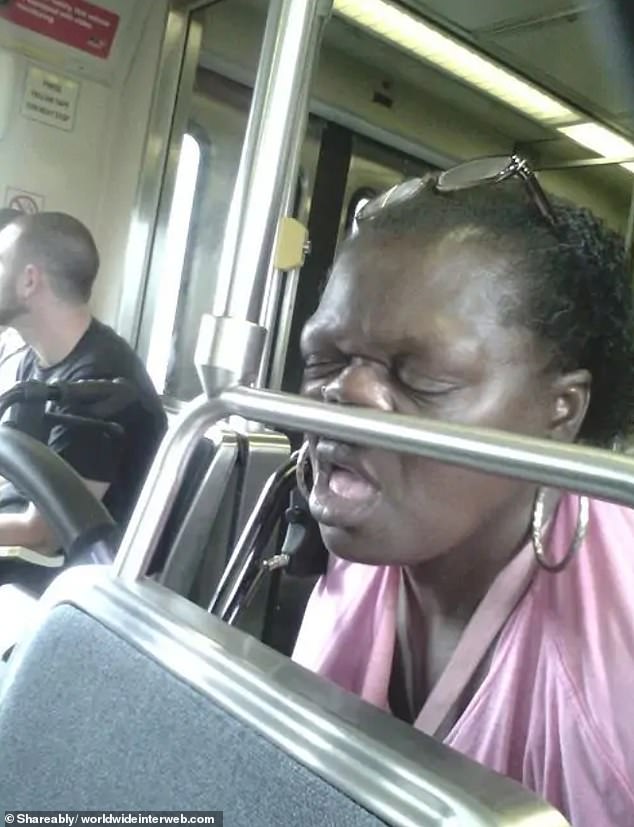 All stops to the land of nod! A woman who fell asleep on a bus had the misfortune of being snapped with her nose pressed against the hand rail 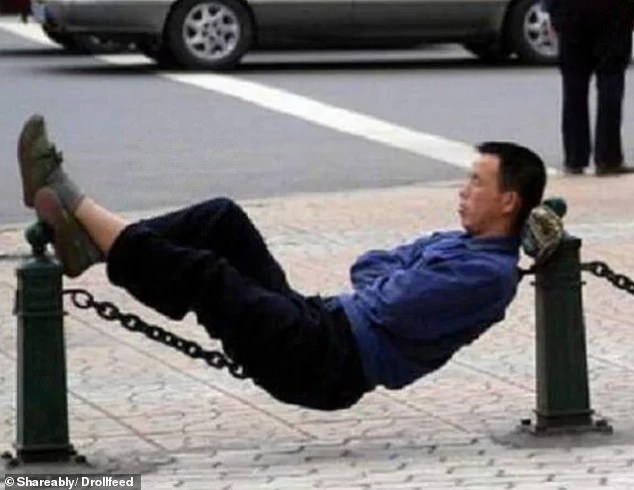 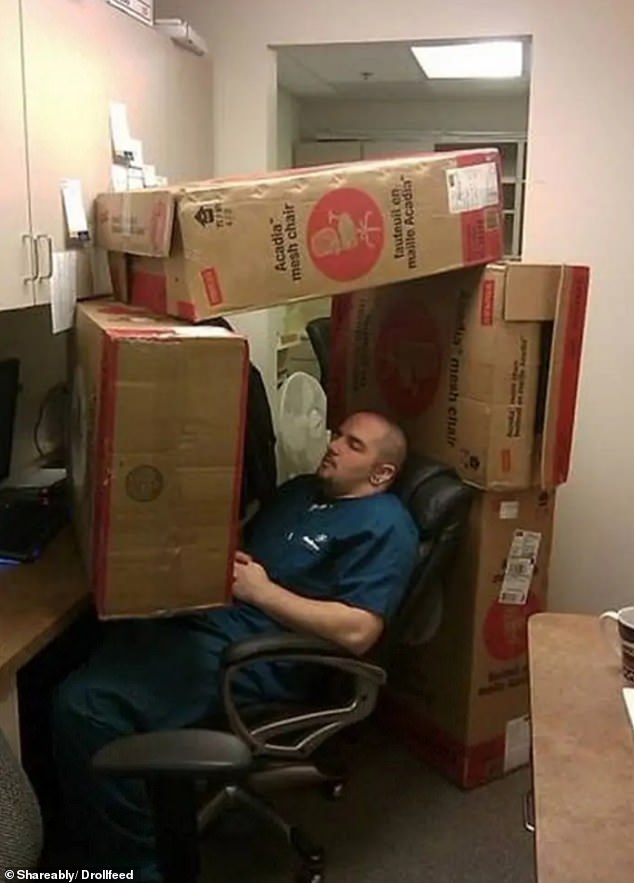 Snooze the alarm! One man slept unaware of the boxes waiting to fall on him when he wakes up 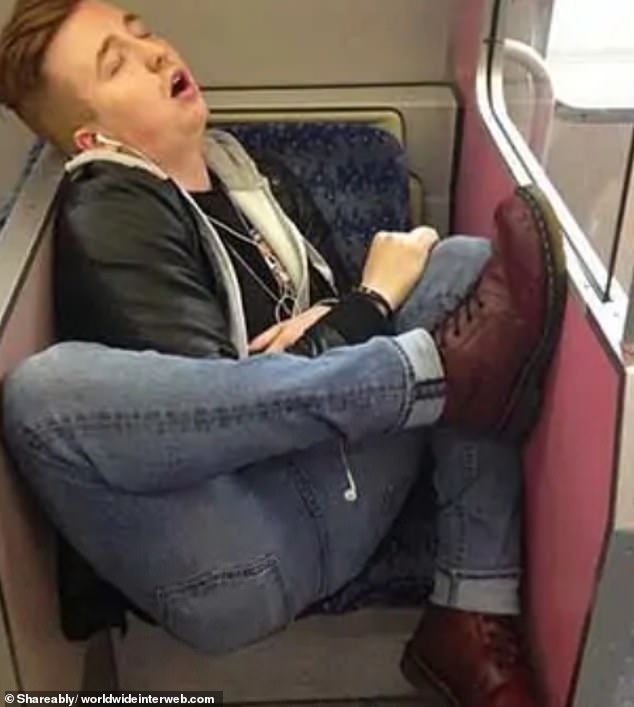 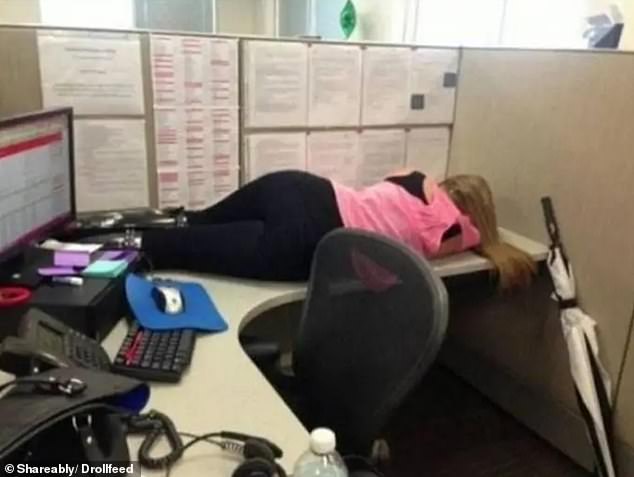 Beds are old fashioned! A woman who wanted to take a nap at work chose to clear a space on her desk 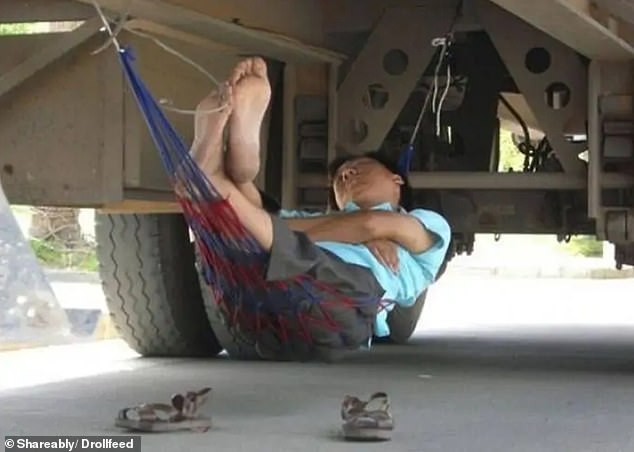 At least the sun isn’t in his eyes! One man set up a hammock under a truck to catch up on sleep without going home 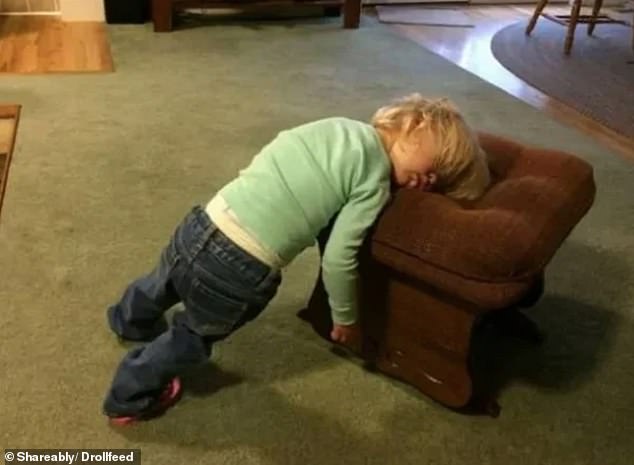 Nap time! A child chose a foot stool as the perfect place to rest their head while having a good night’s rest